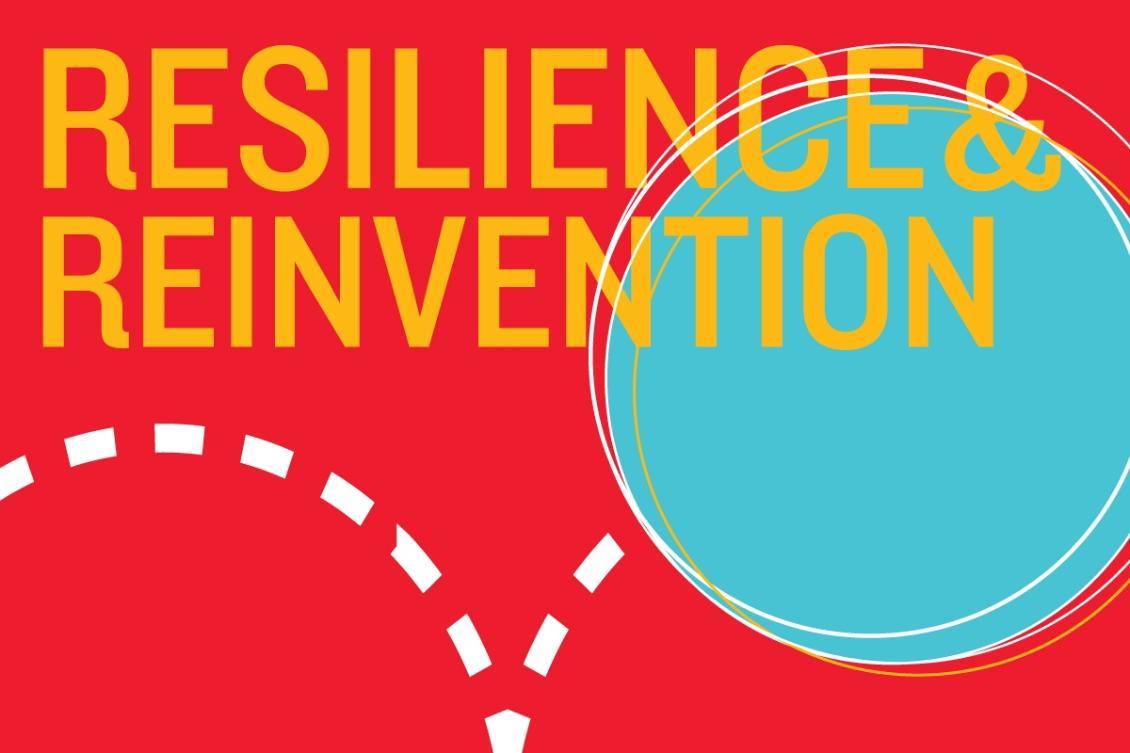 COVID-19 is arguably the most disruptive event for US higher education since WW II, and Albers faculty and staff are responding with remarkable creativity and innovation to ensure that our students receive a first-rate education during this unprecedented time. Even this edition of the Albers Brief is pivoting from its normal print and digital format to just going digital.

But it’s not just about format. This edition is dedicated to spotlighting how Albers alumni, faculty and staff are all responding to the crisis.

As an example, all our business courses in the spring quarter are being delivered remotely. Some classes are fully online and asynchronous. Others are a mix of asynchronous and synchronous learning.

This was a big lift for many of our faculty in a very short time and we are grateful for their extra efforts. It is another example of how we keep our students front and center in everything we do.

It is the core values of our university that is sustaining us and guiding us through these unusual times. This includes the value of Care and putting the good of students first. The health and welfare of our students, as well as our faculty and staff, has been a key driver for us, including being one of the first universities in the nation to make the switch to remote learning and close campus.

Our core values around Diversity and Justice have motivated us to insure all our students continue to have access to a Seattle U education. Thus, we have developed financial assistance programs for students hit especially hard by the crisis, including providing access to technology when students could no longer access campus technology resources.

We know our world will never be the same, but we will emerge from the COVID-19 crisis doing our work in exciting new ways. We will have learned a great deal about ourselves and about how to do things differently.  We will continue to keep our students at the center of everything we do and make sure they receive a high-quality business education no matter what the circumstances are.

Thank you for being here now and always to support the Albers School of Business and Economics at Seattle University.

When the Going Gets Tough, Albers Innovates

As COVID-19 cut a grim swathe through the world as we knew it, among the few bright spots were the many examples of innovation demonstrated by Albers alumni, faculty, staff, and students.

Below are some of the new ideas and initiatives that the pandemic catalyzed, in record time. 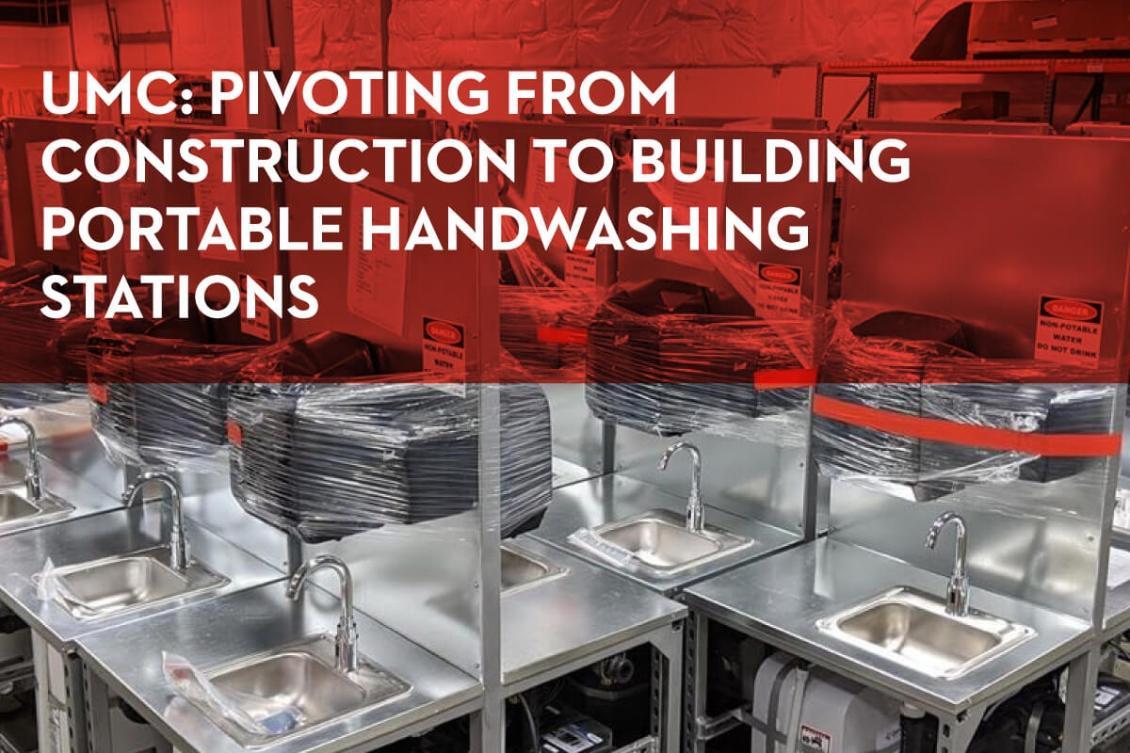 SU double alum Steve Brooks (mechanical engineering and Executive Leadership Program) is vice president of business development at UMC. He told the SU Voice that the shift to making portable washing stations as construction projects were halted allowed the company to sustain more than 30 full-time jobs while continuing to serve an emergent community need.

The handwashing stations were originally designed for the construction sites that UMC works on but have applications far beyond one industry. The company reports that hundreds have now been delivered to homeless shelters, warehouses, manufacturing plants, healthcare facilities, grocery stores, and commercial offices. 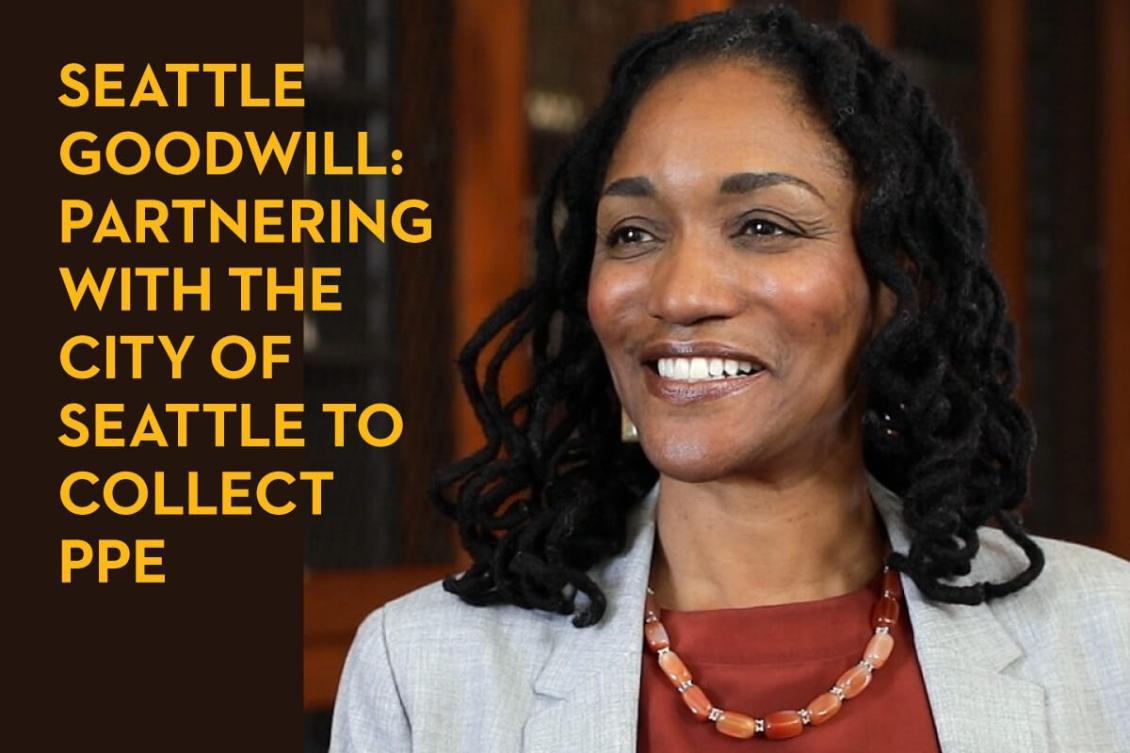 Mayor Jenny Durkan’s office had requested donations of new and unused N95, P100 and surgical masks as well as gloves, disposable downs, eyewear, and more. The effort was targeted at dental offices, veterinary clinics, other non-emergency facilities, construction companies, and private citizens who may have had supplies. 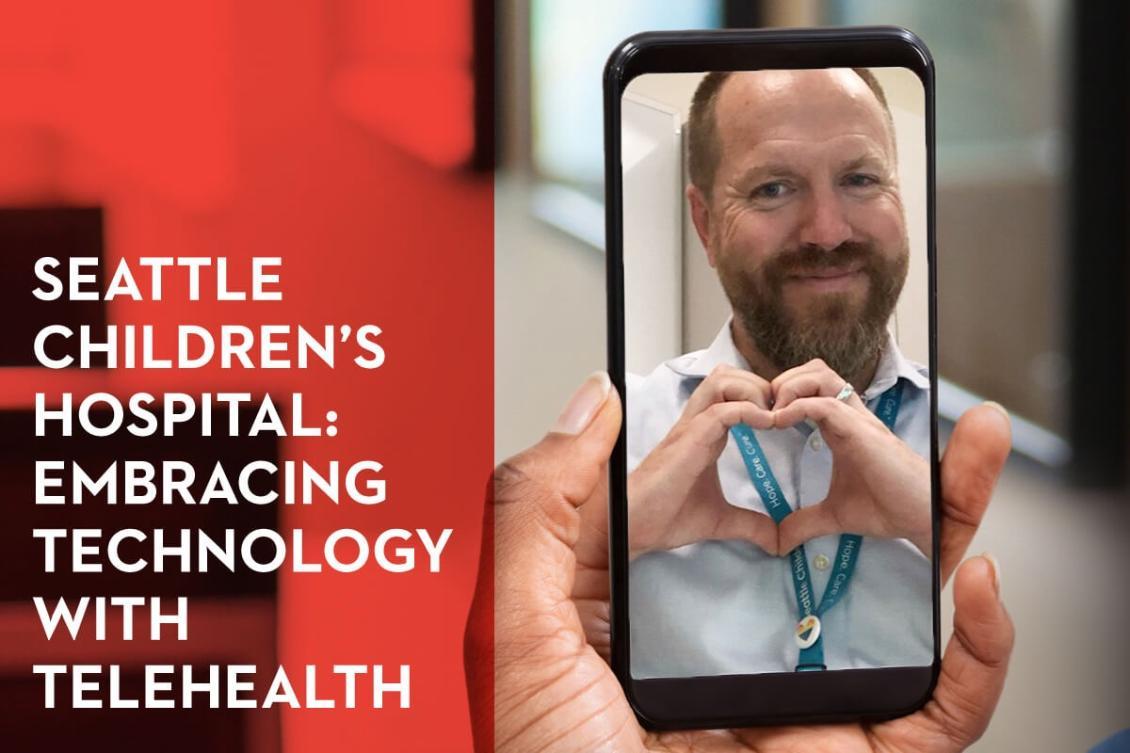 According to Leadership EMBA student Dave Hall, Manager of Ambulatory Psychiatry and Behavioral Medicine Clinics at Seattle Children’s Hospital, the pandemic ‘forced us to embrace a technology that has existed for years but was under-utilized.’

Hall, along with his colleagues, had been working 80+ hour weeks to get their 100+ outpatient psych providers trained to provide mental health services through Telehealth. Seattle Children’s usually sees between 750 to 1,000 patients per week in their mental health clinics.

‘It’s been a massive juggling act to pivot from offering in-person appointments to conducting therapy from a provider’s home to a patient’s home, Hall said. ‘As our providers become more proficient facilitating Telehealth services, this might be the moment that transforms how we provide mental health services in the future.’ 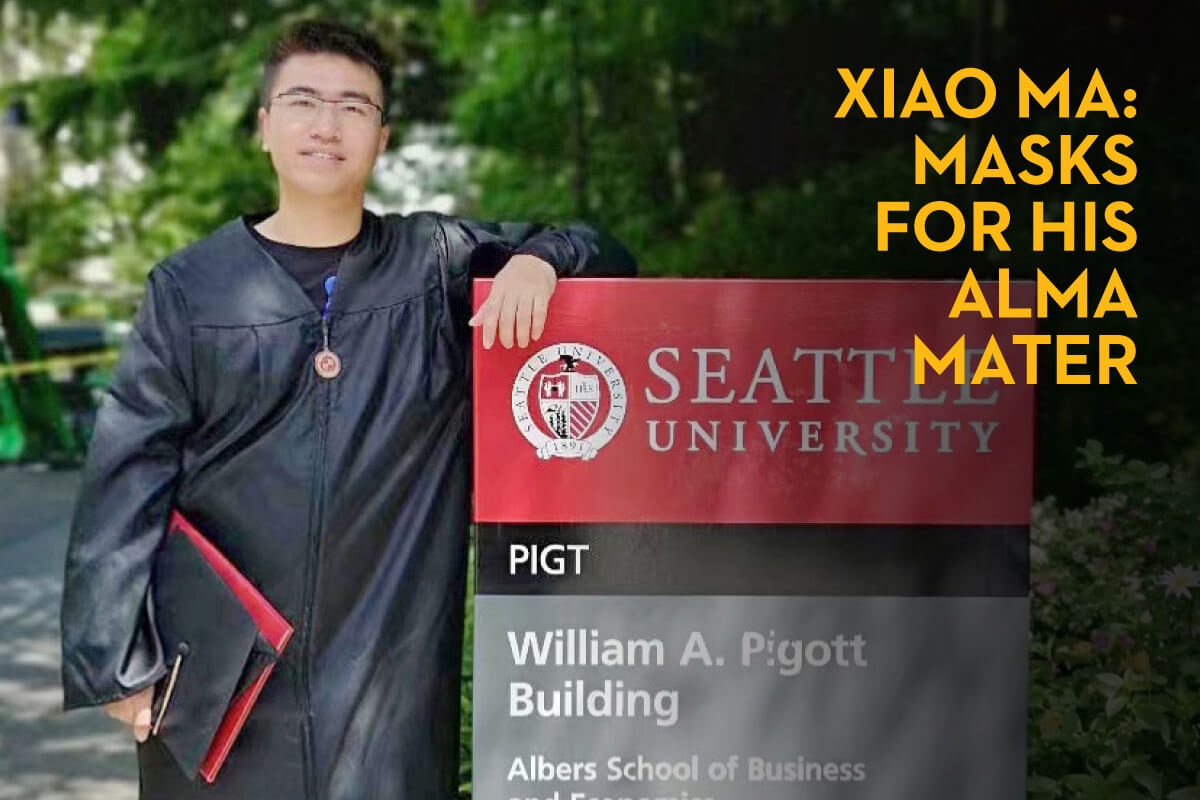 In February, a Pigott classroom had to be cleared because of a student who had come into contact with a potentially infected person. When BABA 18 alum Xia Ma heard of it, he wrote Albers Assistant Dean Dr. Teresa Ling asking whether he could send Albers any masks.

Ma is in his native China, working for magnetic alignment technology company Magna Drive. When Dean Phillips heard that SU facility cleaning staff were short on masks, Ling contacted Xiao who immediately packed up 1,500 masks for DHL. As supply chains and logistics became snarled due to the pandemic, Ma’s masks went on a circuitous journey to get to Seattle.

Initially his shipment was not cleared to leave China for the US, so Ma had them sent to Singapore, where he figured that they would be able to get to their destination. The masks arrived as Singapore saw a jump in COVID cases. Ma’s shipment languished in the island state for a month, after which they were released and sent to Hong Kong, and then on to Seattle.

Throughout all of this, Ma did not stop finding ways to get masks to Seattle University. Albers received 300 from a warehouse in California at the end of April. The 1,500 masks arrived in Seattle in mid-May.

The donation was very much appreciated. SU Facilities Services Lead Custodian Don Kustus said, ‘This is a GREAT example of all the good that is in the world and how amazing the students are at SU.’ 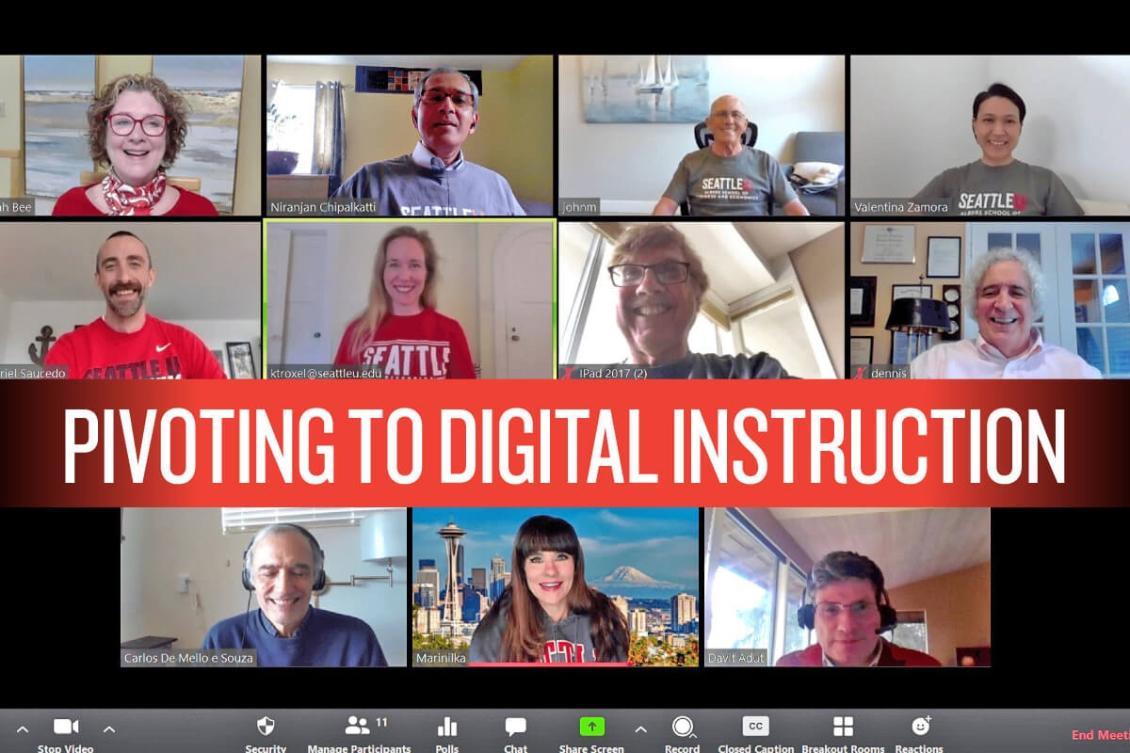 Right before Spring Quarter, over 1,000 courses at Seattle University were converted for remote learning in a period of three weeks. All business courses were delivered remotely. Some classes were fully online and asynchronous, while others were a mix of asynchronous and synchronous learning.

Albers faculty got up to speed on Zoom, Canvas, and other online tools. Proficiency and confidence in the new medium have increased to the point that Albers is now offering prospective students the opportunity to observe a class virtually. All they need to do is sign up online.

Bridge MBA Program Director Nathan Colaner and Operations Management Professor Greg Magnan circulated a daily newsletter on all things digital education called the Viral Spiral. The Spiral, which morphed into a Canvas Group site, contains tips and hacks from how to take attendance through Zoom to using student videos in quizzes.

Teachers stepped up to make their classes as engaging as possible. Associate Professor in Accounting Gabe Saucedo wore different hats each week in his ACCT 4350 class, starting with a magician’s hat, followed by a Storm Trooper’s hat, then a chef’s hat. The Storm Trooper hat was accompanied by a lecture on audit quality and the importance of independence, objectivity, and ethics, i.e. not giving in to the Dark Side.

‘I think many were under the impression that online teaching was something that would occur in the future,’ Magnan told Seattle University’s Newsroom in late April. ‘Well, the future is now, and our faculty have risen to the challenge with clever learning ideas and being flexible.’ 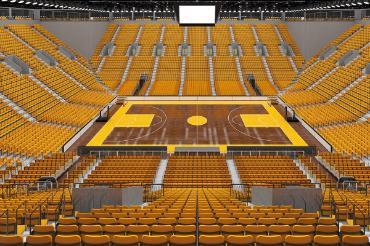 Albers programs have also begun pivoting to stay at the leading edge of the content areas and skills they teach. The Master in Sport Business Leadership (MSBL) program has been having in-depth conversations with industry professionals, advisory board members, and other contacts, asking them how they see a post-COVID-19 sport world emerging.

‘Sport as an industry is one of the hardest-hit industries, along with music,’ said MSBL Program Director Maylon Hanold. ‘What we’ve learned will shape how and what we teach in the coming academic year.’

Changes to content will dwell on how sports is planning to retool post-COVID-19. For instance, Hanold said the incoming cohort will hear from four to six local teams and sports businesses about different function areas and how they’re responding to the pandemic.

‘They’ll talk about how they’ve weathered COVID-19 through continued focus on their culture and mission. They’ll learn how the Seahawks used data analytics in their day-to-day [operations], and what changed and what didn’t due to COVID-19.’

Other course content the MSBL program will feature includes innovations in corporate partnerships and how sports teams are building sales and community engagement in the absence of live events. Hanold said they are also purposefully creating a special topics course that will spontaneously capture where the sports business world is at that moment and what has proven successful in getting sports back on its feet.

‘We’re fortunate enough to be able to be nimble to do this,’ she said. ‘This runs counter to some ways of teaching in which the same course with the same syllabus is taught year after year. It takes a structure that allows some flexibility and a willingness on the part of the professors – we have both!’ 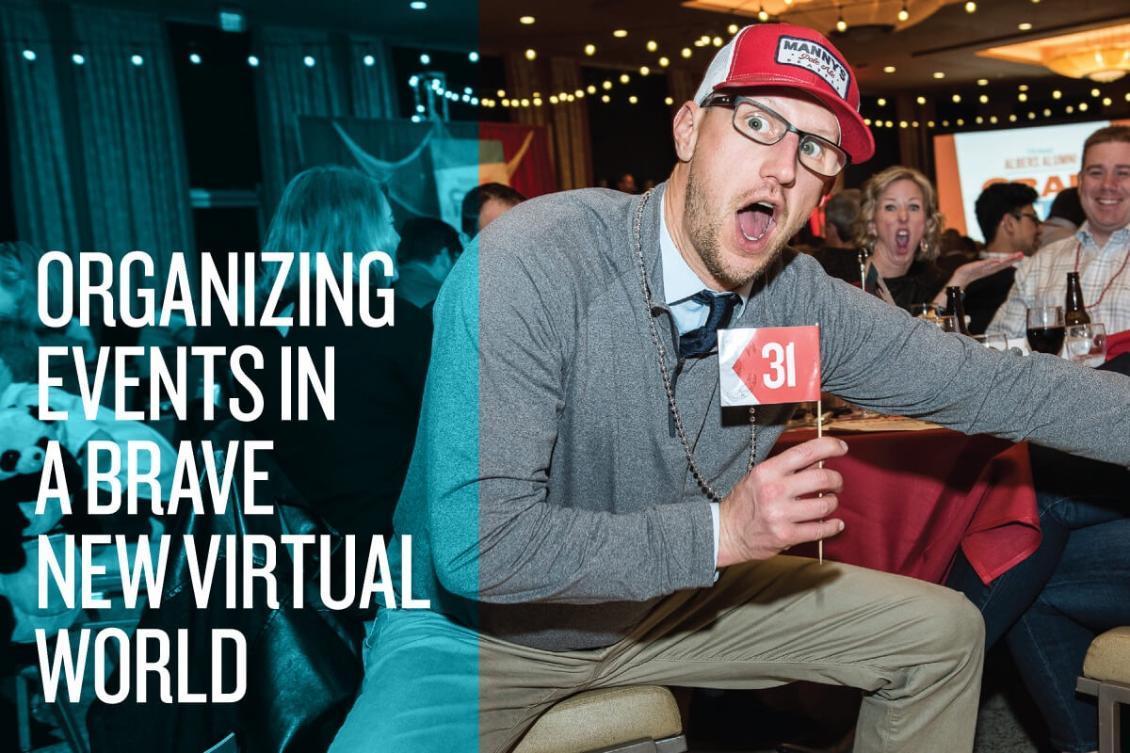 Staff services continued without skipping a beat throughout March and April. Signature Albers events were successfully transitioned online, thanks to creative thinking, tight organization, and the wonders of technology.

Albers grad and undergrad advisers used Zoom to counsel and coach students. The Albers Placement Center experienced a surge of requests on career advice and guidance. It responded with Zoom drop-in hours and webinars on a host of topics including resiliency during adversity, job search strategies for international students, and how to job search using LinkedIn.

The 18th Annual Albers Alumni Crab Feed morphed into an online auction that stretched over six days instead of the traditional night, raising $40,000 for the next generation of Albers scholars. As their inspired social media campaign said, ‘it was clawsome!’.

The Harriet Stephenson Business Plan Competition went virtual for the first time in 22 years. Nineteen teams delivered their pitches to the judges using Zoom, with over 150 joining to watch. The finals will take place on May 29th, with $20,000 up for grabs. You can join the finals by registering on its Eventbrite page.

The Innovation and Entrepreneurship Center’s Resource Amplification and Management Program (RAMP-up) continued to advise underserved businesses in Seattle’s communities. It added counseling on new US Small Business Administration lending programs to its repertoire.

The Center for Leadership Formation (CLF) produced a new series of short videos on its Executive Leadership Certificate Program (ELP). The video clips feature alumni discussing the personal and professional transformation they experienced as a result of the highly regarded certificate program, which also serves as the first two quarters of the Leadership Executive MBA program. The series also features Executive Education faculty offering insights about Albers’ programs and teaching at Seattle U, as well as advice they’d give to prospective students.

Another video series, this time featuring long-form content, was also launched in mid-May. The Albers Deep Dive consists of 30- to 45-minute slideshows presented by Albers faculty and subject matter experts, recorded exclusively for YouTube. The videos will be dropped on a regular basis, starting with Economics Assistant Professor Erin Vernon’s Healthcare 101. 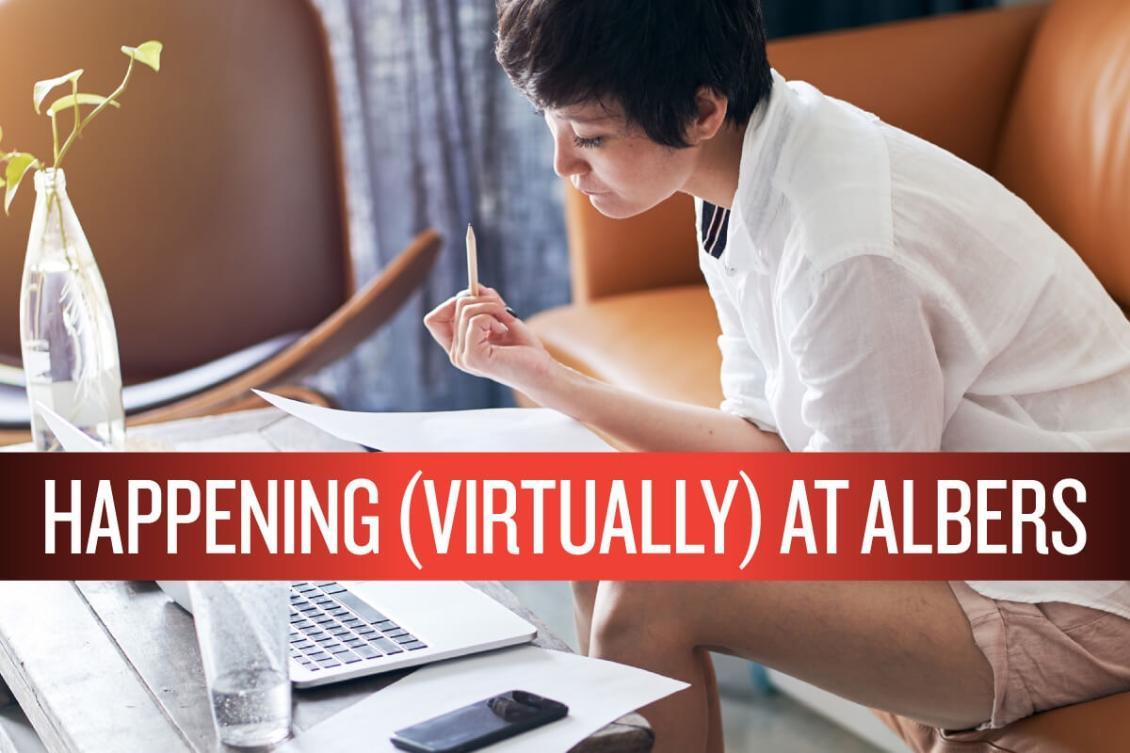 The Albers Deep Dive is a new video series comprised of 30- to 45-minute slideshows presented by Albers faculty and subject matter experts. Recorded exclusively for YouTube, the videos are dropped on specific dates listed below.

The Harriet Stephenson Business Plan Competition takes place May 29th from 4 to 6 p.m. via Zoom. Registration is fee; sign up on the Competition's Eventbrite page.