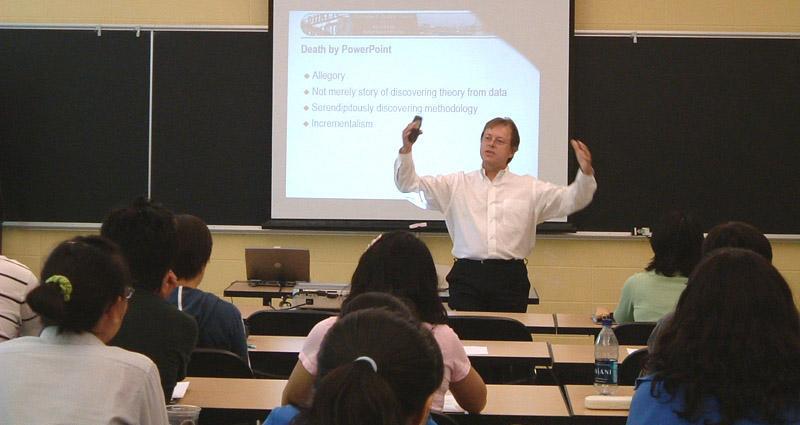 David Reid joined Albers in 2006 as the Thomas F. Gleed Endowed Chair in Business Administration. In 2008, he migrated from that visiting position to a tenure track line as Professor of Management.

Reid has published over 40 journal articles and six books or monograms during the course of his career. This includes publications in highly regarded outlets such as the Strategic Management Journal and MIT Sloan Management Review.

Since joining Albers in 2006, he has published more than 10 articles in publications included Business and Society and the Thunderbird International Business Review. He also has many conference presentations and nine book chapters. In 2008, he published an article in the Wall Street Journal and, while not a refereed outlet, it is widely read and circulated.

Reid he was keen to share his expertise on China upon his arrival at Seattle University. He set about organizing a series of Gleed Chair Lectures and China CEO Clinics. Both were very successful and attracted a number of people from on and off campus because of the timeliness of his topics.

Reid was also behind the creation of the Albers Center for Global Business, serving as co-director, and has played a role in the assessment process for Albers’ international business undergraduate program and the former Master of International Business degree.

As Department Chair, part of my job is to staff courses with appropriate faculty. David made my job easier given his expertise in Chinese Business Practice, International Management, and Strategic Business Policy. He was a great resource for the Department and a joy to work with.

David is retiring after more than four decades as an academic, which is an amazing legacy to have established. Perhaps his greatest contribution to Albers has been the wealth of contacts and connections he has around the globe, particularly in China. He has been instrumental in allowing us to deliver a truly global education to our students.