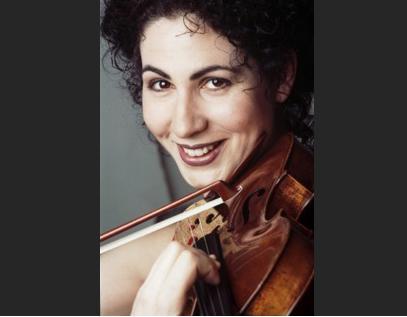 Rebecca Young joined the New York Philharmonic in 1986 as its youngest member. In 1991 she won the position of Associate Principal Viola. Two months later she was named principal viola of the Boston Symphony Orchestra. After spending the 1992–93 season in Boston and two summers at Tanglewood, she ultimately decided to return to her family in New York, resuming her Associate Principal position with the Philharmonic in September 1994. She can currently be seen leading the viola section of the All-Star Orchestra, a popular televised educational series about classical music.

In the spring of 1999 Ms. Young joined Philharmonic Principal Viola Cynthia Phelps in the World Premiere of Sofia Gubaidulina’s Two Paths: Music for Two Solo Violas and Symphony Orchestra with the Philharmonic. The work was commissioned for them by Tomoko Masur, wife of Philharmonic Music Director Emeritus Kurt Masur and herself a former violist. The two performed it at Avery Fisher Hall, in Washington, D.C., and again during the Orchestra’s subsequent tour of the Canary Islands, Spain, and Portugal, as well as the Europe 2000 Tour, and again in April 2011, at Avery Fisher Hall (now named David Geffen Hall). Ms. Young is a graduate of The Juilliard School.

Ms. Young was first introduced to music at the age of two when her parents took her to the New York Philharmonic’s Young People’s Concerts led by Leonard Bernstein. Today, she is the host of the Philharmonic’s popular Very Young Peoples Concerts, intimate chamber music concerts where she has tap-danced, played drums, ridden a scooter around the stage, and even sung Gilbert & Sullivan. Her philosophy is less to educate than, as she puts it, “to make the audiences have so much fun they want to come back!”