From March 9 to May 18, 2019, Hedreen Gallery hosts a solo exhibition by Seattle-based artist Markel Uriu. In An Object Lesson Uriu presents a series of works on paper and a large-scale paper installation which investigate mainstream narratives and rhetorics surrounding “invasive species” of plants and animals.  The opening celebration, free and open to the public is March 9 from 4 to 6 p.m.

An Object Lesson focuses on the legacy of the starling, a European bird introduced to North America in 1890 on the grounds of the bird’s mention in William Shakespeare’s play Henry IV, and since classified as an invasive species. The "lesson" of this exhibition centers physically on the creation of an immersive paper installation, introduced as a wireframe armature when the exhibition opens March 9 and accumulating exponentially over the 10-week run through a participatory production process. The installation also includes a photocopy production workstation where gallery visitors can engage with the craft of fabricating the installation while reading and listening to research that explores the nature of species designated as “invasive” and unpacks these species' relationships to colonization, globalization and ecological impact.

This new body of work builds upon the foundations of Uriu’s research-based installations at SOIL and Bridge Productions and an artist residency at Amazon headquarters in Seattle in 2018. 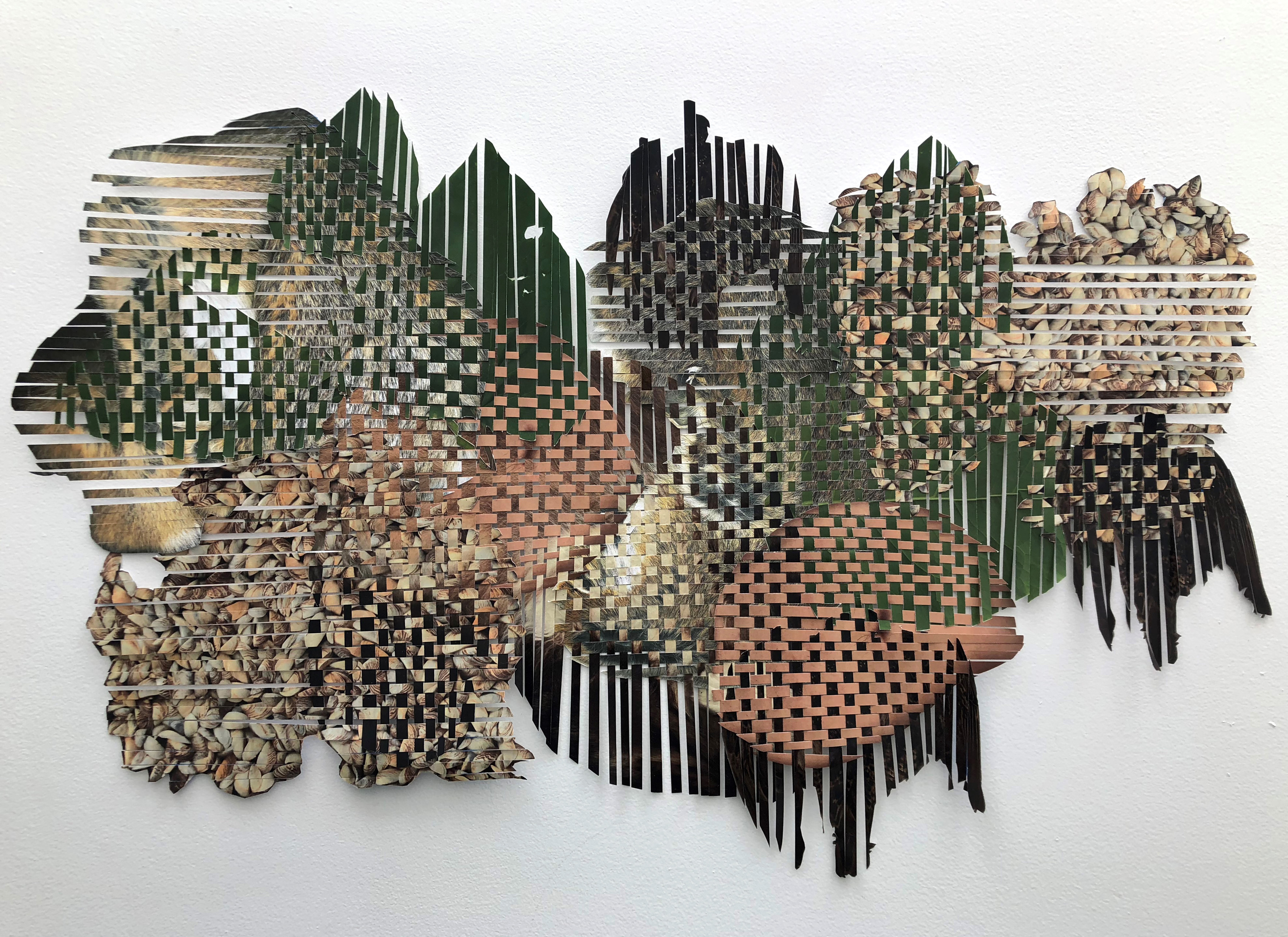 Markel Uriu is an interdisciplinary artist based in Seattle, WA. Her work explores impermanence, maintenance, and the unseen. Drawing from her Japanese and Irish-American heritage, she is particularly interested in liminal spaces and explores these concepts through ephemeral botanical narratives and two-dimensional work. Her subjects of time, cycles, and cultural interchange have culminated in a fascination with invasive species. Her current work explores the nature of invasive species, their environmental impacts, and their links to humanity, colonialism, and globalization.

Markel received her BA from Whitman College in 2011. She is the recipient of various awards and residencies, most recently the 2018 Amazon Artist in Residence, and the 2016-2017 Artbridge Fellow at Pratt Fine Arts Center. She is a member of the Lion's Main Art Collective for Queer and Trans Artists, Seattle and SOIL Gallery, Seattle, and has shown throughout the United States. 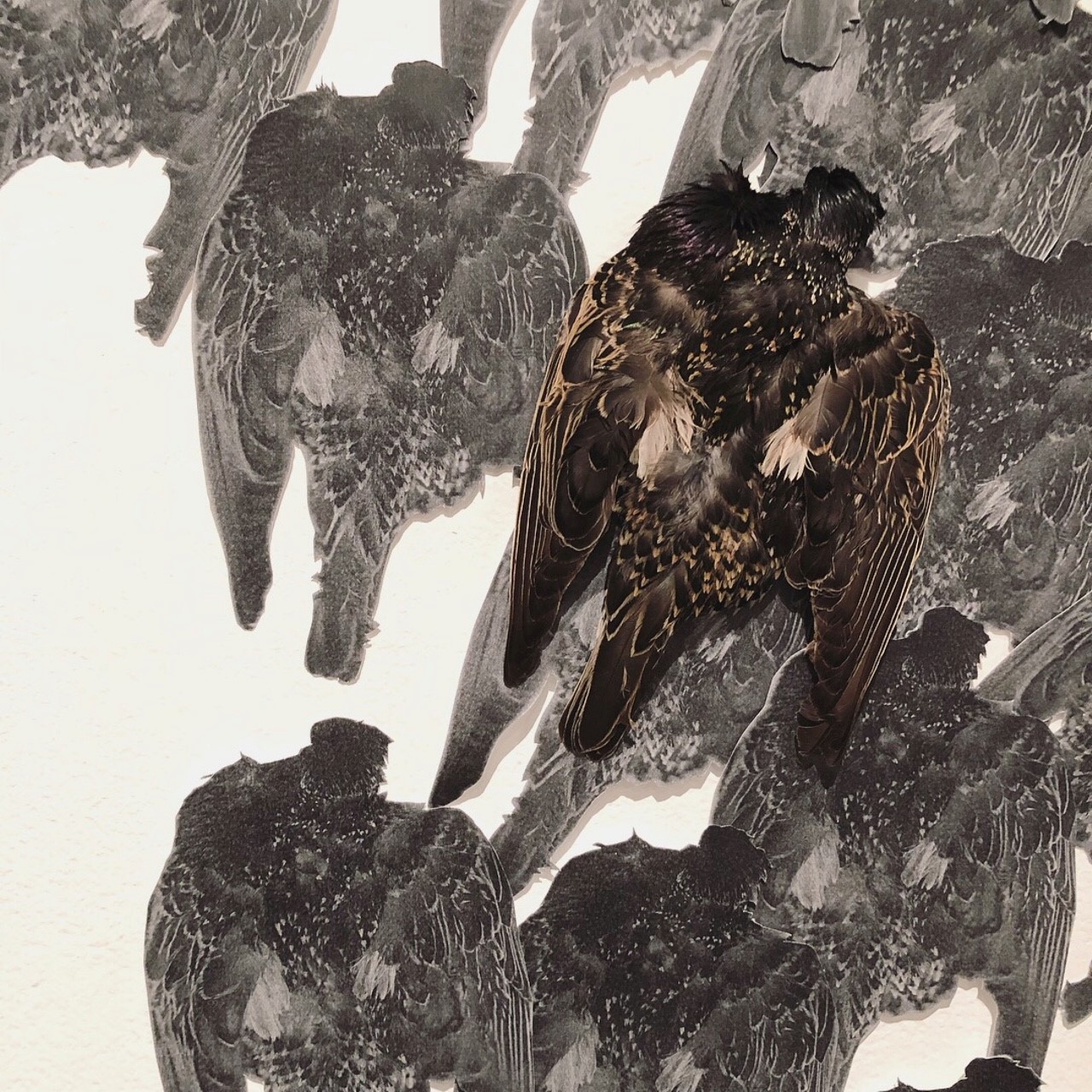 IN THE ARTIST’S WORDS: MARKEL URIU

My work deals with impermanence, maintenance, and decay. I use organic materials to create pieces that are always in flux, highlighting and measuring time. Their creation is invested with care, reflected in the presence of the hand, the repetitive processes, and mundane rituals needed for them to emerge. Repetitive arrangements create a visual rhythm, evoking the cyclical nature of living: the heartbeats, breaths, and blood flow essential to life, and reflect my interest in feminine labor: quiet, vital and overlooked. Accumulations create space to reflect on acts of emotional endurance and the fragility of what is built.

I am interested in the fluidity and complexities that exist within our histories. I explore this using my personal experience as a multiracial Yonsei, someone in the 4th generation away from Japan. As a mixed American, I exist in a space between cultures. Engaging with the simultaneous rift and connection felt to my heritage, I must often rely on my own interpretations of cultural traditions, even as the traditions shift with generational change. This process is shown with my pieces themselves, which, continuously build and, despite the time and labor devoted to them, decay to the point that only an echo remains.

These interests in time, cycles, and cultural interaction has spawned a fascination with invasive species. Through these lenses and processes, I am exploring the nature of invasive species, their environmental impacts, and their links to humanity, globalization, and colonialism. With the increase of movement of humanity, more and more organisms have moved with them. As a result, invasive species have contributed to drastic shifts in the landscape itself, creating physical manifestations of history and narratives of the people that move them.

Untitled (Foreigners), 2018, Scans (Common starling, cat, european rabbit, japanese knotweed, zebra mussel, human), dimensions variable. Nay, I'll have a starling shall be taught to speak nothing but 'Mortimer,' and give it him to keep his anger still in motion. (PNW murmuration), 2018, Starling skin, scans, dimensions variable.