Here you will find all Professionals Without Borders projects that took place prior to 2011. Take a stroll down memory lane with us and relive the beginnings of PWOB!

The trip that started it all. The first ever PWOB trip was a joint effort with the Seattle University student chapter of Engineers without Borders, led by Phil Thompson. Cal Ilher, Mike Mullen, and Steve Szablya were invited to attend, and helped the team repair the entry courtyard of the Jesuit Fey y Alegria Grade School in Managua, Nicaragua.

During the rainy season, about four months each year, the entry courtyard to the school would fill with water, forcing children and teachers to wade through about six inches of water to get to classes each day. The PWOB team, along with Engineers without Borders, graded the courtyard which allowed the water to safely pass into the city storm water curbing, ensuring that the courtyard could no longer flood.

This project, while small, showed the PWOB founders the need for sustainable service projects worldwide, and thus, PWOB was born. 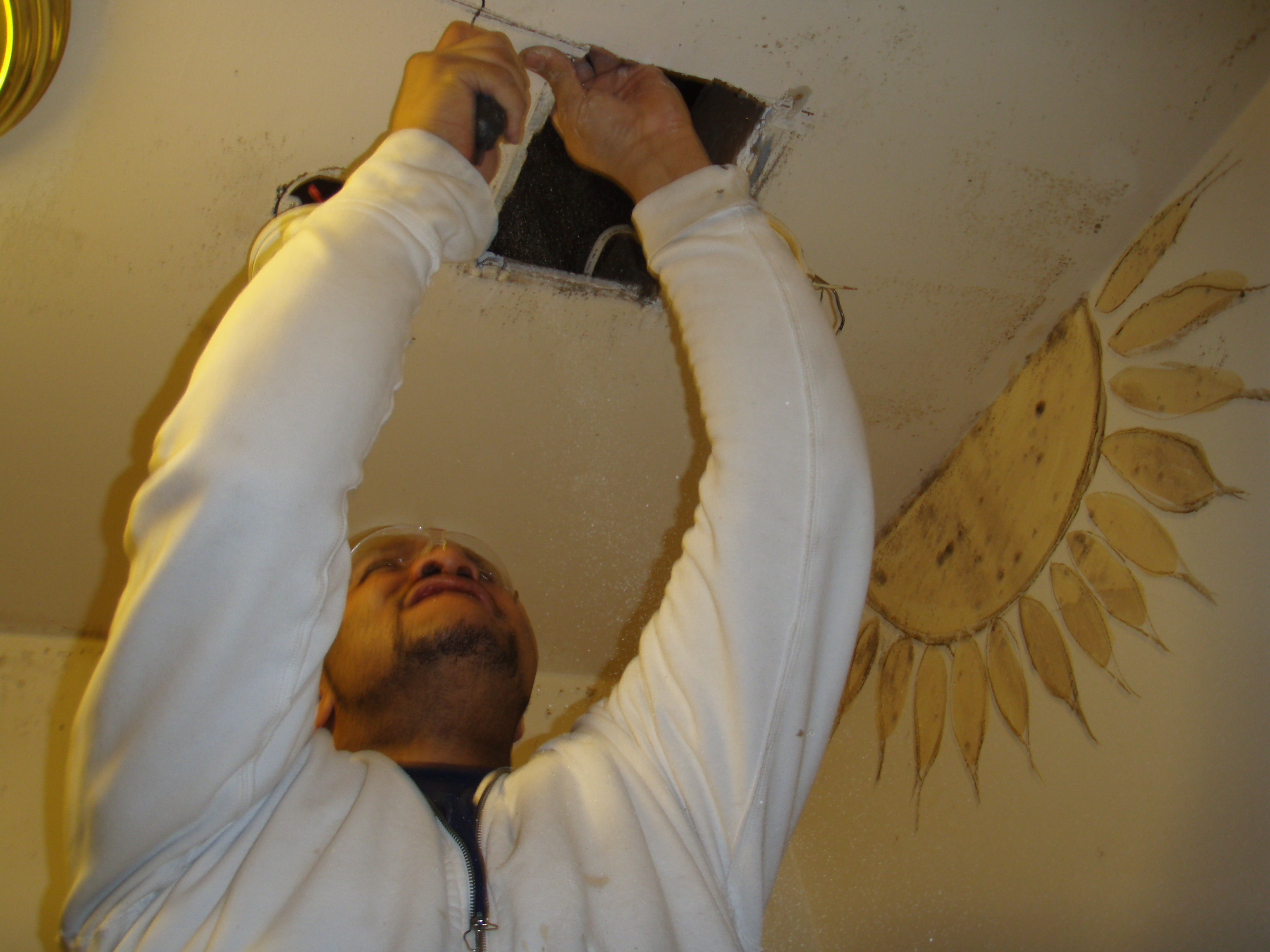 In 2008, PWOB heard through Catholic Worker Services that a local homeless transition shelter was in desperate need of repair. The Tacoma Guadalupe House provides housing for up to 17 homeless individuals for 11 months at a time, allowing them to get back on their feet and find jobs so they can have a fresh start. The homeless of Seattle use that same location as their mailing address, and also make use of the shower facilities.

When PWOB first inspected the location, the showers were in need of significant maintenance and in some cases complete replacement of the fixtures. The team remodeled two full bathrooms that are used by local homeless people to shower and clean themselves. PWOB also fixed a roof in the house, which had been leaking for several years.

While the PWOB founders realized on their trip to Nicaragua in 2007 that many global communities require assistance, the Guadalupe House project also confirmed that many people in our own community are struggling, and from that day PWOB became committed to serving locally as well as internationally. For more information about the Tacoma Guadalupe House, please visit their website.

PWOB joined up with SU’s Engineers without Borders chapter yet again on this unforgettable trip to Jamaica. Under the leadership of Wes Lauer, PWOB installed a major drainage crossing for the washed out road that leads to a medical clinic. 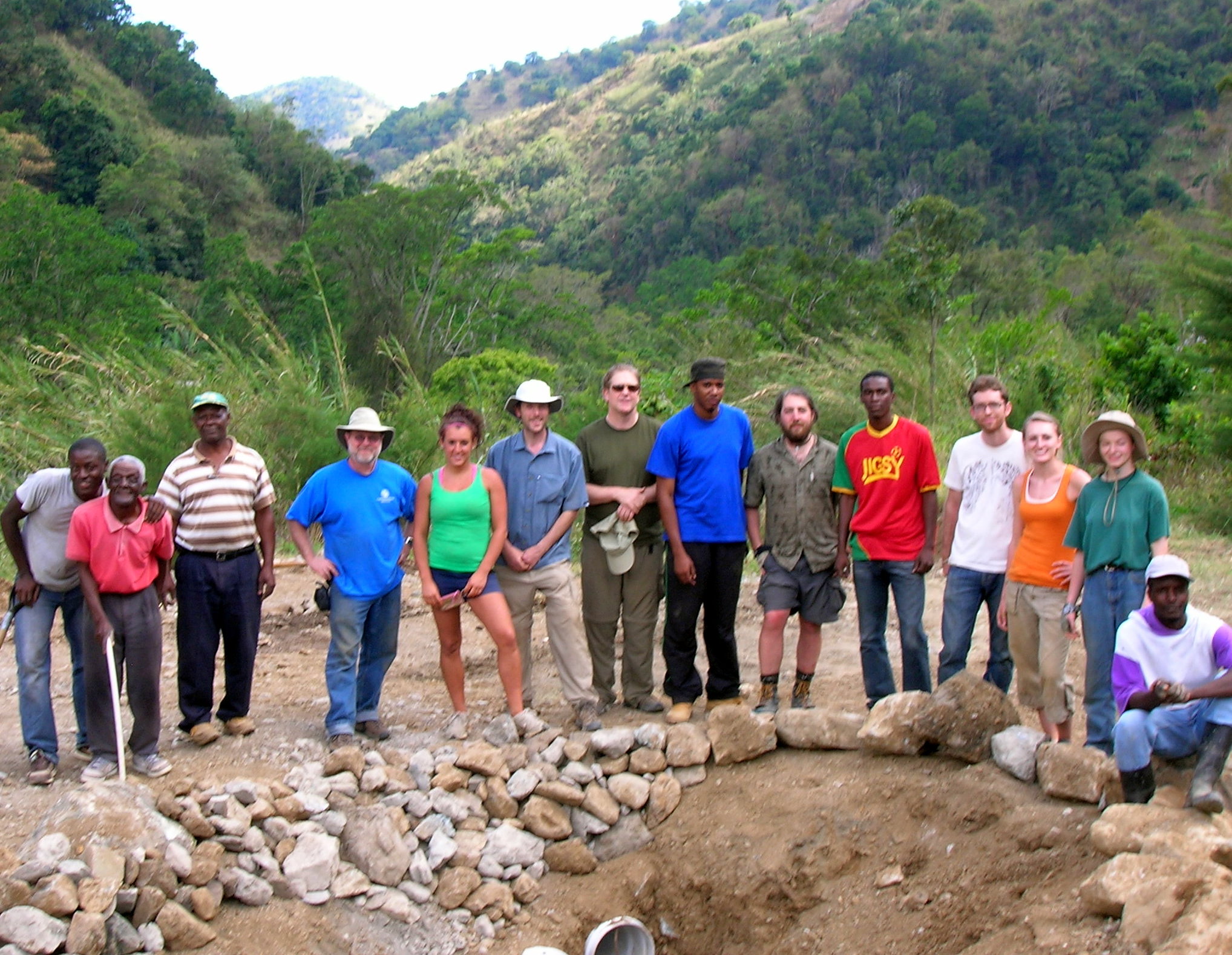 The clinic serves a large area and hundreds of people, and the road had been washed out by heavy rain water a number of times.

This project proved especially challenging as the team also faced a number of ecological elements, including rain and mudslides. Ultimately, the team was successful in repaving the road and introduced erosion control to the surrounding hillside so that the road can no longer be flooded.

PWOB’s first ever trip to Zambia was inspired by the work being done there by Fr. Bert Otten, SJ, who is never at a shortage of worthy projects. Professionals Without Borders worked with Fr. Otten and several other organizations to establish a network of priests and administrators in Zambia to carry out Seattle University mission-related projects. 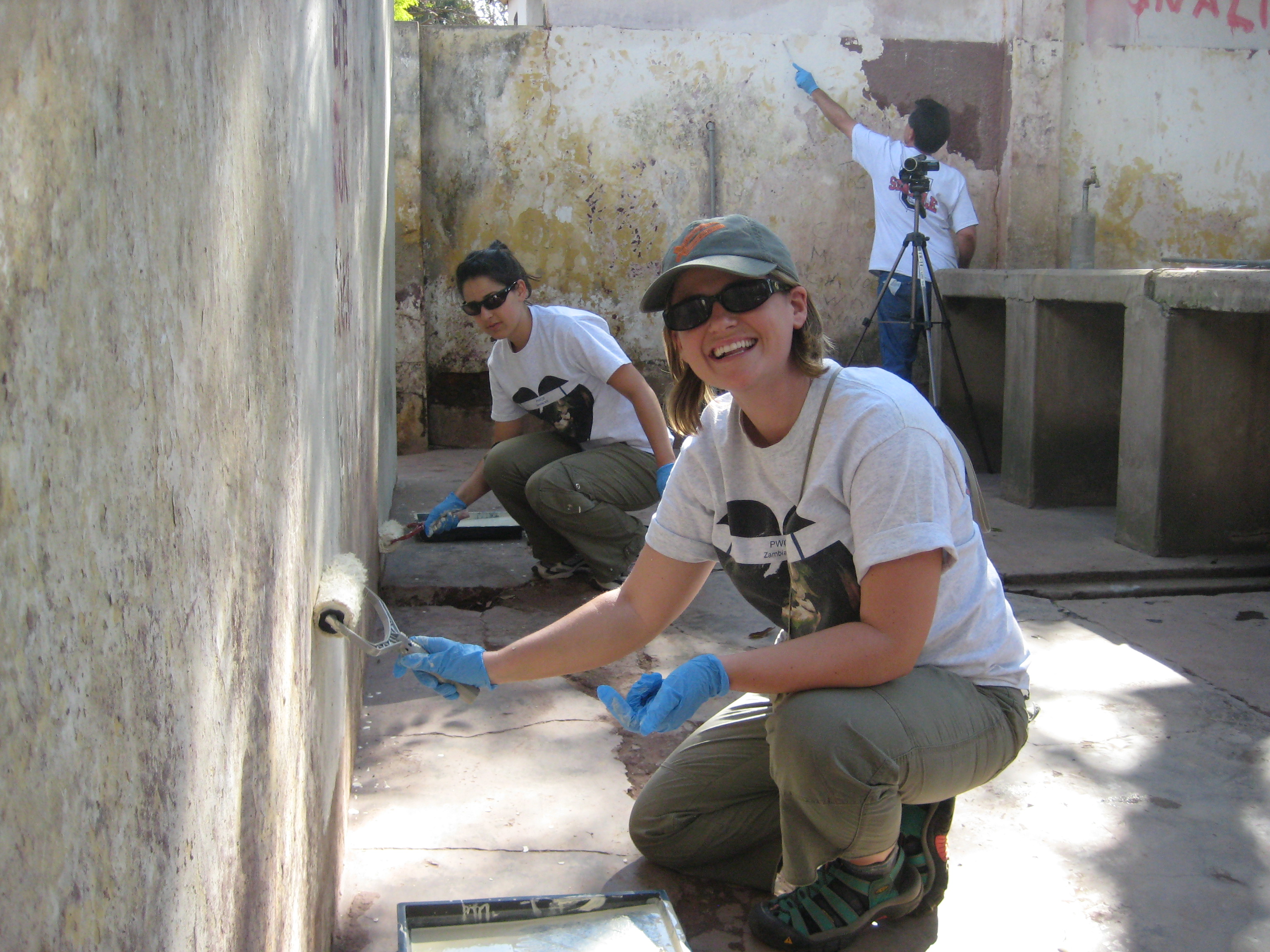 Four staff members and three students traveled to Lusaka, Zambia to begin the primary project of the trip, the renovation of restrooms, showers, and waterworks of the Munali School Special Unit for Deaf and Blind. This is the only school for the deaf in Zambia and is a boarding school with 287 students who live there year-round. The team began by designing a new water system and shopping for parts, a feat that took two full days to complete. The next four days were spent restoring water to the entire system. In addition to providing functionality, PWOB also painted the facility so that residents would feel more comfortable. The Munali students all added their hand prints to the entrance wall to create a beautiful and personal mural.

The group also assisted the Engineers without Borders group of students in Chirundu, on the Zimbabwe border. Steve Szablya led a project to build a human-powered electrical generator at this location, and the rest of the team helped to construct a waterwheel that is now used for lifting water off the banks of the Zambezi River for washing and bathing.

Since this initial trip, PWOB has continued to go on service trips to Zambia each year, building strong bonds with the communities we serve and the individuals we meet. 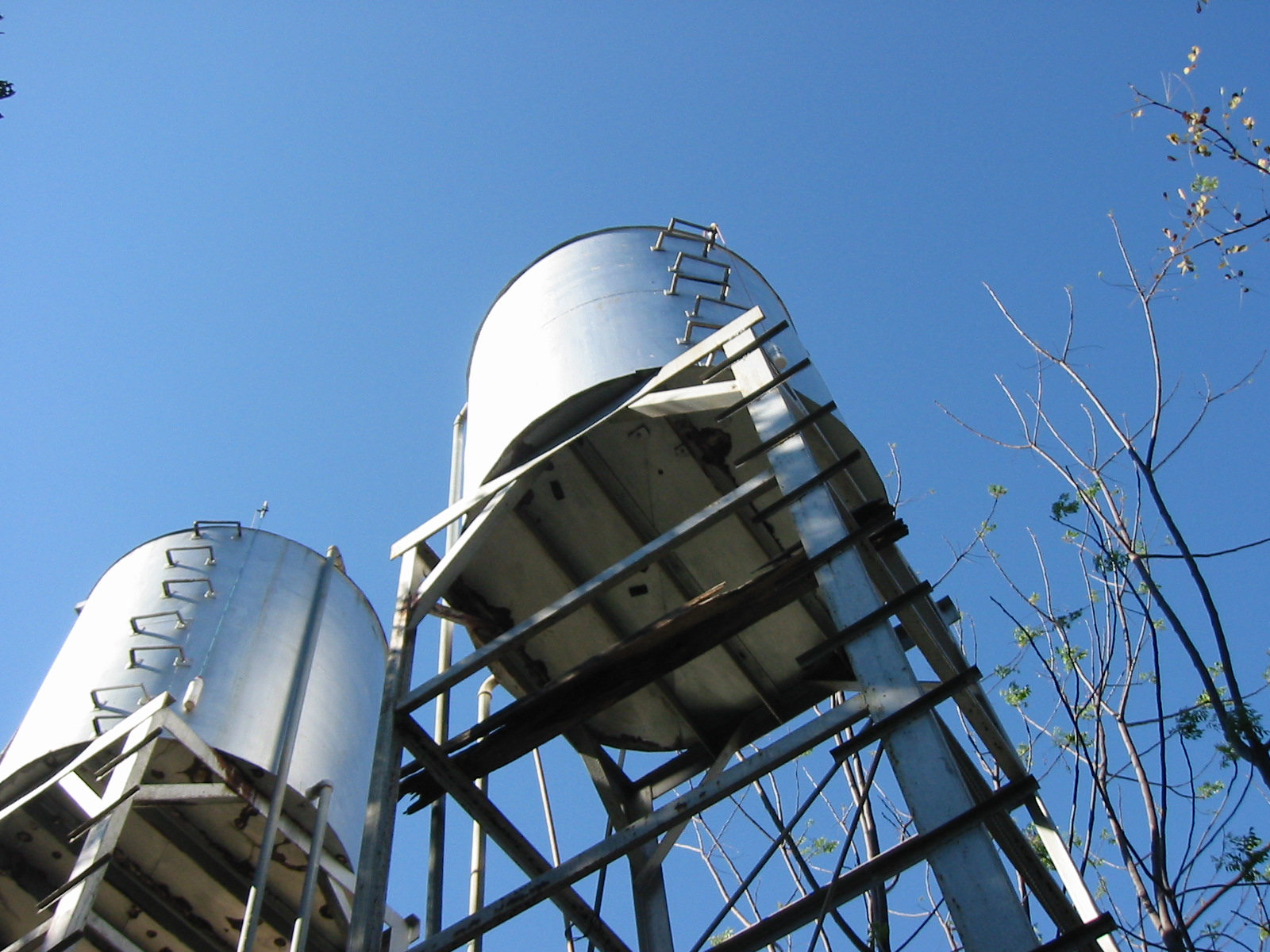 In 2010, a team consisting of Seattle University faculty, students, and volunteers from the engineering community devised an open-source wind turbine design that could be easily built and operated on location in a developing country, using solely components, materials, and tools found locally. The wind turbine would be used to bring electricity to users that are disconnected from the power grid. After building several prototypes in Seattle, PWOB, along with Engineers without Borders of Puget Sound and the IEEE Power & Energy Society Community Solutions Initiative were able to travel to Zambia to construct the wind turbine.

A combination of lucky breaks and clever improvised engineering, one hurdle after another was cleared. After six days of intense woodworking, measuring wind speeds, and putting together the generator parts, the wind turbine was complete. The eight-foot diameter wind turbine was spinning proudly in a strong African breeze atop an 18-foot borehole pipe located on an earthen dam.

Despite the hard work and several black mamba snake encounters, the team was able to enjoy the finer things of rural Zambian life: dining on hippopotamus meat, n’shima, and Mosi beer and evenings filled with African music and dance.