In March 2016, Professionals Without Borders faculty, staff, and student members travelled to Ladyville, Belize for volunteer service efforts at Liberty Children’s Home.  Our project focus was renovation of the visitors lodging building, Timberhouse. 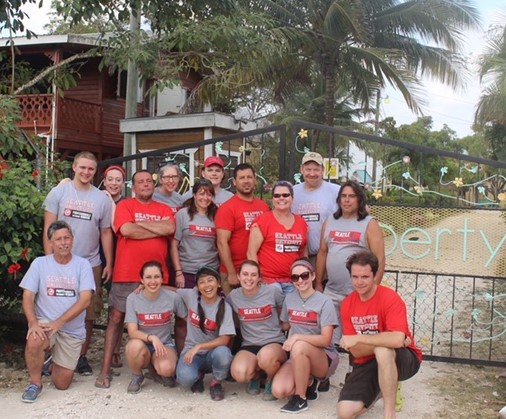 The purpose of Timberhouse renovation was to allow volunteers to stay onsite which will provide Liberty an additional source of income. A new kitchen island and stove top and a stainless steel refrigerator were installed in the kitchen area.  Walls were erected in the large living space to allow for two additional bedrooms and a second bathroom with a shower was created.  The dirt floor storage area underneath the building was cleared out so that cement could be poured. Two hornet’s nests were removed before the team began to stain the two story structure. The two story main office building was washed down and prepped for staining.  The back of the building had many holes due to the friendly neighborhood woodpeckers.  Patches were cut to cover the holes and the building was stained.

On PWOB's 2015 trip to Liberty the team worked on digging a storm water catch system.  Upon our return we discovered the 4’ deep 16’ long trench was clogged with debris and had to be dug out.  The ground is made from clay making the shoveling very difficult as the clay is very heavy. 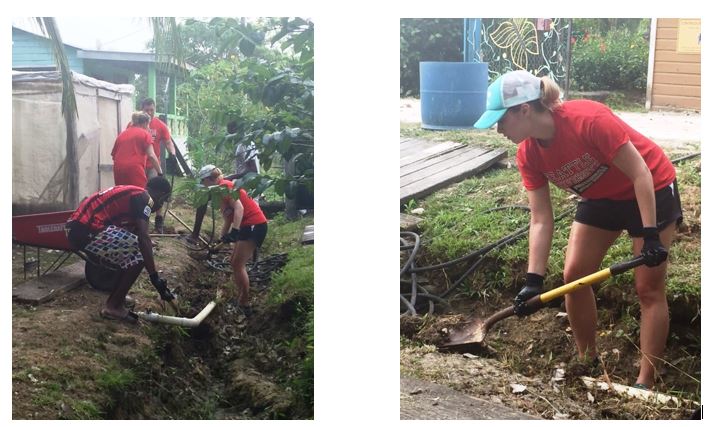 Because Belize school was on Easter break our team was able to spend quality time with the children of Liberty.  Basketball, soccer, jump rope and monkey bars are some of the favorite past times for the children. 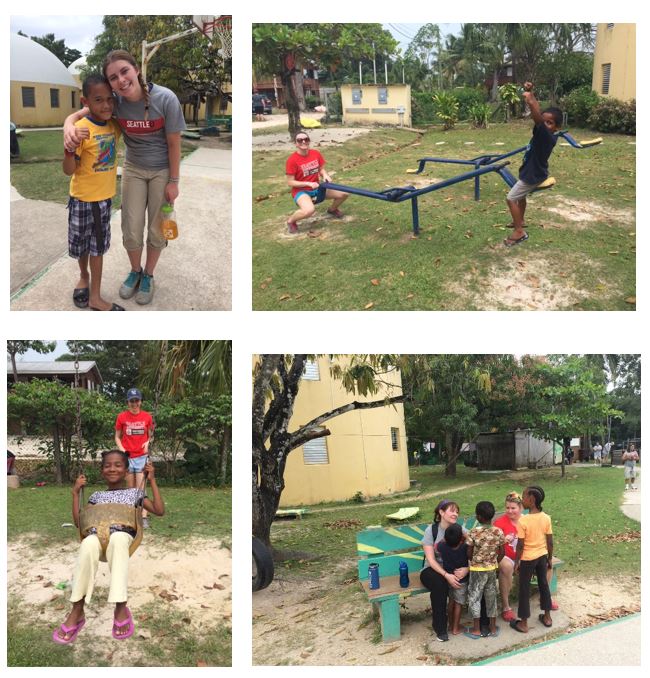 Agatha Valentine, Director of Liberty Children’s Home, presented our team with a plaque and jewelry made by the children, thanking us for our continuing yearly support of their facility.  The children took turns singing songs with our team.  It was another successful trip for PWOB!