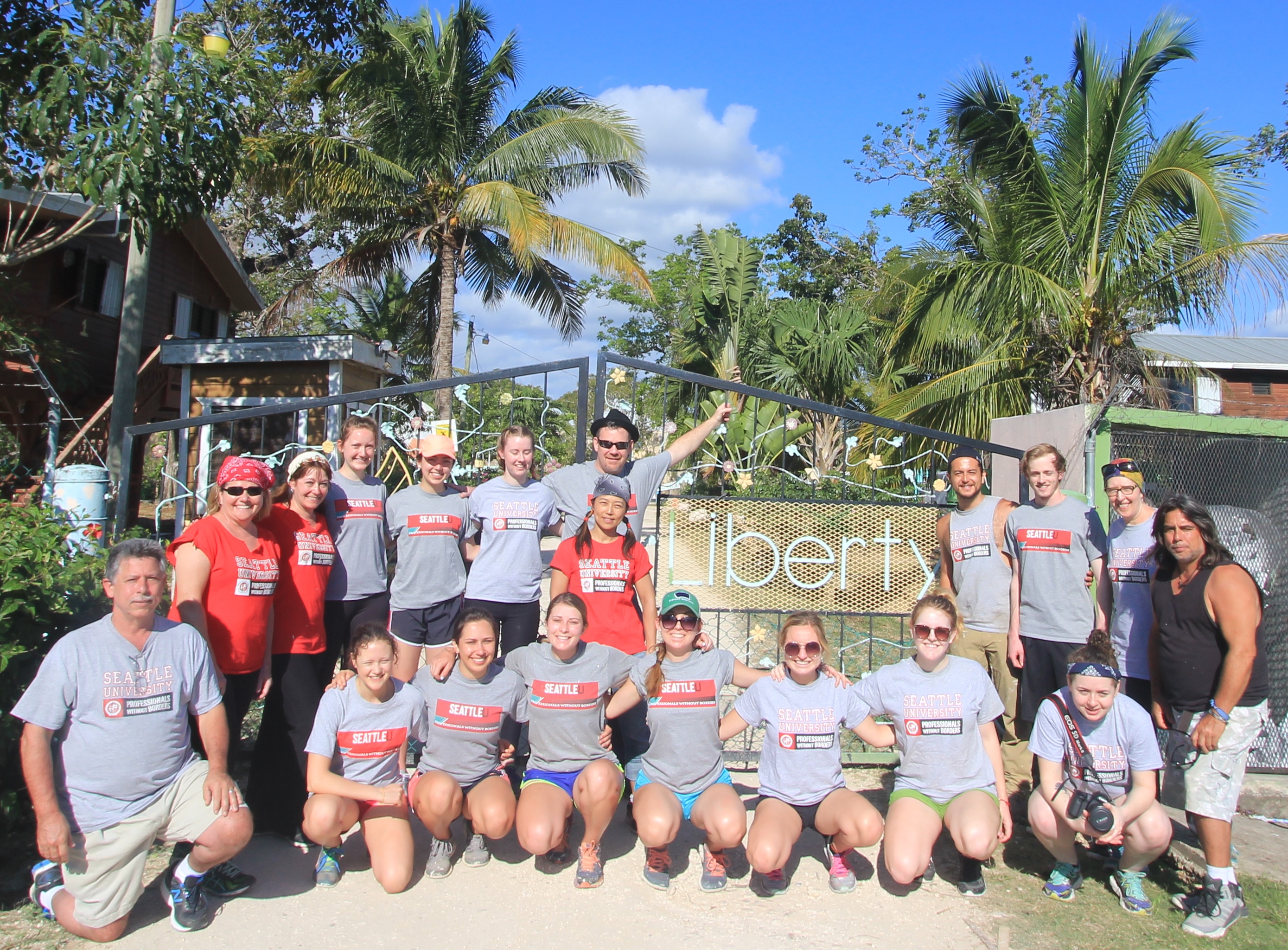 This year we had three major projects on site:  greenhouse repair/rebuild, building a chicken coop, and installation of new acoustic panels in the dining room.

Liberty’s green house was destroyed in during Hurricane Earl on August 14, 2016.  Liberty’s handyman, Mr Waffy rebuilt the frame with local workers.  PWOB painted the entire structure, installed the plastic wall coverings and roof,  and repaired and painted the door while continually fighting off two mounds of fire ants!  Liberty will grow produce and also herbs which they will sell to local residents..

PWOB built the frame, tilled the soil, painted the beams and installed the chicken wire for the chicken coop. Liberty will raise chickens and sell the eggs and the chickens to local residents and restaurants as a sustainable source of income.

Liberty used mattresses attached to the ceiling to absorb the excel sounds in the dining room.
Naomi and her students designed and cut acoustic panels in Mayan inspired motifs, painted the entire ceiling and then adhered the panels to the ceiling via caulking guns. 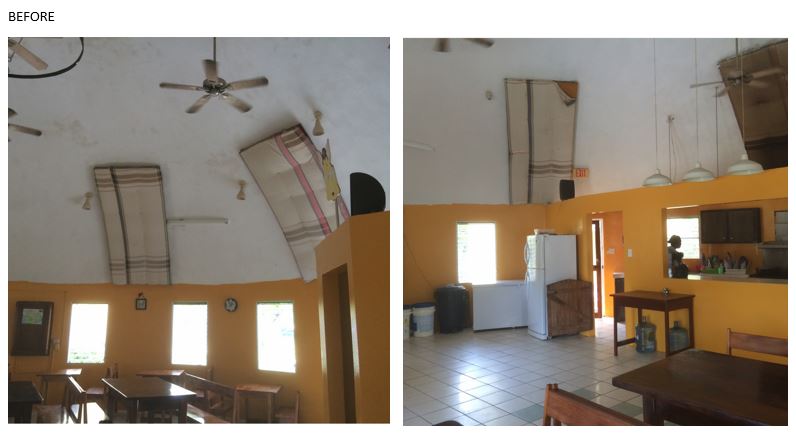 In addition to these projects PWOB worked on plumbing repairs for the compound.  A new shower was installed in the boy’s dorm and water pipes were moved to the outside of the building.  This prevents water leaks from creating a mold issue in the walls.  A filter was installed in the pipes in the Volunteer House to assist with flushing issues. 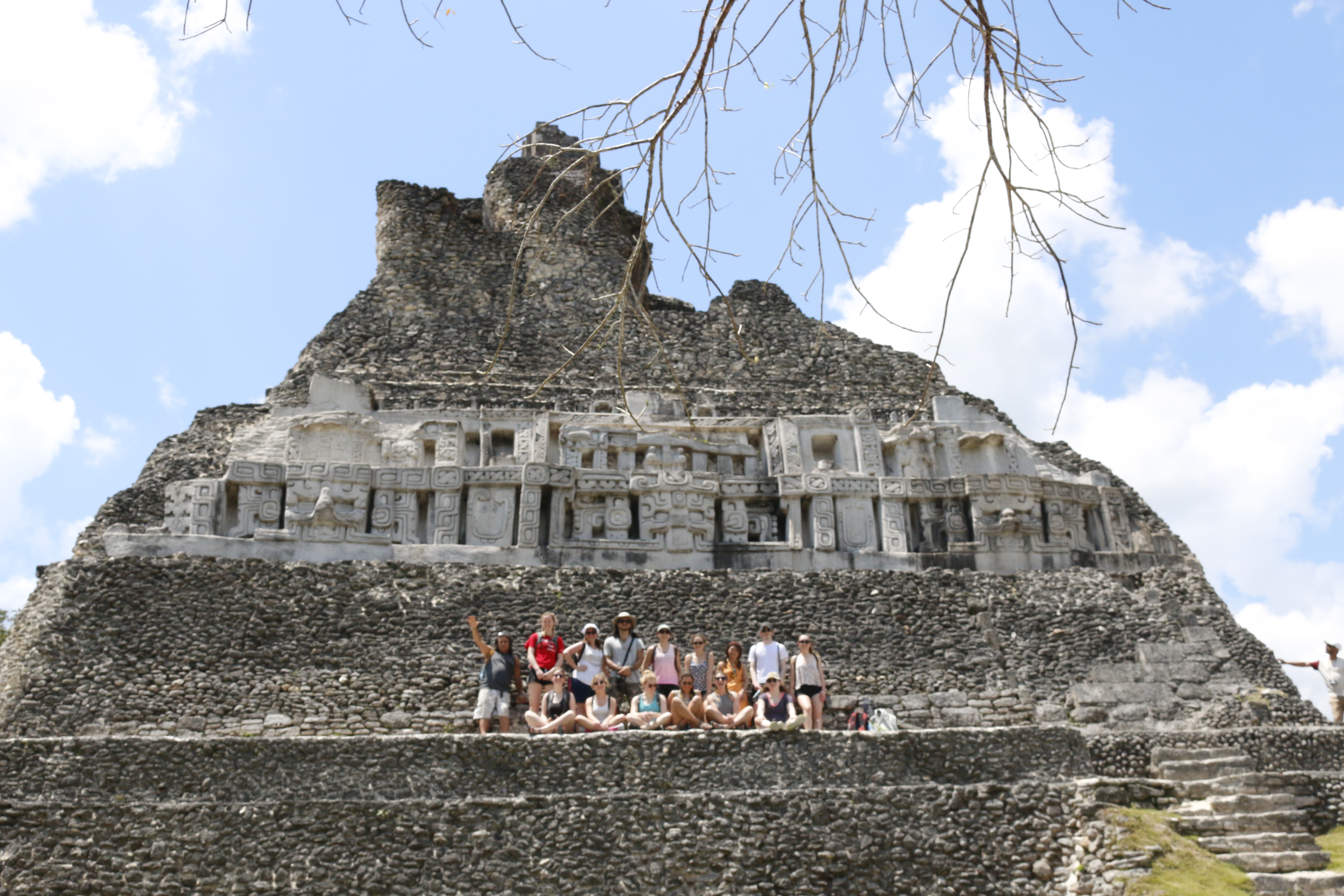