PWOB was inspired by Chauncy Burke and Jeff Dragovich after they discovered a project in Managua that led to a service immersion trip in 2007.  That project, under the lead of Engineers without Borders, regraded a school courtyard to keep it from flooding during the rainy months.  At that time we established a relationship with a Managua Civil Engineer, Raduan Dipp in Managua, who does pro-bono engineering for charities and rural communities.  The group that formed PWOB continued to remain in contact with Raduan Dipp and arranged for an exchange with one of his sons in medical school to experience life in Seattle during the summer of 2009. 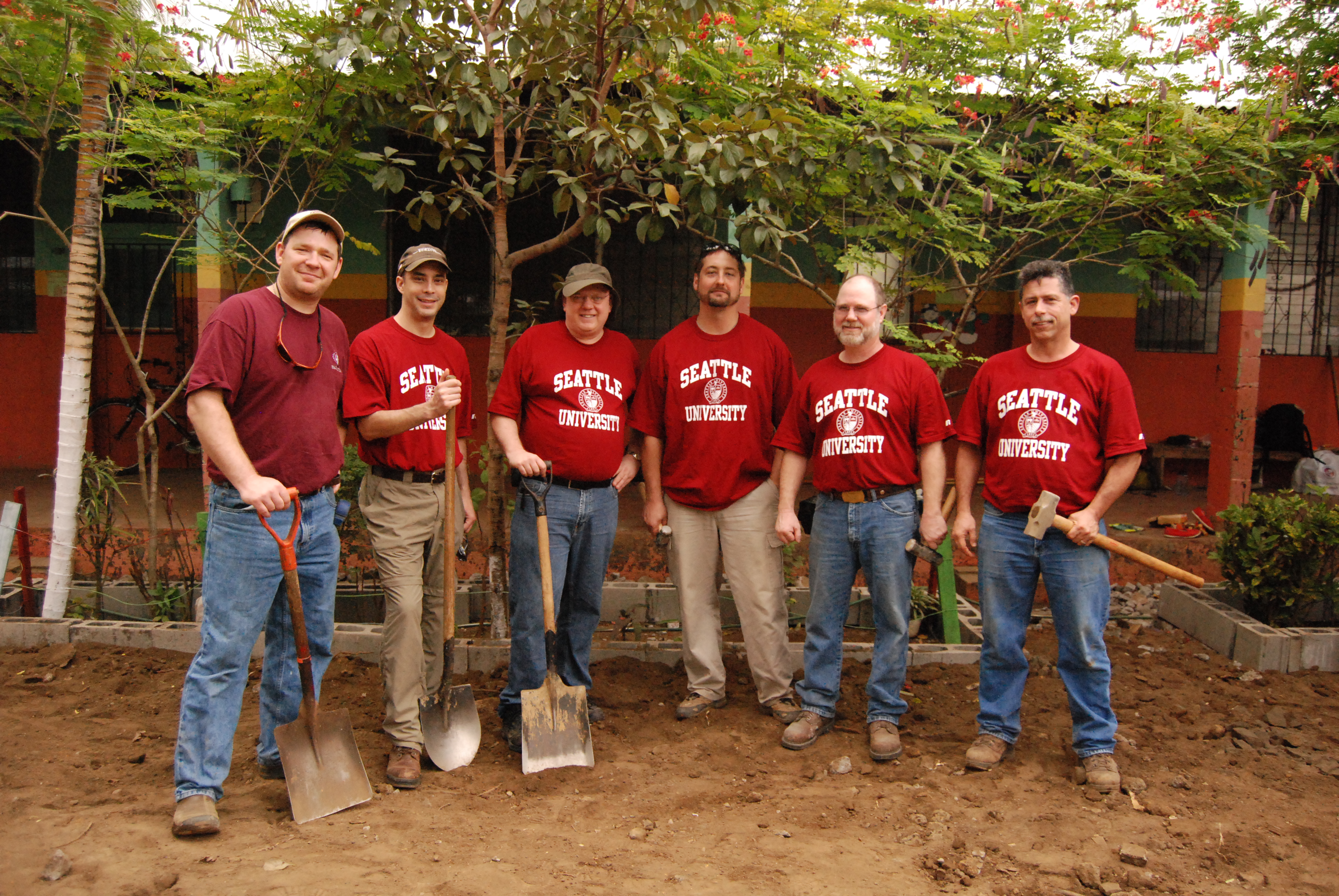 Over the last three years Raduan has been working with the community of San Juan la Concepcion (La Concha) on a project to install a water line that will provide water to 300 families, representing about 1,500 people.  The community had a very old line was broken in many places and was beyond repair.  People were walking or taking bikes up to one mile, to fetch daily water for their family needs.

The government water purveyor, Enecal, did not have the resources to install the pipe, but had a  large reliable water tank at the top of the hill with clean drinking water, which PWOB was able to dig a trench to and install one mile of three-inch pipe at a depth at four feet. Though only our second trip to Nicaragua, PWOB seeks to continue working with the La Concha community in years to come.