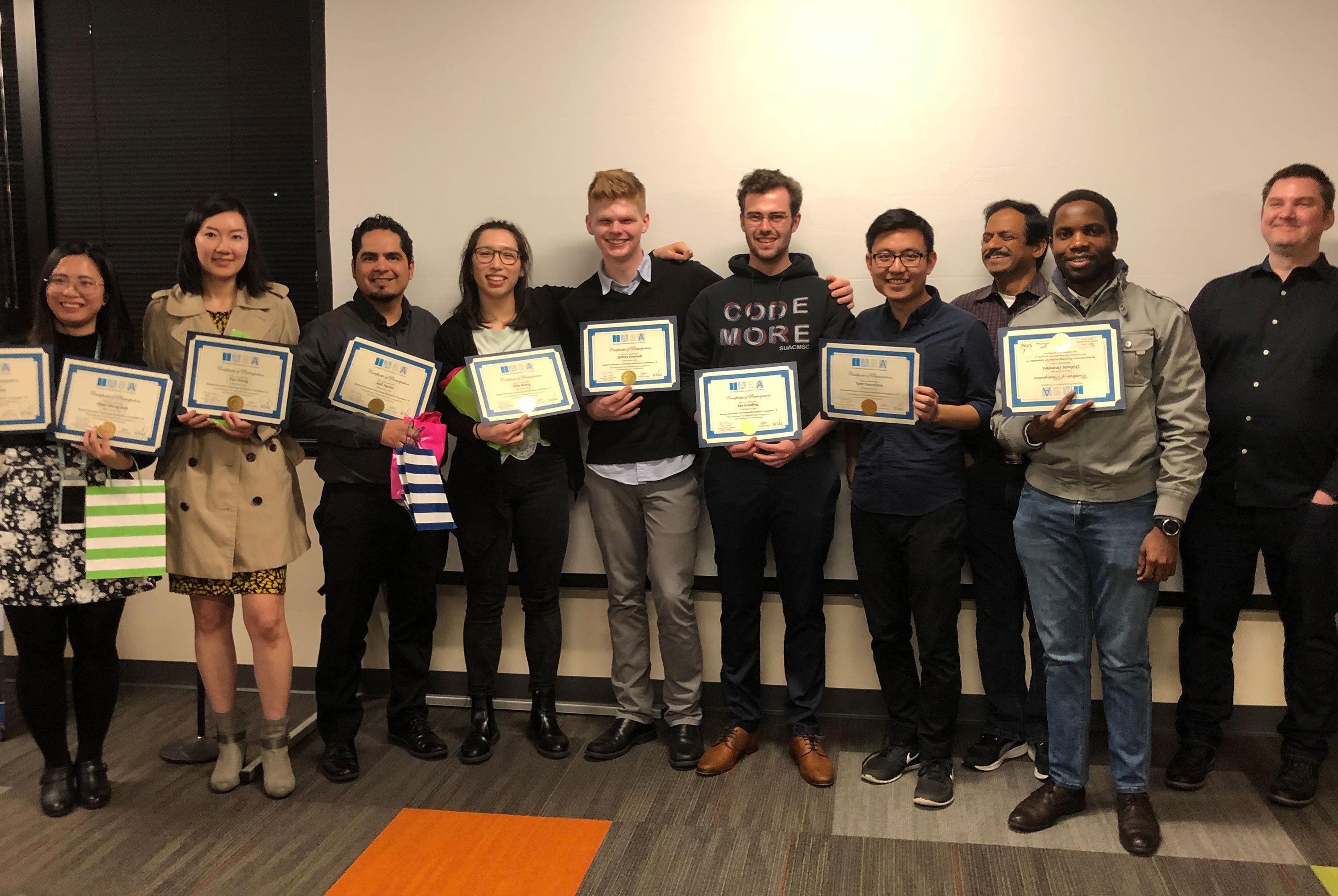 Twenty students from Seattle University competed on Saturday, April 7 in the finals of the annual Student IT Architecture Contest (SITAC), put on by IASA Global to promote the education of IT Architecture professionals. Our students have been working since November with mentors from IASA on 7 teams to produce proposals for comprehensive IT architecture solutions to support the operation of a local non-profit organization.

In an award ceremony following final presentations by each of the teams at the REI IT Center in Bellevue, an SU Computer Science Department team (Joel Aguiar, Vilia Wang and Yue Zhang) was crowned as winner of this year's competition, earning the $10,000 first prize. Teams from SU also finished second (Mengshan Chen, Karen Marcjan and Chidozie Ononiwu) and third (Jeffrey Atwood, Jay Gooding and Tyler Yamashiro) out of the 14 teams competing. The competition was open to graduate and undergraduate students from across the country.

A team from Seattle U also won first prize in the initial SITAC two years ago.