Sean McDowell, PhD, associate professor of English and director of the University Honors Program, is being honored with this year’s Distinguished Faculty Award.

Sean describes teaching as a vocation: “You take a leap of faith when you go into teaching. You have a calling and then you hope it works. If you are passionate about the subjects you teach, they almost teach themselves. You just have to manage the people side of it to bring out the wonder in the subject.”

In 2006, he was recognized as Seattle University’s Most Inspirational Faculty member by that year’s class for bringing out that wonder in students.

He was initially attracted to Seattle University because he believed in the Jesuit model of education, commitment to social justice and humanistic vision.

“Seattle University wants you to try things if you are curious and I’m curious,” he says. It is this curiosity that led him to explore teaching study abroad courses and to collaborate with colleagues Edwin Weihe and Bill Taylor in creating the Film Studies program in the College of Arts and Sciences.

With his passion for Irish literature, Sean began directing the Writers’ Workshop in Ireland in 2006. The program, which takes a group of students to Ireland for three weeks each summer, is now in its 21st year. For the past twelve summers, Sean and his teaching partner, former Washington State Poet Laureate Sam Green, have introduced more than 200 students to Ireland, its people and its literature. Traveling to Ireland opens his students to a totally new appreciation for what they have been learning in the classroom and proves to be a transformational experience—they learn what it means to be citizens of the world.

Sean is committed to the Jesuit mission of education to achieve social justice in a humane world. He derives great satisfaction in watching his students transform into freethinking adults. By sharing his passion, he allows his students to learn on their own. “The best moments in the classroom,” he says, “are when the flash bulbs go off and students not only understand the literature but are also shocked to discover it relates directly to their own lives.”

Fascinated by the creative imagination, Sean has extensively researched Renaissance culture and how it is perceived today. “I am intrigued by how literary and other artistic works mean as much as, and sometimes more than, what may have been intended,” he says. “My teaching and research interests are connected through my abiding fascination with the creative imagination, both as it was understood during the Renaissance and as we understand it now.”

Sean writes fiction, poetry and screenplays. His poems have been published in the United States, Europe and Australia, and he is currently preparing his first collection for publication. Most recently honored by being elected to membership in the International Association of University Professors of English, Sean is the executive director of the John Donne Society, vice president of the South Central Renaissance Society, past president of the Andrew Marvel Society, a founding member of the George Herbert Society and editor of the John Donne Journal.

One of his former students and a participant in the Irish Writers Workshop, Caitlin Joyce, said, “In his English courses, Professor McDowell makes long dead poets jump off the page. John Donne becomes suddenly relatable, and Paradise Lost never made more sense. I can think of nothing more Jesuit than his approach to teaching literature and writing.” 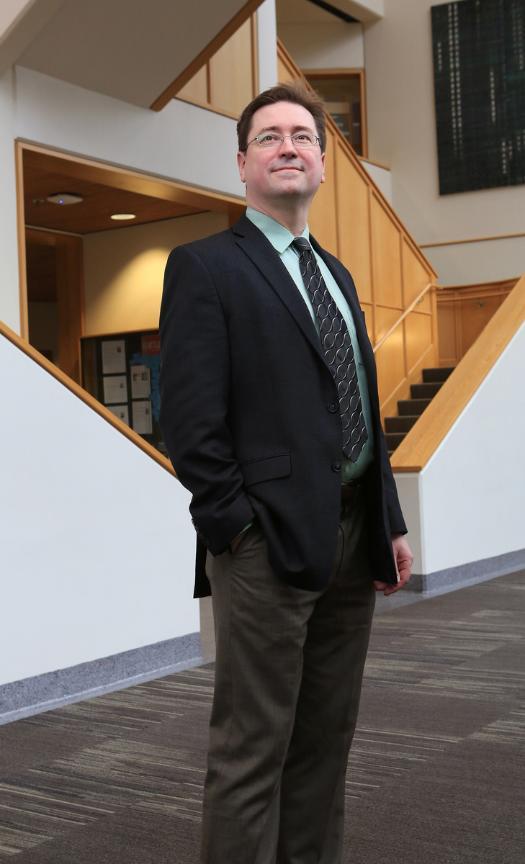