Lorena’s parents came to the United States in the early 1960’s as undocumented immigrants. (Her parents both became legal permanent residents in the 1970's and in 1996, Lorena’s mother became a United States citizen.)  “They did so at great risk for one purpose,” Lorena said, “to give their yet, unborn children the greatest gift of all, the American dream and a chance at greater opportunity.  When I give back to my community, it is in their honor.”

As a child, Lorena remembers watching the crop duster as it flew overhead the temporary migrant farm labor camp where she lived with her family in the summers.  Although the spray was intended for the farmer’s cherry orchard, the pesticide drifted onto the families living in the migrant farm labor camp, including her own family.  She felt absolutely powerless.  At 14, Lorena saw a migrant worker beaten at the hands of a local farmer.  “I grew up seeing injustices as a migrant farm worker,” she said.

As an attorney, she has gained the right to speak out on behalf of social justice issues, and to be heard.  The majority of her clients are the elderly, women and children who have suffered the indignities of sexual harassment, assault and/or misconduct.

“I have integrated community service into my life and career because I care deeply about the initiatives I’m involved with,” she said.  “Each organization I commit to has a mission and a purpose I fundamentally believe in.”

“My mom told me once that she listened to an interview of Justice Sonia Sotomayor.  ‘A great lawyer is not measured by her case to case success,’ the Justice said, ‘she is measured by her commitment to community.’  My mom, beaming with pride, told me, she knew Justice Sotomayor was talking about me because I’d never forgotten my roots. This short conversation was one of the most poignant in my life, I’ll never forget it,” Lorena said.

In 2012, she successfully settled an excessive force and discrimination suit filed against the City of Seattle and the Seattle Police Department.  Based upon that ruling, racially charged language used by any officer would be grounds for termination.

Lorena was named one of Seattle’s most influential people in the November issue of Seattle Magazine.  In 2009, she was chosen as one of the seven top lawyers in the country under 40 by the Hispanic Bar Association.  She was not only the youngest, but the only law student to be awarded the Latina/o Bar Association of Washington’s Outstanding Member of the Year.

Lorena, determined to succeed despite all odds, has realized her dreams and reaped great rewards.  Her commitment to giving back to her community speaks volumes to her upbringing and sense of Jesuit mission. 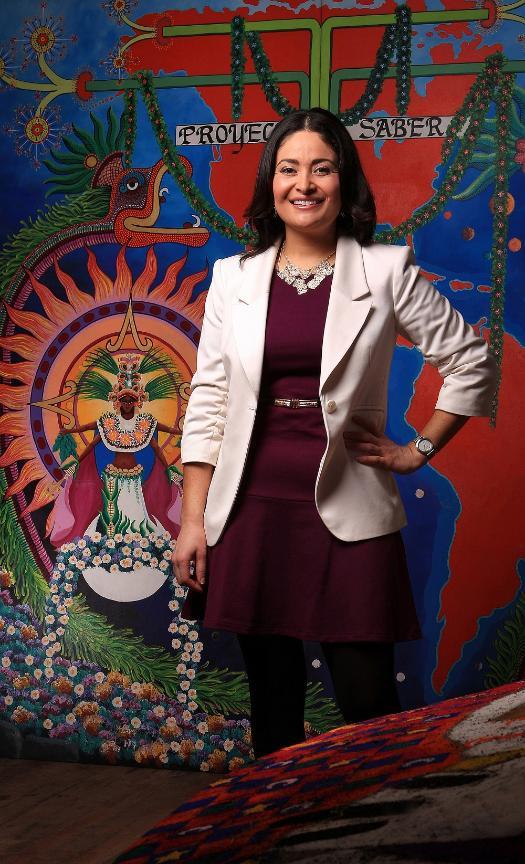