MSBA Ask Me Anything Webinar

Missed our Masters in Business Analytics Ask Me Anything Webinar in January?

Watch the video above to hear what was discussed!

Some of the questions covered included: What do Admissions folks look for in an application? What programming languages will I learn? What kind of job title do I get?

Two current Albers MSBA students, John Lim and Gabe Boucaud, were on hand to answer all these questions and more.

Watch the video to learn:

Why earn your MSBA at Albers?

Launched in 2016, Albers' Masters in Business Analytics program was ranked among the top 25 in the US, #1 in the Northwest and tied for #3 in the West Coast by US News and World Report's 2021 Graduate Rankings.

Our MSBA program has a 100% placement rate. Albers MSBA graduates have gone on to work for companies such as Amazon, Deloitte, Facebook, Liberty Mutual, Microsoft, and Zillow.

Meet the MSBA Ask Me Anything panel 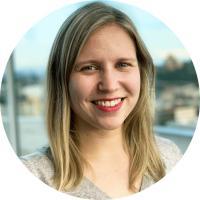 Carolyn Auvil is responsible for all graduate student recruitment, marketing, and admissions processing at Albers. She organizes bi-monthly information sessions for Albers' graduate programs and has received/heard of every conceivable question about MSBA!

Auvil earned her Bachelor's Degree in Cultural and Biological Anthropology at the University of Oregon. 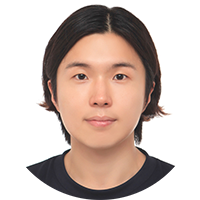 John Lim came to Albers for his MSBA in September 2019. He has held various positions in product management, data analytics, client relationship management, and marketing in Seoul, Korea and Washington state. Lim graduated from the University of Washington with a Bachelor of Arts in Economics. 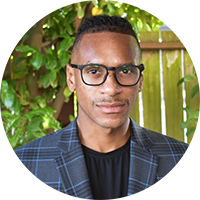 Gabriel Boucaud is a full-time online MSBA student who is also the current Howard J. Bosanko Graduate Research Fellow at Albers. His diverse career includes stints as a marketing intern for the Seattle Seahawks, program director for Pullman, Washington's KZUU 90.7 FM station, and retail sales at Nordstrom. He graduated from Washington State University with a Bachelor's degree in Finance and Information Systems. 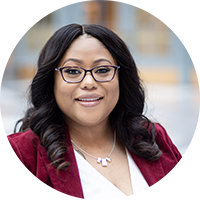 Krysten Griggs has over seven years of experience in higher education, having functioned in both front-end and back-end support. She has a Bachelor's and Master's degree in psychology and certifications in leadership and project management.