In 1491, Saint Ignatius of Loyola, the founder of the Society of Jesus (the Jesuit order), was born Inigo de Loyola to a wealthy Basque family near Azpeitia, Spain. In his youth he often attended the court of Ferdinand and Isabella and was known to engage in worldly indulgences and the darker intrigues common to young courtiers of his day. In 1517 Ignatius joined the army of the Duke of Najera. He was wounded by cannon fire during a French siege of Pamplona in 1521, suffering severe leg wounds.

During a long period of recovery he endured great physical pain as his legs were broken and reset only to later be stretched to correct a surgical error. While forced to a bedridden lifestyle, Ignatius read texts describing the life of Christ and the lives of the saints. He became fascinated with the pious deeds of the saints and realized it was a greater thing to compete with their acts of faith than to complete with soldiers in the manly arts of war.

God took hold of him and led him away from a life rooted in earthly pleasures and prepared him to lead others in many good works. Later, at the altar of the Virgin Mary in a Benedictine monastery in Montserrat, Ignatius hung up his sword and rededicated his life to the service of God.

During the following two years, Ignatius took on a monastic lifestyle, living in a cave, and enduring bodily discomfort. During this time he experienced several visions and recorded what he learned in The Spiritual Exercises, a tract describing techniques of prayer and spiritual focus. He then traveled to Paris to study theology and the humanities from 1528 to 1535; Ignatius was ordained in 1537.

In 1534, Ignatius and six other men founded the Society of Jesus, all taking vows of chastity, poverty, and loyalty to the Pope. In 1540 Pope Paul III approved the order with a membership limit of 60 men, and in 1544 this limit was lifted.

The Jesuit order was pivotal in the spread of God's Word, establishing missions and schools throughout the New World, Asia, and Africa. The order is noted for its strong emphasis on education and the over 30 major universities it has founded throughout the world.

Ignatius led the order during its first sixteen years as the group grew to some 1000 members. During his life he served as a mentor to later influential Jesuits such as Saint Peter Faber and Saint Francis Xavier. He established the constitution for his order. This constitution established precedents in both the form and function of such constitutions for later orders. He charged the order to educate the young and ignorant of all classes, establish foreign missions, and to minister to the sick and imprisoned. 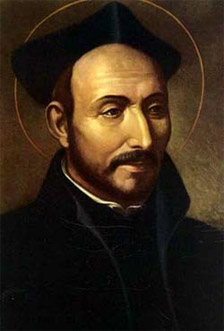 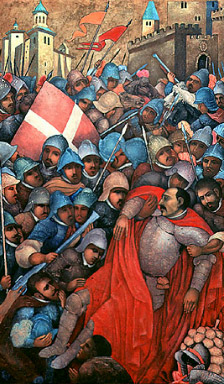 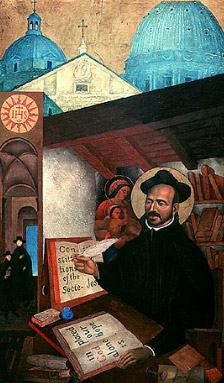