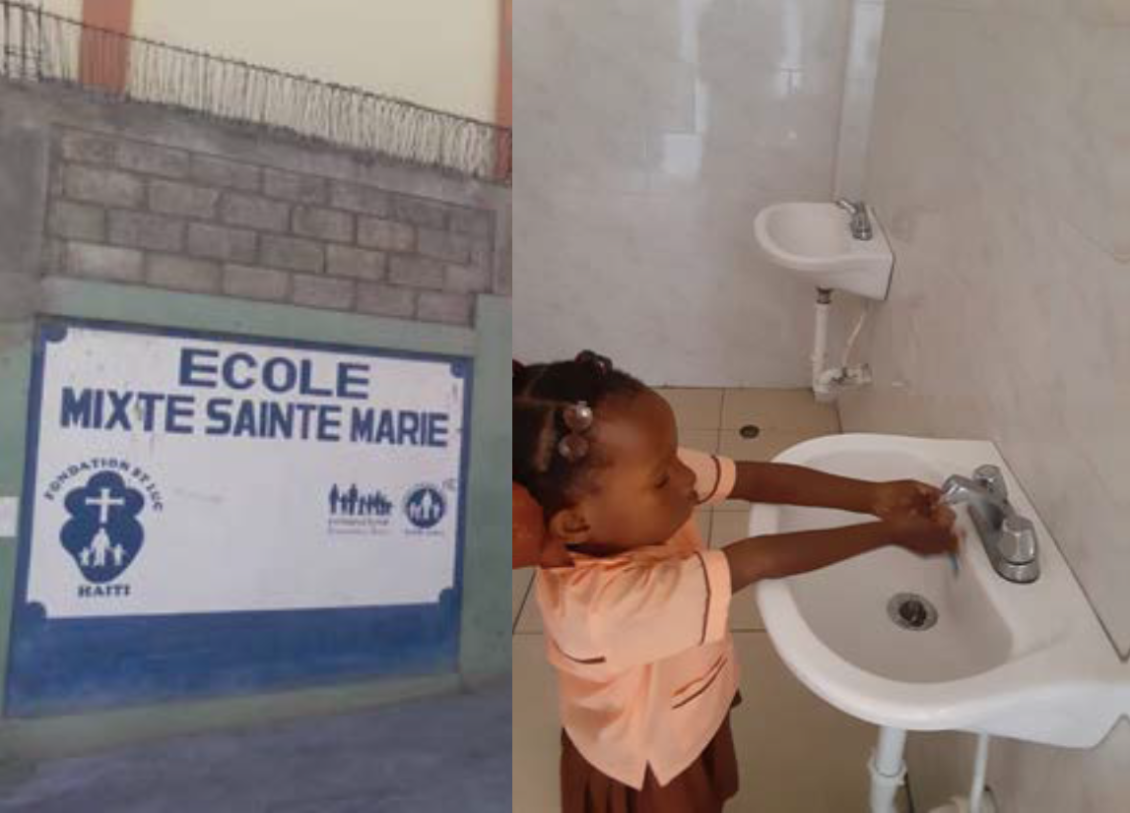 After a major earthquake struck Haiti on August 14th, our longtime CEJS partners from Haiti Tec and Plumbers Without Borders went to work. The team wanted to ensure that the drinking water treatment systems that had previously been installed at the St. Philomene and Notre Dame schools  were still operational. After repairing broken water pipes and replacing ultraviolet disinfection lamps, the team learned about Mixte Saint Marie which is a primary school in Port au Prince that had a vital need for water. The school had no running water for months which created significant issues for sanitation. In addition, the main water pump, several pipes and numerous valves were broken. Because there was no water at the school, food deliveries had been halted for months.

During the week of September 18th, the Haiti Tec team had completed all repairs and updated the bathroom fixtures. Most importantly, they were able to connect the school's 18,000 gallon storage tank to the city water supply. This will provide adequate storage for school operations when the city system becomes unavailable as it routinely does. On September 27th, the school was re-opened and lunch was served to over 300 students.

We are grateful to Robin Beukers, Ky Thompson and Margaret Melun, and Jack and Camille McNamee for their continued support of the CEJS Haiti Water Project.