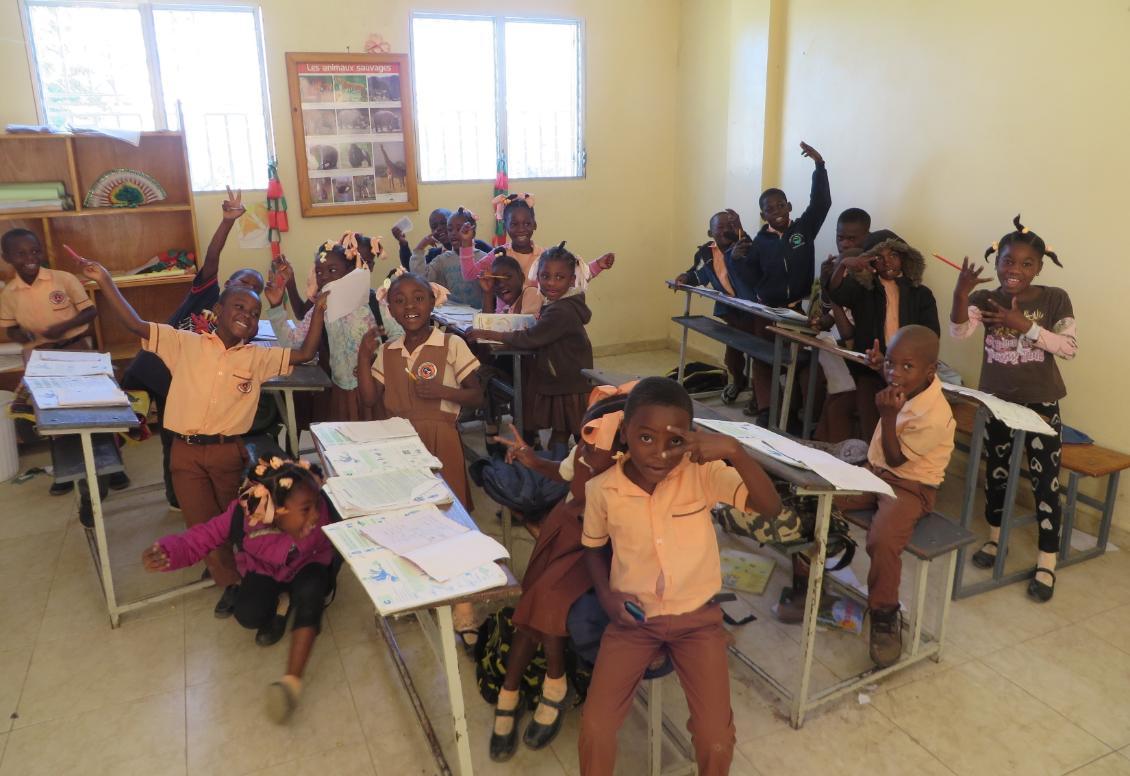 The Center for Environmental Justice and Sustainability supports drinking water projects in Haiti, because access to safe water is a basic human right. Our work in Haiti has had many challenges including hurricanes, earthquakes, political unrest and Covid-19, but it has persisted thanks to a dedicated team of volunteers and generous donations from our CEJS supporters. This webpage tells the story of how our work began and has continued over the years.

Within days of the devastating earthquake that struck Haiti in January 2010, CEJS Founding Director Phillip Thompson shipped three drinking water treatment systems to Port au Prince for emergency relief. Through these efforts, lasting partnerships serendipitously formed with Haiti Tec, Plumbers Without Borders and the Andrea Bocelli Foundation. The mission of this partnership is to help provide access to safe drinking water for medical clinics and schools throughout Haiti.

Haiti Tec is a vocational school located in Port au Prince that was founded by Michelle St. Natus and her family. Haiti Tec’s students and staff oversee each project installation, and most importantly, they maintain and repair the water treatment systems for the clinics and schools. Initial training of the Haiti Tec team was led by Rick Ehlert and SU alumnus Patrick Cummings (BSCE '08). Follow-up training was led by Plumbers Without Borders’ Fred Shilling who is a former U.S. Navy Seal and a master plumber from Boca Raton, Florida. Through his numerous visits, Mr. Shilling coached the Haiti Tec team with his knowledge of U.S. building codes and standards. He was able to establish a great friendship with Haiti Tec’s top instructor, Mr. Makenson Picot who continues to manage all water system installation and maintenance programs. In 2015, a close friend of Mr. Shilling, Jack McNamee joined the team as a technical advisor. Mr. McNamee is a retired U.S. Navy Captain with vast experience in mechanical systems who has been a longtime supporter of the Andrea Bocelli Foundation’s work in Haitian schools.

All of the water projects that have happened since that fateful January day and continue today are summarized below. None of this work would have been possible without the generous support of our CEJS donors. We would like to offer a special thanks to major donations from Carlos Herrera, Ky Thompson and Margaret Melun, Robin Beukers, Jack and Camille McNamee, the Emerald City Rotary Club of Seattle, and Rotary District 5030. 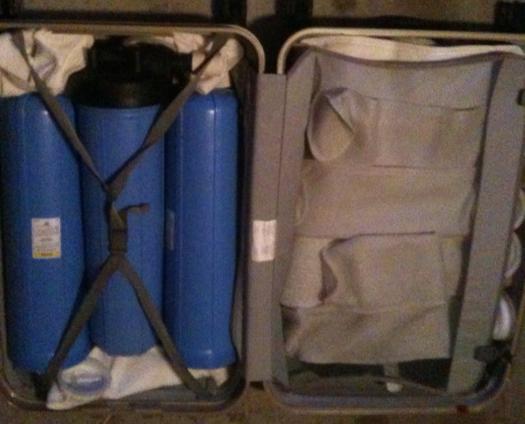 On January 12, 2010 Seattle University Professor of Civil and Environmental Engineering Wes Lauer was in Cap Haitien, Haiti, 120 miles from Port au Prince. Dr. Lauer emailed Professor Phillip Thompson saying that he had felt the earthquake and that “we could really use one of those water treatment systems that we installed in Thailand.” Dr. Thompson gathered the materials, packed them in a suitcase and seven days later the system arrived in Port au Prince. A few weeks later, David Pierre Louis, who is a Seattle entrepreneur and Haitian immigrant, worked with Thompson to acquire and transport two additional treatment systems. He subsequently created a film that recounts this story. 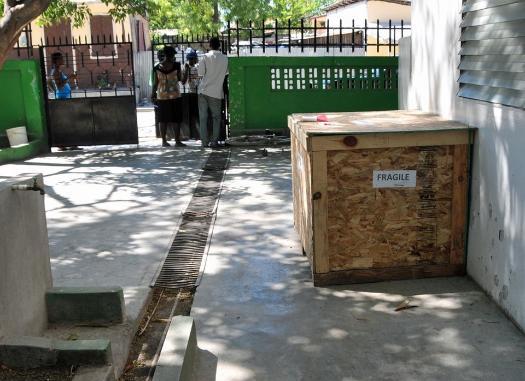 In October 2010, SU alumnus Vance Warren (BSCE ’03) contacted Dr. Thompson for advice on obtaining safe water. Warren was in Port au Prince working with Medical Teams International and was getting ready to travel to the northwest part of the country which had just been devastated by an outbreak of cholera. After reviewing the basics of solar disinfection and chlorine dosing, Dr. Thompson asked Vance to be on the lookout for any medical clinics that might need access to safe water. Within four days, Vance had met Dr. Jhonny Fequiere who is the Medical Director at the Claire Heureuse Clinic in Marchand-Dessalines located approximately 30-km north of the city of St. Marc. The clinic was near the heart of the outbreak and hundreds of deaths had since been reported there. Dr. Fequiere was very interested in having the clinic serve as a source of safe water for local residents, and he agreed that they could afford the $2 per day required for maintenance of a water treatment system similar to the ones installed at other clinics by SU Engineers for a Sustainable World Student Chapter (ESW) in Thailand and Jamaica.

Within a week and with a touch of serendipity, the Fairfield-Suisan Rotary Club of Fairfield, California donated the funding for the clinic’s water treatment system. One of the club’s members, Tara Dacus had attended Professor Thompson’s presentation at a Rotary International Conference in Bellevue, Washington in early October and was motivated to join his effort to provide medical clinics in Haiti with access to safe water. 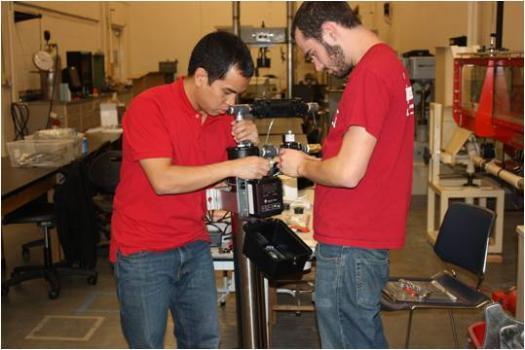 Students from ESW assembled and tested the water treatment system, and two days after Christmas, a fourth drinking water treatment system for Haiti began its voyage. The first stop was Coconut Creek, Florida which is the home to Food for the Poor. With over 50 years of experience shipping food to Haiti, Food for the Poor was able to guide the shipment through its established customs process in Port au Prince. 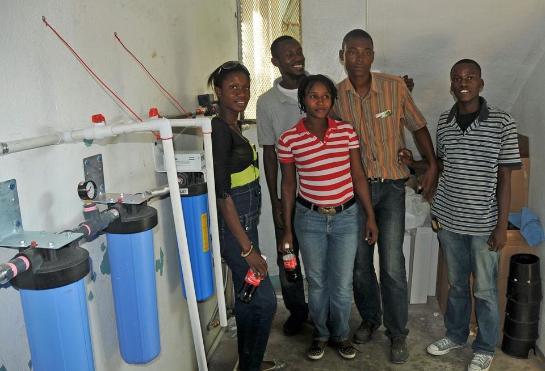 In March 2011, the system was picked-up by Rick Ehlert (a structural engineer who was helping assess building safety after the earthquake) and a group of students from Haiti Tec who installed the first permanent system at the Marchand-Dessalines clinic. 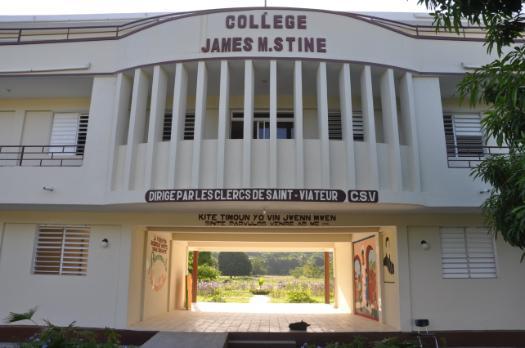 Over the next two years, the team installed additional treatment systems at a medical clinic operated by the Jenkins-Penn Haitian Relief Organization in Port au Prince, at James Stine High School in St. Marc and at Haiti Tec. During this time, Fred Shilling taught plumbing classes and provided new tools for the installation teams. In addition, the systems were upgraded to include ultrafiltration membranes which are capable of providing a significantly higher quality of water. The system design was based on the work of a 2011 SU civil and environmental engineering team. Also at this time, Mr. Picot was able to identify an in-country supplier which eliminated the need to ship materials from Seattle. 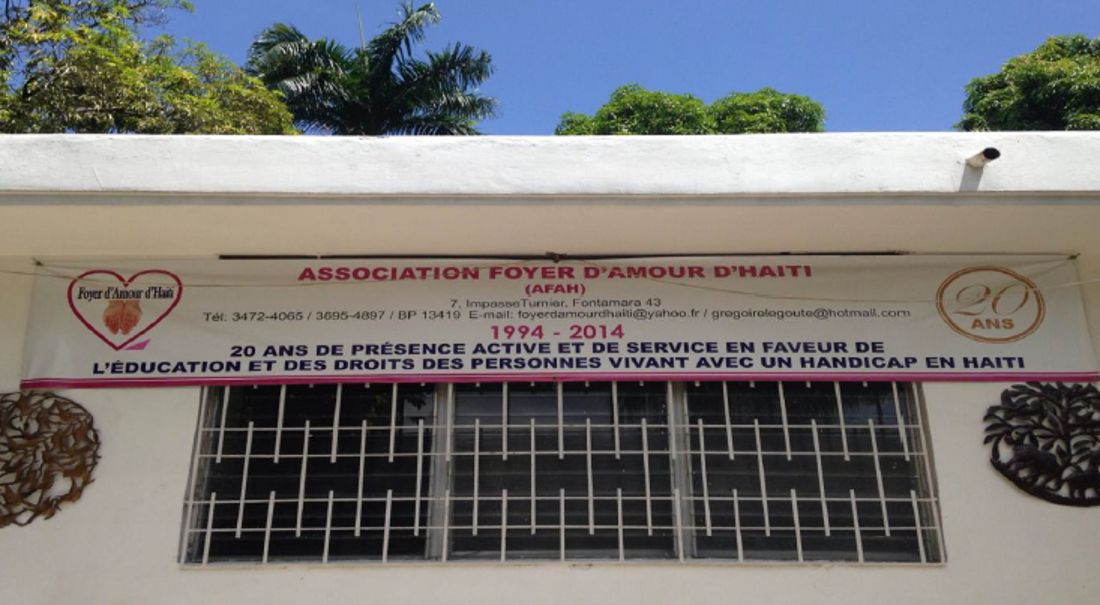 In August 2015, Haiti Tec students installed a new treatment system in Port au Prince at Foyer d'Amour d'Haiti which is a school that serves approximately 200 children with disabilities. The treatment system provide approximately 15,000 liters of safe water per day to the school and to surrounding neighbors. 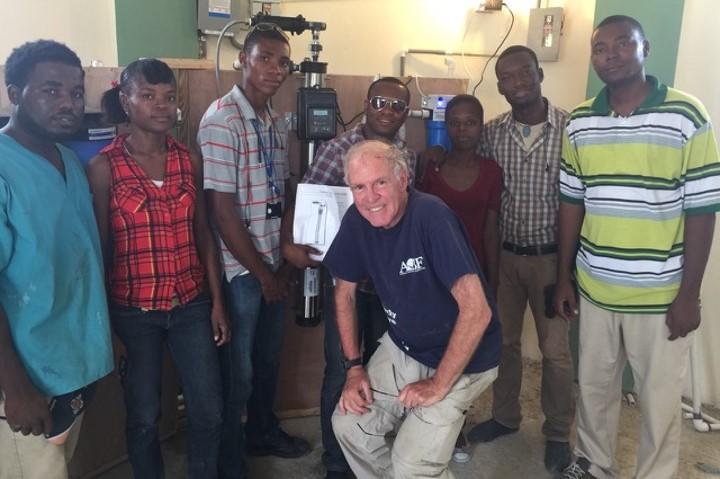 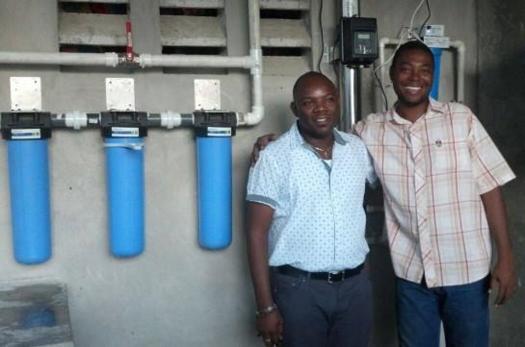 On October 4th 2016, Hurricane Matthew made landfall in Haiti, killing over 800 people and leaving a wake of destruction and a humanitarian crisis. Fred Shilling traveled to Haiti to help our Haiti Tec partners prioritize rebuilding efforts. Thanks to dozens of generous CEJS donors, Haiti Tec apprentices installed a permanent drinking water treatment system in Grand Goave for 250 students who attend the school located at the St. Francis of Assisi church. An additional treatment system was installed at the Good Samaritan Foundation’s Haiti Mission in Cité Soleil which is one of the most impoverished areas of Port au Prince.

In 2017, an additional system was installed at the Sainte Philomene school in Kescoff, and in 2021, our team supported the re-opening of Mixte Sainte Marie. The next project will be in Cité Soleil in Port au Prince.