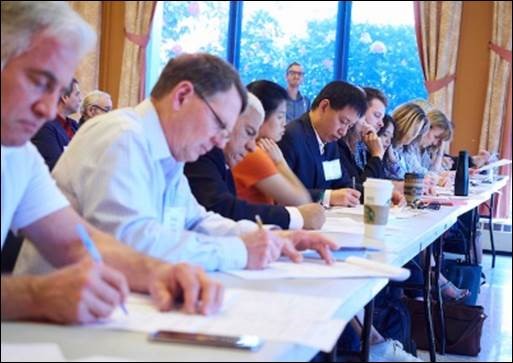 We had an amazing turnout at the 2019 Harriet Stephenson Business Plan Competition Semi-Finals! With thirteen teams, eight past participant teams, and over two hundred participating audience members, we can officially say that the event was a success.

The event stared with a Fast Pitch Competition, giving each of the teams only two minutes to sell their idea to a panel of judges. From there, the event flowed into the Tradeshow, where each of the teams had a booth where they could discuss their business idea to a fuller extent. There were great displays, samples, and even a few business cards exchanged.

With the great success of this event, we wanted to calculate the scores are soon as possible- so without further ado, these are the top four teams who made the cut to the Finals, and the Awardees of the Semi-Finals competition.

FINAL FOUR – ADVANCING TO FINALS ON 5/31

Sponsored by Jeff Widmyer and Friends of John Castle, in his memory ($2,200)

We again would like to thank everyone who came out and supported all of these amazing teams, we couldn't do what we do without you!