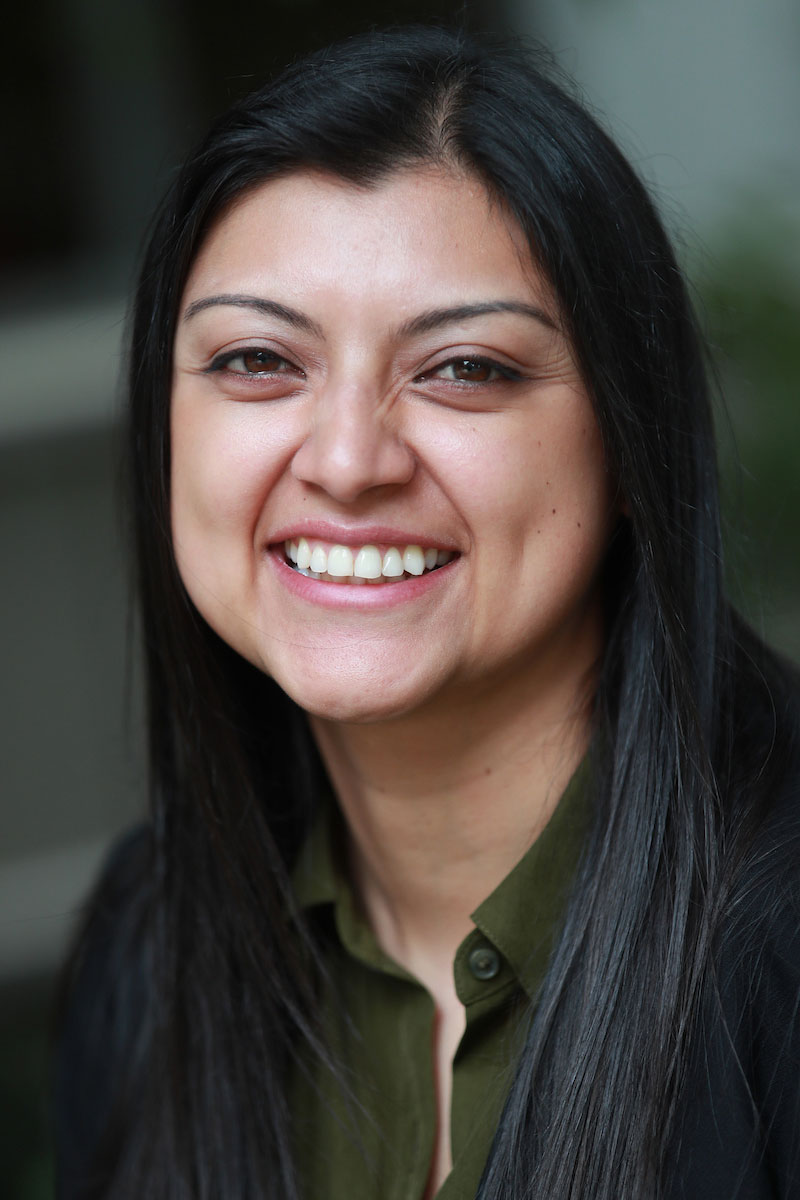 Transfer student Angela Flores-Marcus, ’19, quickly blossomed at Seattle University under the guidance of female professors in the College of Science and Engineering. “There’s so much to learn from women and especially women of color in tech,” says Flores-Marcus, an Electrical and Computer Engineering (ECE) major, “(and) so much to gain from their support in the industry. I wanted to learn from professors that looked like me.”

As one of several universities Flores-Marcus considered when transferring from a community college, Seattle U was the “right fit” because of the way professors helped her navigate the transition.

She received the Google Women Techmakers scholarship, which supports tuition and connects her to an international network of women in tech. The university awarded her an Alfie Scholarship, which helps offset tuition for transfer students.

She plunged herself into campus activities. Following a professor’s suggestion, she joined the Society of Hispanic Engineers with whom she volunteered at a middle school, encouraging girls of color to pursue math and consider engineering. She also joined the Society of Women Engineers, the IEEE local chapter and the Triangle Club.

Having interned with T-Mobile and one day planning to pursue her doctorate, she says Seattle U shaped her as a leader.