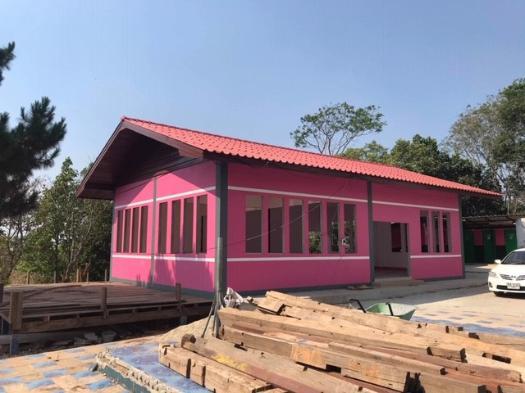 The Phrao district in the Chiang Mai province of Thailand is located in the so-called “Golden Triangle” comprised of Thailand, Myanmar and Laos where the opium trade has flourished for centuries. In recent years, the drug trafficking has increasingly included methamphetamine. Drug lords in this area frequently conscript innocent farmers to transport these drugs across the border between Myanmar and Thailand. When the Thai army attempts to stop the trafficking via raids, the farmers are usually the ones who are killed and the drug lords escape. These deaths have created hundreds of orphans per year.

The Khun Jae School is located in the village of Khun Jae, in Phrao district, and serves has approximately 100 students (aged 5-16). Today, many of these children have three pathways to choose from for their future. They can become involved in the drug trade, in sex trafficking or they can pursue their education. In July 2019, school leaders asked Faith International which has worked in the region for decades and with Seattle University for the past 16 years to help construct a new library. With a grant from Rotary District 5030, funding from the Rotary Clubs of Emerald City, Lynnwood, Federal Way and Seattle #4, and Professionals Without Borders, the final touches to the library were completed in spring 2020. Our hope is that by improving the infrastructure of the school in Khun Jae, we can provide hope to these children for their future and enhance the social sustainability of this region.

Explore our other student-led Thailand projects.