The Social Work Profession Must Protect the Right to Vote

"This year, an aspiration I had for the social work profession and NASW was a national call of action-a plan to rally the vote and bring social workers from all races, classes, and different abilities, from the academy and all professional circles, to the national mall in Washington, D.C. 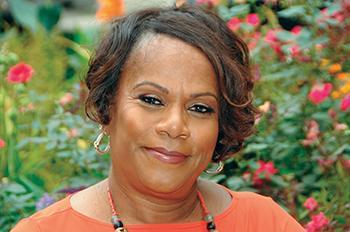 Due to COVID, I was forced to change that vision. Now in every virtual engagement I request that social work students and social workers commit to help lead the largest protest ever by working to get out the vote. Social workers must strategize and mobilize communities. We have an obligation to make sure those who are 18 and older are properly registered and that voters are able to cast their ballots in the general election in November.

As a child, I learned about the importance of voting from my father. Dad served in World War II as a U.S. Army sergeant in a colored-only troop in the European Theater, where he learned a trade as an electrician during his tour of duty. Although he never talked much about his war experiences and we never asked, dad always emphasized that everyone has an obligation to serve their nation. He even continued to serve as a private citizen and worked endless hours to register people to vote.

Each election cycle, my dad brought home a list of names and telephone numbers. Although I was the youngest in my family, he allowed me to call each person on the list. My message was simple: Are you going to vote in the upcoming election and do you need any help getting to the polls? All I had to do was write down each response. It was no secret to our neighbors that our entire family worked to get out the vote.

All of my uncles and my dad went to war after high school to fight for this country. They fought for freedom and to make sure our family had the right to vote. Dad would tell everyone who questioned his efforts, “if we do not vote we have no right to complain,” and went on to say, “so we must vote because we have a lot to complain about in order to get things right.”

At first I did not fully grasp the meaning of my father’s words. However, as I witnessed the racial injustice that was highlighted on the nightly news during the 60s civil rights years, my dad’s words really resonated with me. The entire decade was fought by courageous freedom fighters, who boldly protested and did whatever was necessary to guarantee all people the right to vote.

I watched on TV in 1960 the Woolworth’s lunch counter resistance that occurred in Atlanta. In 1963 I sat in disbelief when I saw Bull Connor use powerful fire hoses on women and children in the South; and I became upset when I learned about the assassination of Medgar Evers that same year. I had a glimmer of hope when I listened on TV to each speech delivered at the March on Washington, only to learn a few weeks later about four innocent little girls who were bombed in Birmingham: Carole Robertson, Cynthia Wesley, Denise McNair, and Addie Mae Collins. I lost hope when President John F. Kennedy was assassinated in November of 1963, and waited anxiously in 1964 to find out the whereabouts of James Chaney, Andrew Goodwin and Matthew Schwerner-only to learn they were murdered. I watched in horror in 1965 when the beatings happened on Bloody Sunday at the Edmund Pettus Bridge where John Lewis almost lost his life; and wondered why and who murdered Viola Gregg Liuzzo and Malcolm X in 1965. In 1968, I was devastated and traumatized when both Dr. Martin Luther King Jr. and Robert Kennedy were assassinated.

The 60s were a turbulent yet necessary time in history when Black people and white people took to the streets to demand justice. Due to this decade of protests, I clearly understood that the right to vote is drenched in the blood spilled by the brave people who fought and even lost their lives for justice.

My dad’s values and determination; the resilience and courage of the civil rights freedom fighters; and the values and ethics of the social work profession compelled me to dedicate my life’s work to obtain justice for all. Yet we know in 2020 there are still numerous evil forces engaged in efforts to suppress and even deny eligible citizens the right to vote.

As social work justice advocates, we must remain vigilant in order to build an equitable free nation. As stewards of social justice, we have a lot of complaining to do, barriers to hurdle, and mountains to climb to “form a more perfect union.” In these chaotic times, our nation faces a national election that will determine the fate of social work and our ability to effectively advocate, educate and serve.

As social workers we cannot and must not normalize behaviors that question the core values of our profession. All social workers should re-read the entire professional code of ethics. After doing so, recommit to live up to the oath we are bound to follow, and then work tactfully to get out the vote.

Social workers, let us reaffirm our profession’s social justice commitment via the ballot box. In doing so as social workers, we will send a unifying message that we protect and defend the inalienable rights of all people and we will bend the arc of justice toward equity for all by taking action.