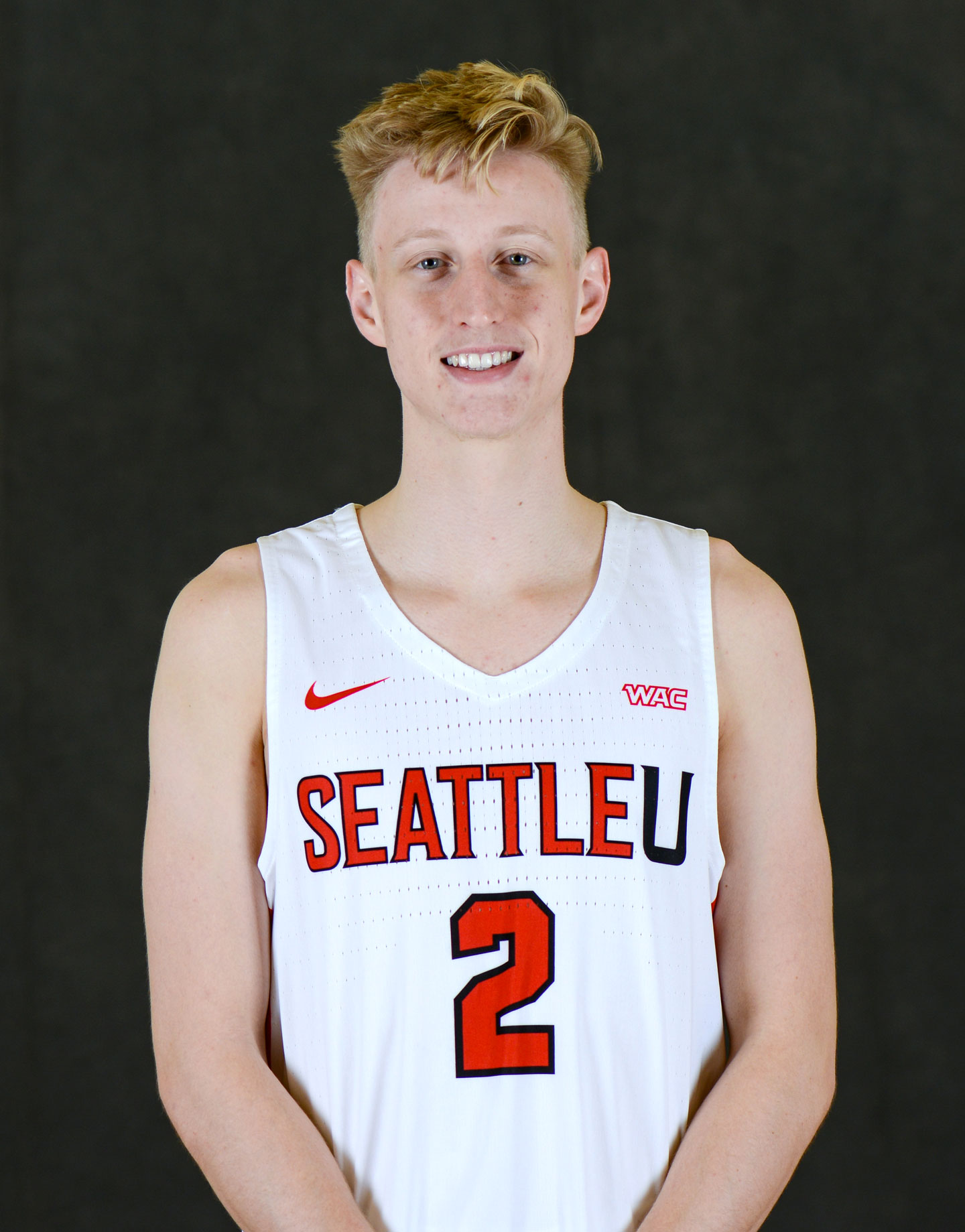 Joining the Seattle U Men’s Basketball team as a 6-foot-5 point guard from Phoenix, Ariz., Ian Burke, ’22, arrived in the summer of 2018 with the team’s other new recruits. Right away he felt “that chemistry” with the team, coaching staff, city and university.

“It was nice to have that chemistry,” says Burke, a Trustee scholar who carried a 4.0 GPA through high school. “I knew I wanted to play Division I basketball and this is a great school in a great city. It all lined up.”

Having declared psychology as his major, Burke has taken only Core classes so far. His favorite? Constructing a Post-modern Empire, which explores theories about the direction society is going. “I enjoy the dynamic between the teachers and the students,” he says.

Daily practice is 9 a.m. to noon, in addition to shooting drills on his own and time with coaches. During the season, the team has at least two games a week November through March before the post-season begins. Burke says all his coaches are mentors, and expectations are high.

“Everyone loves the game and loves to work hard. The level of commitment is there. We are creating a championship culture,” he says.

One day Burke wants to be a coach himself. He believes Seattle U’s mission of educating the whole person will prepare him to be the kind of coach he wants to be.

“I am learning every day from the best,” Burke says of Coach Jim Hayford and his staff. “You can’t be a great coach if you only know strategy. You have to relate to people, to know when to compliment, when to push. Without those abilities, you’re just an average coach. You can’t make an impact on a person beyond basketball without seeing the whole person and that’s what I hope to do.”