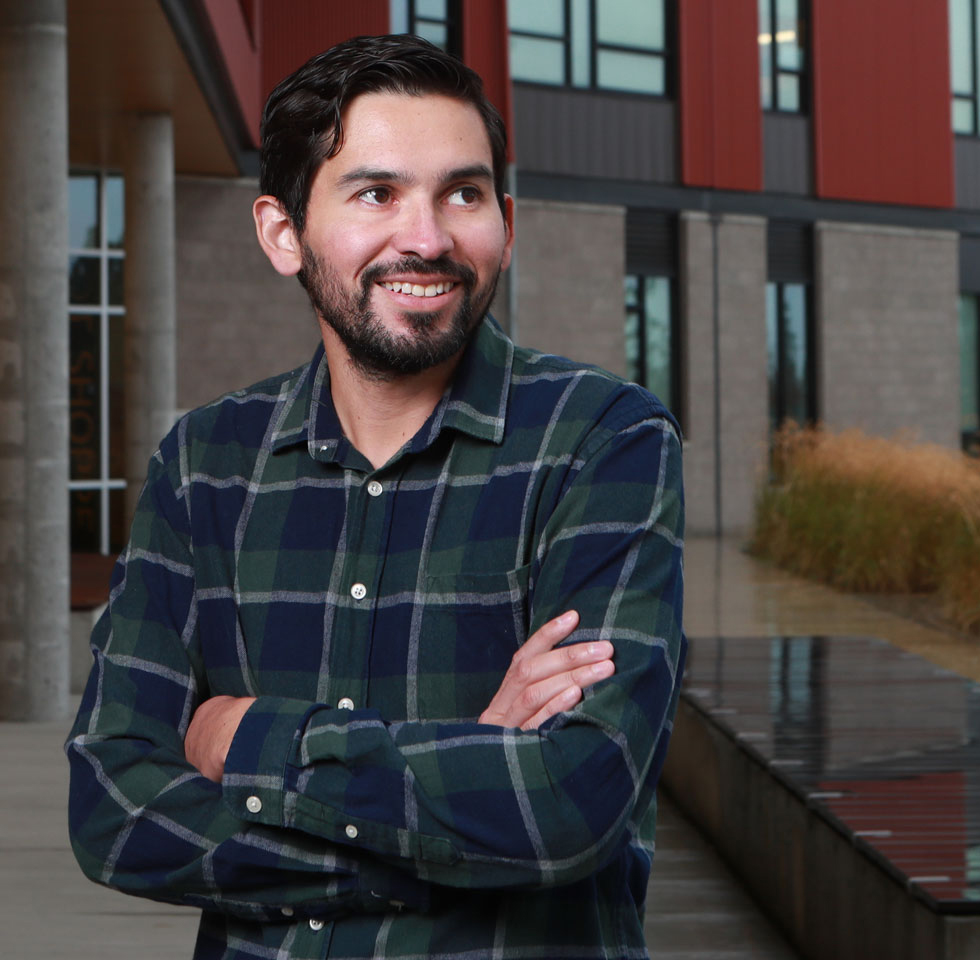 A proud Mexican-American, Daniel Chavez, ’17, is teaching more than algebra at a high school north of Seattle in a state where 90 percent of public school teachers are white. A graduate of Seattle U’s College of Education, he seeks to inspire students of color and serve as an example for students who have had little contact with people of color in leadership positions.

“I wonder how many of my students have a teacher whose parents come from Mexico,” he says. “It’s important that all students see that we can make it.”

Born in Los Angeles, Chavez spent 12 years in the U.S. before his parents moved the family back to Mexico during Chavez’s middle and high school years. He returned to attend Skagit Valley College for two years and completed his bachelor’s degree in math at Western Washington University in 2015.

He connected his talent for math with a passion for teaching that emerged through roles as a tutor, teaching assistant and afterschool activities coordinator. “In the classroom I felt I belonged,” says Chavez, who earned a Masters in Teaching (MIT) from Seattle U.

Chavez appreciated the MIT program’s “social justice approach to teaching.” He also valued the close bond among classmates in his cohort. What stood out, he says, was the face-to-face contact with professors. “The professors really modeled what it was to be a good teacher.”

The first in his family to attend college, Chavez received the Martinez Foundation Fellowship for students of color pursuing teaching degrees. Now, he has his sights set on a earning a doctorate degree.

“As a child of immigrant parents, I want to get as much education as I can because my parents were not able to,” he says. “I want to inspire students who might identify with me to reach their goals.”