The opportunity provided by SUECE to participate in academic research starting early in my undergraduate studies provided the groundwork for success in graduate school. My research mentors and teachers were invested in my future and helped me tailor my education to my specific goals. I never would have considered a PhD without their encouragement, guidance, and support.

Take advantage of office hours! The SUECE professors are an amazing resource, both for deepening your understanding difficult concepts and for providing resources for expanding your understanding of how course material relates to the real world. Stop by as often as you can, even if you don't have specific questions. You might be surprised by what you learn when listening to other students' questions and discussion.

Sara Beery's Story from her Senior year in 2016 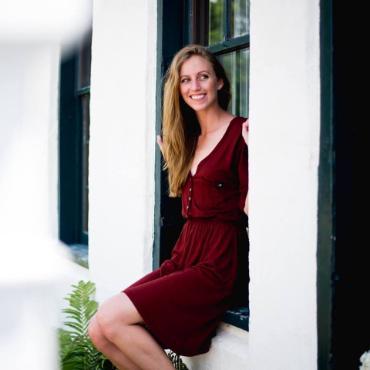 Sara Beery is a Seattle University senior graduating with a double degree: a Bachelor of Science in Electrical Engineering with a specialization in Computer Engineering and a minor in Computer Science, and a Bachelor of Science in Mathematics with a specialization in Applied Mathematics. She has been involved in many organizations on campus, and has held leadership roles in Alpha Sigma Nu, the Society of Women Engineers, and the Institute of Electrical and Electronics Engineers. She is also a member of Tau Beta Pi, the engineering honor society, and a Seattle University Bannan Scholar.

She is a nontraditional student, who returned to school after five years as a professional ballerina. She graduated summa cum laude a year early from high school and moved across the country to dance with the Atlanta Ballet, and later with Armitage Gone Dance in New York City. She was given opportunities to travel both nationally and internationally with both companies, and traces her love of travel to those experiences. She studied abroad twice during her time at Seattle University, first for five months at Georgia Tech Lorraine in Metz, France in 2014, and later in Santiago, Chile in 2016 as part of a Seattle University course on the mathematical modeling of near-shore phenomena.

“The time I spent as a dancer may seem completely unrelated to engineering, but the dedication and work ethic I developed as a professional ballerina are skills that are important in any field. I also found that the ability to quickly learn choreography translated easily to learning mathematical algorithms, which was surprising,” said Sara.

Sara worked as an intern at John Deere for two summers, first in electronic hardware design and later in machine automation research. During her first summer, she worked on product verification and validation of a wireless system for field monitoring. Her second summer was spent in John Deere’s Machine Automation Research Group, where Sara developed two new vision-based automation systems. Both projects were considered a success, and a patent application has been submitted for her work in vision-based real-time tracking of a machine subsystem in three dimensions for autonomous control.

When asked how SU and the ECE Department prepared her for her internships, Beery answered, “Seattle University’s focus on educating the whole person, and the valuable guidance I received from my advisor in the ECE Department, were instrumental to my success in industry. The ability to thrive in a corporate environment and the maturity needed to manage my own projects were skills I developed through my coursework and the opportunity to take part in undergraduate research starting during my freshman year at SU.”

Sara is passionate about research, and has spent the past three years working with Dr. Agnieszka Miguel on a project focusing on recognizing individual snow leopards in camera trap photos based on their spot pattern. She was awarded a 2015-16 Center for Environmental Justice and Sustainability Fellowship to fund her continued research on this topic. Her work with Dr. Miguel has recently been accepted for presentation at the 2016 IEEE International Conference on Image Processing.

Sara has been awarded a National Science Foundation Graduate Research Fellowship in the field of robotics and computer vision. The prestigious award is given to 2,000 students with the potential to make significant contributions to research, teaching and industrial applications in science, mathematics and engineering each year, and provides three years of tuition and a living stipend. Sara will begin her doctoral study in Computing and Mathematical Sciences at the California Institute of Technology in the fall, where she plans to develop applications of computer vision for environmental sustainability. Before she moves to Pasadena, she will be spending the summer working on a research project in the Advanced Undersea Systems and Technology group at MIT Lincoln Laboratory.

The key to her success? Sara says, “Being able to begin research so early in my academic career gave me the experience and confidence necessary to pursue a graduate degree. I am excited to take the next step, and I will depend on the values and expertise I developed at SU throughout my future career.”