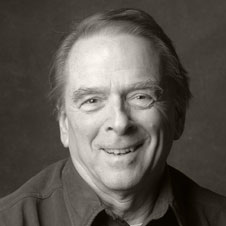 David Tinius worked seven years in the fields of engineering, accounting, and management consulting before earning a Ph.D. in business. He joined the Albers School in 1971 and served as chair of the Department of Accounting for 18 years between 1977 and 2003. Over those years, Dr. Tinius oversaw the development of a Masters degree in accounting and the raising of three-quarters of a million dollars in support of the accounting students and program. Dr. Tinius taught in the areas of management accounting and controllership. His research was in the areas of management controls and accounting history and has appeared in such journals as Journal of Accountancy, Management Accounting, Oil, Gas, and Energy Quarterly, and Managerial Finance. Dr. Tinius is a former national president of Beta Alpha Psi (1984-85) and served on its national board for six years. Dr. Tinius has been selected as a national Outstanding Beta Alpha Faculty Advisor and was also elected MBA Professor of the Year at Albers. His consulting work has been in litigation, performance measurement, and manager development. Dr. Tinius was honored by the funding of $500,000 professorship formed in his name. He is a co-founder of the Pacioli Society, a society formed to celebrate the 500th anniversary of the publication of a treatise on double-entry bookkeeping first published by Luca Pacioli, the leading mathematician of the Renaissance, in 1494. The Society produced a video, held international symposia in Italy, and published a new translation of the treatise, among other things, but perhaps the Society's proudest moment was the appearance of its story on the front page of the Wall Street Journal, later to be included in the anthology, "Dressing for Dinner in the Naked City and Other Tales" from The Wall Street Journal's "Middle Column."