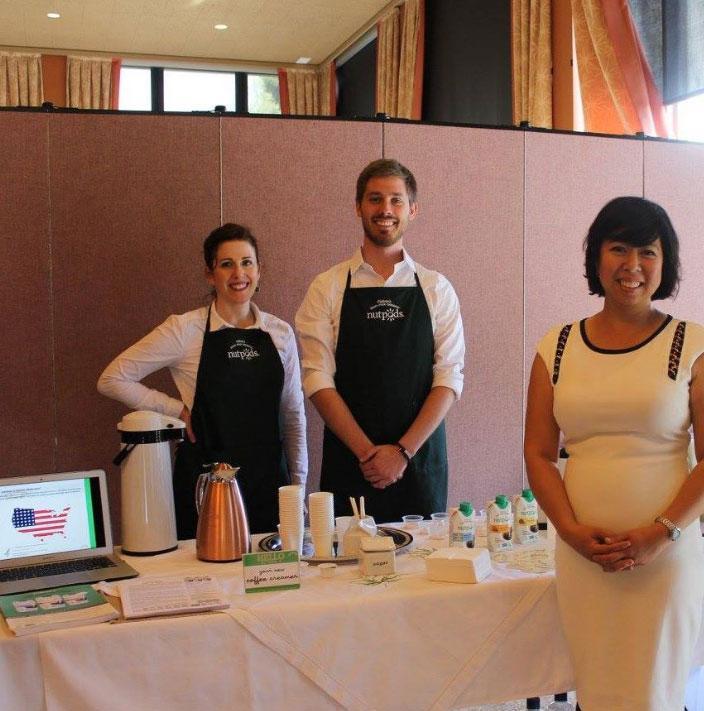 The Seattle based company nutpods has won Amazon’s Small Business of the Year award. Nutpods is a vegan nondairy creamer alternative with an online cult following. In addition to the Small Business of the Year award, Amazon handed out two other small business awards: Women-Owned Small Business of the Year and Small Business Owner under 30 of the Year. Companies 1818 Farms based in Mooresville, AL, and Habit Nest based in Los Angeles, CA, won the other two awards, respectively. All three winners received a prize package including six months of Amazon strategic account services, sponsored products advertising credits, and promotion on Amazon.com. The winners also received a trip to Amazon’s Seattle headquarters to meet with Amazon leaders to learn more about the tools and services Amazon provides to help sellers grow and scale their businesses.

Nutpods has deep ties with Seattle University and the Albers Innovation and Entrepreneurship Center (IEC). Nutpods launched with help from the Harriet Stephenson Business Plan Competition. Co-Founder and CEO Madeline Haydon (MBA ’05), a Seattle University MBA alumni, returned to campus to compete in the IEC Harriet Stephenson Business Plan Competition. Madeline placed as one of the finalists of the 2015 competition.

More recently, Madeline Haydon spoke at the IEC’s Founder Friday event at the end of January. Founder Friday is a new speaker series open to the public hosted by the IEC. It highlights the stories and lessons of entrepreneurial alumni. Madeline sat down with IEC Interim Director Amelia Marckworth and an audience of 75 students, alumni, and community members to discuss the journey and lessons of raising capital at all stages of a new company – from a kickstart campaign to private equity.

We are so proud of Madeline Haydon and all of the small businesses run by Seattle University students and alumni.