Written by Marc Cohen, Faculty Fellow and Professor of Management and Philosophy
January 21, 2021

Managers are often focused on control. They implement systems that monitor employees. Exhibit one, the title of a recent news story: “If Workers Slack Off, the Wristband Will Know. (And Amazon Has a Patent for It.).” And managers rely on contracts to provide legal recourse when partners—persons or other businesses—fail to meet their respective obligations. Indeed, the number of lawyers in the United States as a fraction of total employed citizens almost doubled between 1970 and 2000.

But academic research documents a number of benefits that trust brings to organizations and to business partnerships, including improved communication and creativity, increased efficiency and productivity, and 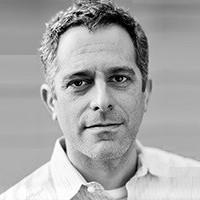 higher levels of satisfaction and commitment.

What is the relationship between attempts at control and the level of trust within an organization? How should we think about control if we want to build a culture of trust?

We might think that trust and control substitute for one another. Within organizations, managers who trust their employees don’t need to actively monitor their performance, whereas managers who do not trust their employees tend to rely on surveillance and control systems. Again, “If Workers Slack Off, the Wristband Will Know.” And joint venture partners that trust one another do not need contracts with legally binding clauses; trust replaces the contract and enables work to proceed more quickly, and also with less expense. But partners who do not trust need contracts.

Some, however, think that trust and control are compatible. The point is often put in abstract terms. When A and B work together, A might worry that B won’t act in a trustworthy way. So A will demand a contract that imposes penalties on B for not fulfilling B’s obligation; the idea is that B will act in a trustworthy way to avoid the penalty (in economic terms, the cost changes the “payoff” to B for non-cooperation). And then, knowing this, A will be more likely to trust B. So control mechanisms are thought to facilitate trust.

Less abstractly, on this line of thought, a contract between two companies might be required to make both parties feel safe enough to enter a joint venture at the beginning of a relationship, one in which trust could develop gradually, over time.

But control systems can have negative effects. One early paper in this area showed that control systems can affect the way we interpret the behavior of others. Organizational psychologist David Strickland measured supervisors’ attitudes toward subordinates in experiments. One subordinate was monitored, the other not, and their outcomes were the same, but at the end of the experiment the supervisor trusted the unmonitored subordinate more. The supervisor saw the subordinate who was monitored as being compliant, and the supervisor saw the other, who was not monitored, as being trustworthy. The presence of a control mechanism affected supervisors’ judgment.

Other organizational psychologists reported a parallel finding: after agreeing to a contract, observers explained behavior in terms of compliance with reference to the contract. The presence of control mechanisms again affected subjects’ interpretations about the behavior of others.

Part of the effect here depends on the (so-called) “signals” involved. Control systems and especially sanctions are used—in the organizational context—because managers and businesses assume that persons are not trustworthy. Control systems therefore provide a signal that persons cannot be trusted, and this reduces trust between individuals in the organization. The same happens when businesses use contracts to manage partnerships or other business-to-business transactions. 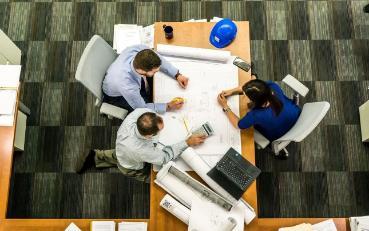 can also close off space for ethical decision-making. When sanctioning systems were present (systems that imposed costs for non-compliant behavior), those systems affected employees’ motivations: they saw decisions as involving the calculation of costs and benefits for different actions, and their decisions depended on the nature or scope of the penalties involved; this all in contrast to the relying on norms and reciprocity, and trust, in “more ethical” decisions.

These findings suggest that control mechanisms interfere with attempts at building a culture of trust. But there are exceptions. For example, Rosalind Klein Woolthius and colleagues, long-time trust researchers, studied a joint venture between two large pharmaceutical companies. The individual companies “already had a long and trusting relationship”; both companies “explicitly mentioned their trust to be a factor of utmost importance in their decision to collaborate”; but they nevertheless drew up an “extensive contract” that specified obligations in “great detail,” and they also formed a joint venture to formalize control over the relationship.

As Woolthius and her colleagues note, the existing trust relationship should have reduced the need for contractual safeguards, trust should have substituted for the contract. But this was not the case. Why? Wolthius and her colleagues suggest that the contract played a different kind of role, not connected with preventing opportunistic among the partners; instead, the contract “was a sign of the commitment… and a tool for coordination, simply to avoid misunderstandings in the project’s management (comparable to minutes of a meeting).” So here the contract is best understood as making the terms of the partnership explicit. It serves as a sign of commitment rather than as a signal of distrust. And using a contract in this way is compatible with building a culture of trust because the contract is not being used to control—but to clarify a joint understanding.

What then are managers and businesses to do? Surely some control is necessary within organizations and when businesses transact.

Some might see a communication issue here: control mechanisms must be presented in the right way to avoid the negative signal. But the negative signal is not something that can be hidden. Employees easily see through the rhetoric of management. Instead, managers should be able to explain to employees why they need certain monitoring systems; joint venture partners should be able to say what positive role a contract plays—explaining why those don’t reflect distrust—and then rely on their partners to see the business logic. Doing so is to treat partners and employees with respect.

There’s further evidence for this line of thought, the important role of respect, in one of the first papers on workplace surveillance. Economist Bruno Frey showed that, when employees felt that monitoring “unduly” restricted their own “self-determination,” it backfired; these employees felt insulted and responded by reducing their work effort. But employees who didn’t feel that monitoring was insulting did not respond negatively. So, control mechanisms can be compatible with trust (with Woolthius) and also effective (with Frey) if those mechanisms treat others with respect. But when they disrespect—when they signal distrust or disrespect—they are destructive.