John Dienhart, the Frank Shrontz Endowed Chair in Professional Ethics, is retiring from Seattle University at the end of this academic year.  John has been on our faculty since 1999, and prior to that spent 20 years on the faculty of St. Cloud State University.

As the Shrontz chair, John has done much to cement and promote the commitment to business ethics of the Albers School.  He launched the Albers Business Ethics Initiative, which evolved into our Center for Business Ethics.  He has organized and hosted international conferences on our campus, developed many ethics workshops for the business community, and overseen the evolution of Albers Ethics Week.  He has also served as director of the Northwest Ethics Network and frequently providing expert commentary to the press on business ethics topics.

Of course, John has also been very successful in the classroom, teaching many of our graduate business students over the last 15 years.  He is also highly regarded among his academic peers around the country.  He is past president of the Society for Business Ethics and served as a fellow of the Ethics Resource Center. John has also published four books, a number of articles, and made many presentations on ethics and leadership in business.

On June 13 th  we held a dinner to recognize John's many contributions to the Albers School and Seattle University, with his family and a number of colleagues in attendance.  Several of our faculty thanked John for being a mentor and wise colleague.  They appreciated his ability to listen to their concerns and to always see the positive in a situation.  They also lauded him as a voice of reason in important discussions that have taken place in the Albers School.  They also thanked him for his courage, not afraid to say something difficult that needed to be said, and always finding a respectful way to say it.

When it came time for John to speak, he recalled that when he first entered his doctoral program at the University of Illinois, he received a letter from the department stating, "we have found you to be deficient in ethics."  It was not referring to a character flaw, but the fact that in his undergraduate philosophy training he had somehow missed taking an ethics class.  Now, as a graduate student he had to take that ethics class, and as they say, "the rest is history."  Intending to focus on analytical philosophy, he switched to ethics, and lucky for us!  A good business ethicist is hard to find!

Among the attendees, we were fortunate to have Frank Shrontz, former CEO of Boeing and the namesake of our ethics endowed chair (which was funded by Boeing).  Frank has been very supportive of John's work, making financial contributions to support the Albers Business Ethics Initiative as well as the Center for Business Ethics.  We are blessed to have the support of someone so universally respected as Frank, who serves as a great role model for our students and alumni.

Thank you, John, for everything you have done for Seattle University and the Albers School, and especially for you work with our students and alumni! 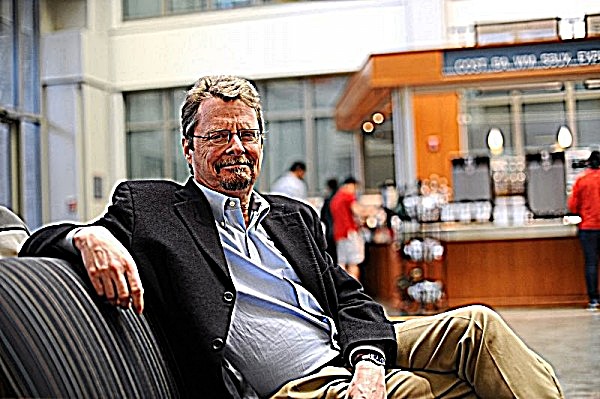