Professor Harriet Stephenson is retiring from Seattle University after 47 years of service.  Harriet joined our faculty in 1967 when their were few women holding PhDs in business.  It is a credit to former Dean Jim Robertson that he was smart enough to hire Harriet (and other former faculty members such as Professor Hildegard Hendrickson).  It started a long tradition of Albers having a higher proportion of female faculty members than the average business school.

Harriet is best known for her founding of our Entrepreneurship Center, now the Innovation and Entrepreneurship Center.  She started the center in 1989 with very limited resources and laid the groundwork for its success today.  One of its important activities was the Business Plan Competition, which we have now named after her as the Harriet B. Stephenson Business Plan Competition.  I'm glad we were smart enough to do that!

Harriet was also the first holder of the Lawrence K. Johnson Endowed Chair in Entrepreneurship.  The chair was donated by Kent Johnson in honor of his father, and it was Harriet who engaged Kent in supporting entrepreneurship at SU.  Today the chair is held by Dr. Leo Simpson, and it is key reason for the success of our entrepreneurship initiatives.

Harriet has also been very active in the Small Business Institute and United States Association for Small Business and Entrepreneurship (USASBE).  She has served in many leadership roles with those groups and her students have probably accumulated more SBI awards than any other faculty member in the nation (according to Leo, at least!).

Harriet has also taken on many leadership roles at SU, including department chair, acting dean, president of the faculty senate, and chair of the United Way campaign!

Harriet has received many awards over the course of her career, both internal and external.  At SU she has received several teaching awards, including Albers Undergraduate Teacher of the Year in 1985 or the SU Alumni Professor of the Year Award in 2009.  Externally, she has received the Paul Sarbanes Spirit National Award for social entrepreneurship and the National Small Business Institute Directors Fellow Award, among others.

Despite all these accomplishments, Harriet has remained very humble and just gone about doing the work that she does.  She was never one to seek the spotlight, but the spotlight found her.  She was an important mentor for many of her Albers colleagues and considered by all to be one of the most supportive individuals in our school.

On behalf of the thousands of students at SU that you have served, and your colleagues in the Albers School, thank you for everything you have accomplished and contributed to Seattle University, Harriet! 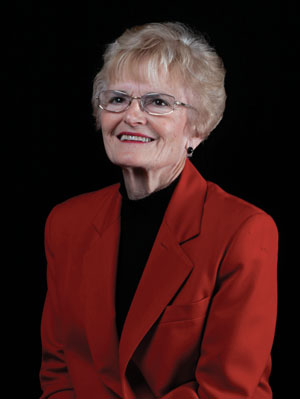