Fred DeKay is retiring at the end of this academic year.  Fred is a Professor of Economics and has been a full-time member of our faculty since 1980.  Fred served as Associate Dean and Acting Dean between 1988 and 2000.  Fred was also the faculty advisor for Beta Gamma Sigma from 2002 until this year.  BGS is the academic honorary for business schools with AACSB accreditation.  Every year Fred guided the chapter to Premier status!

On May 19 th , we had a dinner to recognize Fred's many accomplishments and contributions to Albers and SU.  Those in attendance noted that Fred is unflappable.  They said they had never witnessed Fred get angry at others or himself.  As David Arnesen put it, "20/20 is Fred's blood pressure!"  That is quite a statement considering the twelve years he served in the Dean's Office where he surely fielded plenty of complaints!

Fred's time in the dean's office certainly benefitted the current dean.  Having been on both sides of the table and frequently seeing that issues are often not black or white, Fred always remained subtle and understated when telling you that something was a bad idea.  Few in higher education take that approach!

Fred also has the reputation of being a "good citizen." He has always been willing to do more than his fair share of the extra work we always ask faculty to do.  He's the one who is happy to come in on Saturdays and Sundays for the admissions events!

A few colleagues expressed their displeasure with Fred's prowess on the basketball court and golf course.  They think he's too good for his own good, although they do look forward to playing more golf with him in retirement.

What I will always remember Fred for is that he spent a long time in the Dean's Office (twelve years), where he was not doing much teaching or scholarship.  When he returned to the faculty full-time, he not only had to figure out how to restore his teaching effectiveness, he also went about determining what he needed to do to be promoted to Full Professor in the way of establishing a research agenda.  Both are very hard to do after you stop doing them, but Fred stuck with it and did both and he was promoted to Full Professor in 2012.  That does not happen very often and serves as a great example to his colleagues!

Speaking of teaching, Fred is frequently the economics professor who  alumni remember from their days at Albers, and Fred has proven he is an effective teacher at all levels - undergraduate, graduate, and executive education.  Marilyn Gist noted that Fred was especially popular with our EMBA students and had a knack for figuring out exactly what they needed to know about the Dismal Science!

Having been a member of the SU faculty since 1980, Fred has seen some remarkable changes at SU as the university has progressed to become one of the top comprehensive universities in the West.  That only happened with a lot of Fred Dekay's on campus - good citizens who were good at what they did.  Thank you, Fred, for all you have done for this university!

Fred DeKay hiking at Spider Gap in the Cascades: 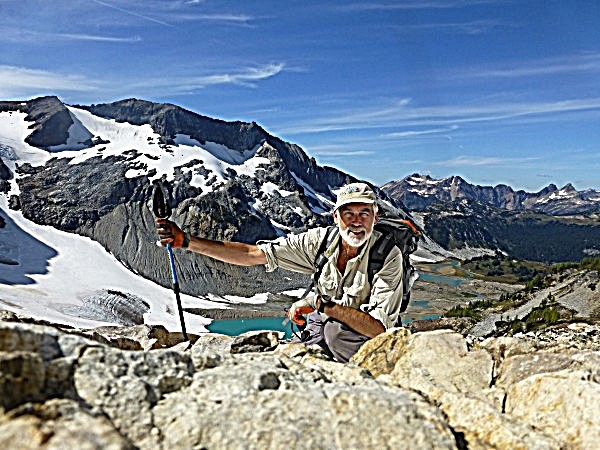