This year was the 13 th  year of the Albers Executive Speaker Series.  The series brings top business leaders from the Puget Sound and elsewhere to campus to speak to SU students.

This year is also the 35 th  anniversary of the Puget Sound Business Journal .  To mark the occasion, the Journal  identified the 35 most influential business leaders in the Puget Sound over the last 35 years.

While the speaker series does not go back 35 years, it is interesting to see how the two lists overlap.  It turns out that fourteen of the business leaders identified by the Journal have also participated in the speaker series.  This includes Starbucks CEO Howard Schultz (#4 on the PSBJ  list), Costco's Jeff Brotman and Jim Sinegal (#7), former Microsoft CEO Steve Ballmer (#9), and Bellevue real estate developer Kemper Freeman (#10). 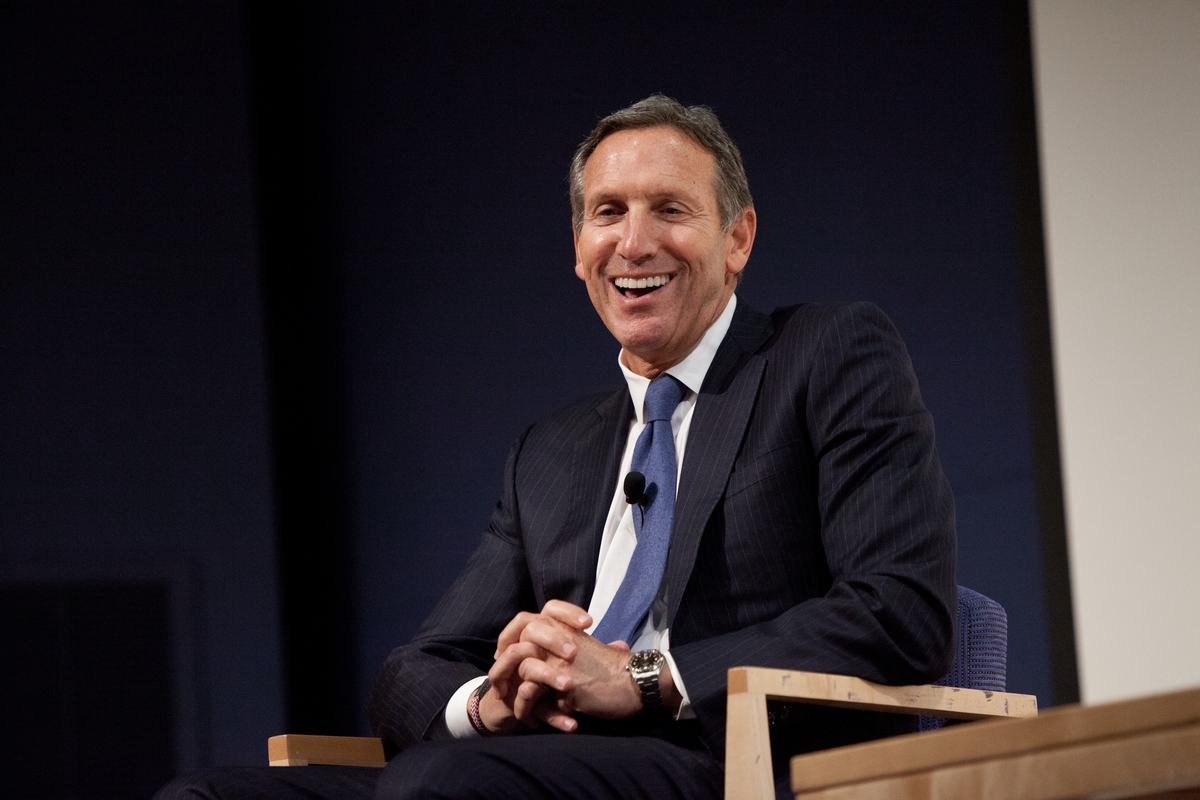 Just about every speaker has proven to be a good role model for Albers students and a leader you want to expose students to! One exception to that would be Kerry Killinger, former CEO of WAMU, who was #13 on the Journal list.  Remember the list is identifying influential leaders, not necessarily admirable leaders or leaders who did not lose their way.  Killinger spoke in May, 2003, long before the demise of WAMU and arguably before the organization started to stray from a sustainable path.

Some people on the Journal list have spoken more than once – that would include Howard Schultz, Jim Sinegal, former Alaska Air CEO Bill Ayer (#16), Phyllis Campbell (once as CEO of the Seattle Foundation and once as Vice Chair with JP Morgan) (#20), and #32 Sally Jewell (as REI CEO).  Alan Mulally (#15), who recently retired as CEO of Ford Motor Company, is scheduled for his second visit in October.  The first time he spoke he was CEO of Boeing Commercial Airplanes.  Schedule for April, 2016 for the first time is Richard Barton (#11), founder of Expedia and Zillow.

Others that we have been fortunate to have in the series include PACCAR’s Mark Pigott (#23), Tomio Moriguchi from Uwajimaya (#24), and wireless guru John Stanton (#29).

I often tell students and parents that Seattle is a great town for a business school to be in.  What more proof do you need than the Albers Executive Speaker Series and the great business leaders our students get to hear from!