Performing Arts and Arts Leadership
College of Arts and Sciences

Stretch is a program designed to bring visiting artists, faculty and students together in a creative exploration that artistically stretches everyone involved.  Stretch aims to combine faculty work with visiting artists in a way that expands students' experience of making theatre. Stretch projects/workshops focus on new approaches including: 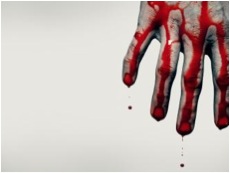 Stretch 2012 focuses on cross-gender approaches to Shakespeare culminating in a production of Shakespeare's Titus Andronicus featuring an all-female cast of professional actors, presented by upstart crow and directed by Professor Rosa Joshi.

In June we will offer a text based Shakespeare workshop, focused on Titus Andronicus, lead by Scott Kaiser, head of voice and text for Oregon Shakespeare Festival.  Seattle University students will be joined by the professional actors performing in Titus.  The workshop will explore the incredibly rich text of Titus and help develop a specific approach to gender in the final production.

The full production of Titus Andronicus will be presented by upstart crow in September at the Lee Center, opening September 6.

upstart crow is an all-female collective committed to creating classical works for a contemporary audience. The production will feature an all-female cast of professional actors, including recent SU theatre graduates.

This year, students in theatre, visual arts and music will study and apply the history and practices of devised theater including performance art, avant-garde traditions and multimedia through the cultivation and development of original material.

Devising is the process of creating and developing an original piece of theatrical art through play, discovery and questioning as part of a collaborative workshop. A devised theatre piece can be derived from one or many different kinds of materials, including a poem, experience, song, visual image, sound, idea, or dramatic/non-dramatic text. Devising companies may include designers, actors, dancers, musicians, directors, visual artists and playwrights.

Come and see how students applied the devising process to create and develop an original piece of theatrical art through play, discovery and questioning as part of this collaborative workshop. Participants will be featured in an ArtTalk on Fri Sept 23 @ 4:30 @ the Lee Center for the Arts.

The inaugural Stretch project/workshop was lead by Ki Gottberg and Carol Clay. During her sabbatical, Carol Clay created a set and puppets to inhabit a dynamic little world. On the first day of the project, playwright/director Ki Gottberg saw the world and began to write for it.

Working with professional actor Elizabeth Kenny and three current students, the script was developed around the puppets and a main character. Over the course of several weeks an entire story was made and the little world was brought to life. This unique development process was so successful that Clay and Gottberg hope to have a full production of the play next year.