Be sure to join us on Facebook!  Our page has been very active this year, and I would like to bump up our membership numbers even more.  You can utilize the page to post social gatherings, provide links to interesting research, or make any announcement that other MACJ students may want to know about.  Also, be sure to join LinkedIn & Twitter.  Dr. Rice has created a SU CJ Department Linked In page and often posts job announcements there.   Be sure to get yourself out there. Remember that networking is often the key to employment success!

Be on the lookout for our Spring Continuing Education event on May 6th entitled, “Addressing Seattle’s Urban Disorder with Collective Efficacy Principles.”  It will be held from 8:30 a.m.-4:30 p.m. in Student Center 160. This event will provide you with the opportunity to earn Continuing Education credit.  Lunch will be included as part of your registration. If you are interested in registering for the event, or perhaps volunteering at the event, please contact Kate Reynolds at reynoldsk@seattleu.edu or (206) 296-5470. 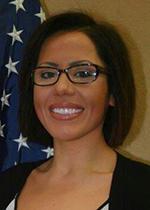 Elizabeth Fernandez completed her B.A. in Interdisciplinary Arts and Sciences with an emphasis in Politics and Values and a minor in Criminal Justice at the University of Washington, before continuing on to earn a Master of Arts in Criminal Justice at Seattle University. Her education, combined with internships with the Tacoma Police Department and the U.S. Marshals Service, led her to accept a non-permanent position as a Criminal Analyst with the Washington States Office of the Insurance Commissioner Special Investigations Unit (SIU).

The mission of the SIU is to criminally prosecute individuals who victimize the insurance industry. With a demand in case support, the position was later transitioned into full time permanent. After almost three years of service with the State’s Insurance Commissioner, Elizabeth continues to be grateful for her positive and challenging experiences at Seattle University that have contributed into making her the analyst that she is today. Aside from working, Elizabeth is committed to living a very active and healthy lifestyle.  At this point in her life, if I’m not working in Olympia, shopping at Nordstrom or at Starbucks than she’s at the gym or running the water front along Ruston way by her home in Tacoma, Wash. 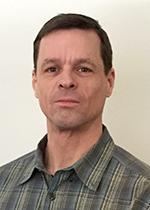 Chris Fowler was born and raised in the Puget Sound region. He received a Bachelor’s Degree from the University of Washington and a Master’s in Public Administration from Seattle University. Chris also attended the Army War College and was awarded a Master’s Degree in Strategic Studies.

After serving several years on active Duty with the U.S. Army, Captain Chris Fowler joined the Seattle Police Department as a patrol officer.  He has served over 24 years as a Police Officer, working patrol in many neighborhoods throughout the city. Other assignments over the years have included the SWAT Team, Narcotics unit, and Investigations. He has served as Operations Lieutenant of the South Precinct; in the Professional Standards bureau as an investigator; and as the Captain of the Audit, Policy, and Research section. Captain Fowler currently is the Commander for the West Precinct encompassing the Downtown, Magnolia, Queen Ann, and Eastlake neighborhoods.

A true Seattleite, one of his first jobs in high school was working at the Pike Place Market. In 2013 he participated in the Torchlight Parade, representing the National Guard, where he currently serves as a Brigadier General. Chris enjoys spending time with his 3 sons, skiing, and running. 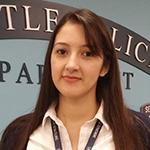 Gloria Lara was born and raised in Southern California, and received a Bachelor of Arts in Criminal Justice with a minor in Law, Politics, and Society from California State University, Fullerton. After attending the Seattle University Graduate Open House in January 2014 and learning about the department’s advisory committee, she applied to the MACJ program. The close relationships between the Criminal Justice Department and agencies made Seattle University the top choice for acquiring her degree. She is currently pursuing a Masters in Criminal Justice with a specialization in Investigative Criminology as well completing the Crime Analysis Certificate Program. Gloria’s career goals include working as a Crime Analyst at a local police department where she can gain experience to later be an Intelligence Research Specialist for the DEA.

Currently, Gloria is a Data-Driven Program Intern at the Seattle Police Department. She joined the team in November 2015 and has been responsible for data requests, reports, and crime analysis. The SPD Data-Driven team provides and maintains crime data internally and externally to improve police functions and increase transparency. The Data-Driven team also works closely with the Crime Analysis Unit in order to facilitate their functions. Gloria also assists the Data-Driven Program Manager with multiple projects and SPD’s bi-weekly accountability meeting, SeaStat.

In her free time, Gloria enjoys spending time exploring Washington, visiting her family in Los Angeles, and playing video games. She also enjoys being a Student Volunteer at the DEA where she assists analysts with special cases. 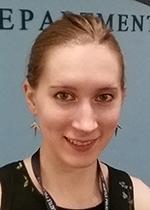 Karmen Schuur was born in Kent, WA and graduated with a B.S. in Psychology from the University of Washington. While there, she held a job as a research assistant, working alongside clinical researchers investigating the marginalization and substance use experiences of LGBTQ women. Choosing to stay local, she applied to Seattle University's Master of Arts in Criminal Justice program after deciding to continue her education immediately after her undergraduate career. Learning about the work of local police departments with social service providers in joint enforcement teams and crisis intervention units, Karmen struck a balance between her interest in psychology and criminology by honing her interests in the Victimology specialization.

Shortly after beginning the MACJ program, Karmen began working with Drs. Helfgott and Parkin on evaluating the Seattle Police Department's Micro Community Policing Plan out of SPD's north precinct. Since then, she has also begun working within SPD's Data-Driven Program as a student intern alongside fellow criminal justice masters student, Gloria Lara. Thus far, she has enjoyed learning from, and collaborating with, those aiming to reform local policing and develop community-based strategies for service. She has hopes that her work here will translate into an exciting career in data analysis and/or crime prevention education following her graduation at the end of 2016. Currently, Karmen has changed her specialization to Investigative Criminology and is in the process of writing her thesis on the outcomes of the consent decree in-place at SPD.

In her free time, Karmen enjoys running, cooking Italian food with her fiancé, and hiking with good friends who own reliable cars.