A handful of the faculty and several students attended the recent Western Society of Criminology Conference in Hawaii as well as the American Academy of Forensic Science Conference in Seattle. It was a wonderful opportunity for our MACJ students to present their research, learn about the most current research in the field, and to network with scholars and practitioners in the field. The department strongly encourages you to present/attend conferences as part of your education at SU. We do offer a small travel award that can assist you in your efforts to travel to conferences. Feel free to contact Devin for the travel award application. Also, the Graduate Student Council offers funding for various activities including conference travel. For an application, see: http://www.seattleu.edu/gsc/funding/.

Be sure to join us on Facebook! Our page has been very active this year, and I would like to bump up our membership numbers even more. You can utilize the page to post social gatherings, provide links to interesting research, or make any announcement that other MACJ students may want to know about. Be sure to check it often for various announcements that I make. Also, be sure to join LinkedIn. Dr. Rice has created a SU CJ Department LinkedIn page and often posts job announcements there. Remember that networking is often the key to employment success!

Levi Girard, was born and raised in Ephrata, WA. and obtained his B.A. in Criminal Justice from Eastern Washington University. After graduation Levi taught English in Chile, but realized upon returning to the US that his B.A. was not sufficiently competitive. He began researching his options and discovered the Masters in Criminal Justice program at Seattle University. Levi took a liking to the crime analysis classes in the MACJ program that eventually shaped his course of study. Once completing the program, he began applying for positions around the country and was ultimately hired as a Crime Analyst in Fargo, ND. His employers appreciated the training that Levi had received and felt that the instruction he had received at Seattle University had prepared Levi for the position they were looking to fill.

As the first dedicated Crime Analyst the department has hired, Levi Girard has essentially designed the program from the ground up. As this was his first position as a crime analyst, Levi found this level of responsibility initially daunting. Levi is grateful to the certificate program at SU, crediting it for familiarizing him with available current methods, tools, and resources for crime analysis. That knowledge has allowed him, despite inevitable trial and error and a fairly steep learning curve, to successfully develop a program in Fargo.

Another aspect of the program that Levi appreciated is the number of contacts he forged during his time in the program. Many of his fellow students have begun entering the field, providing a built-in opportunity for networking prior to hitting the job market. According to Levi, recognizing the names of people whom you have met and know because of the time you’ve shared in the program is “pretty cool.” 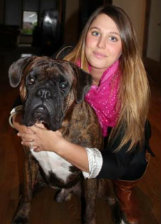 Stacy Cecchet received her Ph.D. in clinical psychology from Seattle Pacific University. She specializes in forensic psychology, behavioral psychology, and trauma. Dr. Cecchet conducts empirical research on domestic and international sex trafficking, consults with law enforcement, and provides clinical services to survivors. Dr. Cecchet has also made a number of international humanitarian trips to provide emergency psychological services after natural disasters. Dr. Cecchet completed her pediatric post-doctoral fellowship in behavioral psychology at Johns Hopkins University School of Medicine and the Kennedy Krieger Institute. Currently, Dr. Cecchet is Adjunct Faculty in the Criminal Justice Department and teaches Forensic Psychology and the department’s new course, Sex Trafficking: Domestic and International Perspectives. When she’s not teaching or working at her practice, Dr. Cecchet enjoys traveling around the world, and hiking, and surfing in the Pacific Northwest with her husband and dog. 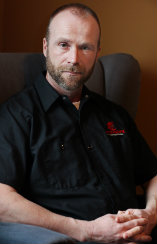 Wallie Lacks has had a long and interesting lead up before joining the Seattle University MACJ program. Wallie started off as a United States Marine in 1993, during which time he has deployed to Yugoslavia and Bosnia. He has participated in evacuating U.S. citizens from both the Albanian security crisis of 1997, as well as from the civil war and collapse of the former capital of the former nation of Zaire (now the Democratic Republic of Congo). As a member of the KFOR, Wallie was also involved in pushing the Serbian Army out of Kosovo. He deployed to participate in the ground invasion of Iraq and the push into Baghdad to bring about the end of Saddam Hussein.

During those many deployments, Wallie had to deal with reestablishing civil security organizations and police forces in order to keep and maintain order in what was otherwise a lawless environment (Stability and Support Operations). Following the invasion, Wallie transferred out of the active duty Marine Corps into the reserve and attended Old Dominion University majoring in Criminal Justice. Wallie Lacks felt a strong pull for the discipline gained from the experiences he had interacting with police organizations from all the world wide hot spots he toured in the 1990's.

After graduating from Old Dominion University, in 2006 Wallie reentered active duty as an officer in the U.S. Army. Wallie volunteered and was selected to attend training to become an embedded military advisor to the Iraqi Army. Having a background in criminal justice, and wanting to work with National Iraqi police forces, Wallie was assigned as an advisor to the Iraqi National police for four months in Diyala province Iraq before being reassigned to work at the National Headquarters for the Iraqi Department of Border Enforcement, Iraqi Ministry of Interior. Having completed his assignment as a military advisor and returning to the states, Wallie quickly volunteered to redeploy back to Iraq for a third tour with the Army Combat Brigade that was bound for Diyala province. Once again, Wallie worked advising Iraqi Police forces in the town of Tarmiya on how to employ effective data driven targeting practices to reduce local crime as well as terrorist activity.

Wallie joined the program at Seattle University in the hopes to round out his unusual background in criminal justice. Wallie really enjoys the art and science of putting together effective programs that work at reducing crime and enhancing police organizational skill. He felt that pursuing a Masters degree would help him reflect on what he could have done better to organize, train, and work alongside his Iraqi police counterparts and how that reflection could help him in the future when called upon to serve again. In his free time, Wallie enjoys reading classic literature (Moby Dick, War and Peace, Great Expectations) and autobiographies, running, hiking, and getting greasy and oily while working on his noisy bone-shaking choppers.