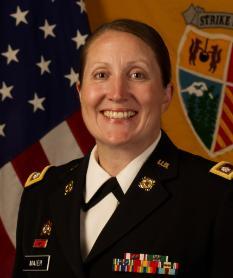 Lieutenant Colonel Brianna M. Maier is a native of Tumwater, Washington.  She commissioned as a Second Lieutenant in the Ordnance Corps following her graduation from University of Portland in May 2004.  She entered active duty in December 2004.

Lieutenant Colonel Maier’s initial assignment was with Golf Forward Support Company (FSC), 204th Support Battalion (SB), 4th Infantry Division, Fort Hood, TX where she served as a maintenance platoon leader.  She deployed in support of Operation Iraqi Freedom (OIF) 05-07 with the battalion from November 2005 to November 2006 where she served as the Entry Control Point Officer in Charge (ECP OIC) and Provincial Joint Communications Center (PJCC) OIC.  Her next unit of assignment was with Bravo Company, 704th Support Battalion, 4th Infantry Division that later reflagged to 27th Brigade Support Battalion, 1st Cavalry Division.  There she served as the executive officer along with serving as the unit movement officer for the Joint Readiness Training Center (JRTC) rotation in October 2007 and the National Readiness Center (NTC) rotation in April 2008.  She deployed for OIF 08-10 with the battalion from June 2008 to May 2009 where she served as the executive officer, Entry Control Point/ Visitor’s Control Center (ECP/VCC) OIC and director of logistics for Tallil garrison operations.  After completion of the Combined Logistics Captain’s Career Course (CLC3) at Fort Lee, VA in March 2010 LTC Maier was assigned to the 61st Ordnance Brigade, now 59th Ordnance Brigade, and took command of Bravo Company, 16th Ordnance Battalion.  After command, she served as a logistics operations officer assigned to Army Sustainment Command (ASC), Rock Island Arsenal, IL from 2012-2015, where she specialized in the Strategic Readiness Update (SRU) and as a Lead Materiel Integrator (LMI) Decision Support Tool (DST) trainer.  Following Command and General Staff College (CGSC) at Fort Leavenworth, KS, LTC Maier was assigned to Joint Base Lewis-McChord from June 2016 to June 2019 where she served as the I Corps G4 operations officer, 42nd Military Police Brigade S4, and 13th Combat Sustainment Support Brigade (CSSB) Support Operations Officer (SPO).  Her previous assignment was the Joint Planning Support Element, Joint Enabling Capabilities Command (JECC) at Norfolk Naval Station, VA where she has held jobs as a joint sustainment planner, sustainment team deputy, and Executive Officer for the JECC Commander.  She is currently serving as the Professor of Military Science and head of the Military Science Department at Seattle University.

Lieutenant Colonel Maier earned her Bachelor of Science Degree in basic science from University of Portland, and a Master of Business Administration in Logistics from Trident University.  She is married to Major Logan Maier, and has three children (Josie-10, Connor-8, Cooper-6). 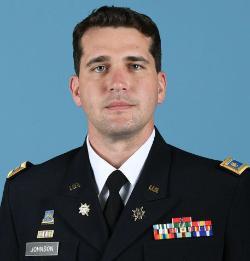 MAJ Joshua Johnson is the Assistant Professor of Military Science, Battalion Executive Officer, Battalion Operations Officer, and the Instructor for MSIII Cadets.  He commissioned through the ROTC program at Virginia Tech with a Bachelor of Arts in History.  In 2007, he branch detailed as a Field Artillery Officer and served as a Platoon Leader for three years.  He then transitioned to Military Intelligence in 2010 once promoted to Captain.  MAJ Johnson has served at all echelons from tactical to strategic over his 14 years of service including operational deployments tours to Operation Enduring Freedom and Operation Iraqi Freedom.  His hometown is Bremerton, WA and currently resides in Seattle with his wife.

SFC Linden is an Armor Noncommissioned Officer with over 13 years of experience in the Active Army.  He has deployed and supported North Korean deterrence in East Asia, Operation New Dawn in Iraq, and NATO Operation Atlantic Resolve in Europe.  He has served in armored brigade combat teams as a tank driver, loader & gunner, Tank Commander, Section Sergeant, and Platoon Sergeant.  His special assignments include serving as an Army Recruiter and as a Cavalry Squadron Assistant Operations Noncommissioned Officer.  SFC Linden is originally from northwestern Pennsylvania and is married with a daughter and son.

Shawn Dodge graduated from the University of Oregon in 2000 and received an Active-Duty Army commission from the ROTC program as an Armor Officer. As a branch detailed Officer, Shawn transitioned to Military Intelligence in 2004 after attending the Officer Transition Course in Ft. Huachuca, AZ. While serving in Washington, Shawn completed his MBA from Saint Martin’s University.  In 2008, while serving as a Company Commander, Shawn was nominated and selected as the Army Athlete of the Year (distance running) which enabled him to represent the Army at numerous distance running events in the United States and abroad. Upon recommendation for promotion to Lieutenant Colonel, he was nominated as the Brigade Deputy Commander for the 505th Military Intelligence Brigade (Theater), a brand-new Theater Intelligence Brigade supporting Army North and Northern Command, in Camp Bullis (San Antonio), TX. Shawn’s final military assignment was the Professor of Military Science at East Tennessee State University. In this role, Shawn was responsible for 125 Cadets on five college campuses in the tri-state region of Tennessee, Virginia, and North Carolina.

Shawn is married to Danielle Dodge and has three children. He is a resident of Bainbridge Island, WA. 2LT Darius Zaragoza is the Gold Bar Recruiter at Seattle University. Prior to earning his commission through the University of Washington with a Bachelor of Arts in Psychology in 2022, he enlisted in 2019 as a psychological operations specialist in the United States Army Reserve where he served for three years. 2LT Zaragoza will serve as an active-duty Infantry Officer.  His hometown is Kent, WA. 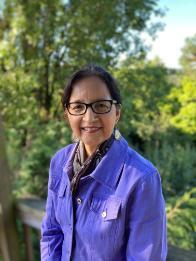 If you like what you see, or would like to know more about our program, we would be happy to answer any questions you may have. We look forward to hearing from you!

Ms. Rose first graduated Seattle University in 1992 and never left, as many staff and faculty fondly remember. She pursued multiple degrees over her time at the University and worked in most of the departments within the College of Arts and Sciences. In 2016, she came out of retirement to work with the Military Science/ROTC program until her passing in 2018. During her two years with the Brady Battalion, she helped with everything from organizing events to offering advice and support to all the Cadets who came in. She filled the office with her laughter and her wit and is greatly missed. Ms. Rose is survived by her husband Mike and their three children and five grandchildren, and the Brady Battalion thanks them for sharing the wonderful Ms. Rose with us.