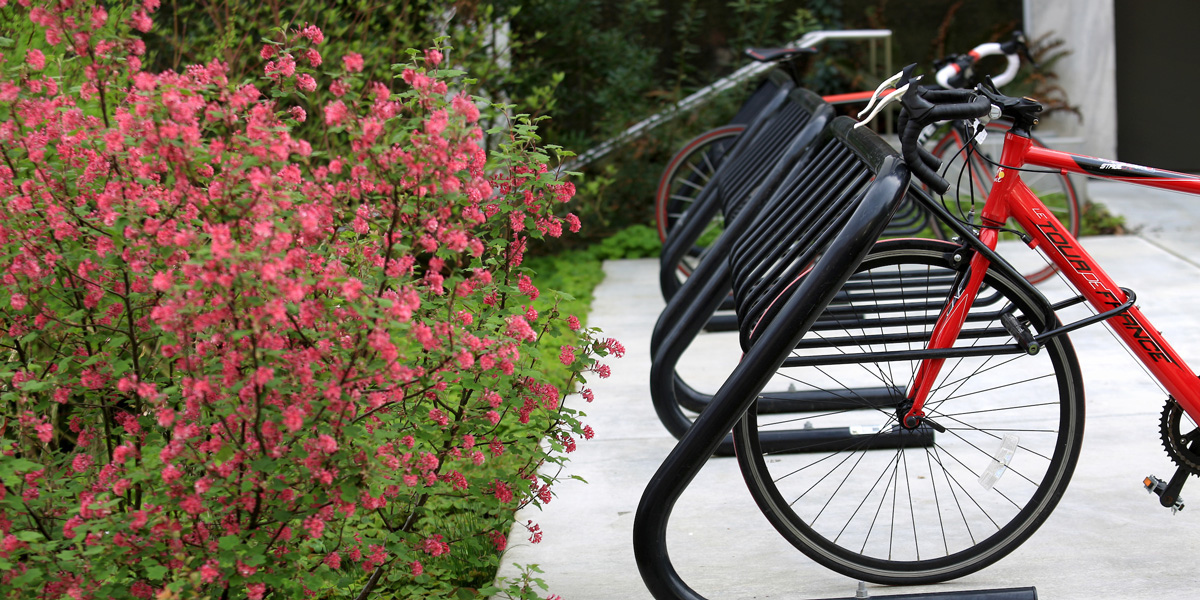 The university continues to be a campus sustainability leader among the 28 Jesuit colleges and universities in the United States, says Phillip Thompson, director of the Center for Environmental Justice and Sustainability. SU, Loyola University Chicago and Santa Clara University are the only three Jesuit schools to achieve STARS Gold status.

Thompson and others have designs on an even higher rating. "Now that we have established our baseline, I think we can set a goal for achieving STARS Platinum (the highest status) over the next year or two. We would be the second school in the country to do so as Colorado State is the only platinum-rated school currently."

STARS' rigorous benchmarking program measures an institution's overall sustainability performance. Participating schools are evaluated on how effectively they incorporate sustainability into (1) academics; (2) engagement with the campus community and public; (3) operations; (4) planning and administration; and (5) innovation.

In his letter to AASHE as part of the application process, SU President Stephen Sundborg, S.J., affirmed the university's commitment to sustainability and its progress in becoming even more eco-friendly in recent years. "Seattle University's commitment to sustainability is reflected by how our students, faculty and staff work together with our neighbors to care for nature and for the well-being of our community," he wrote.

As a signatory to the American College and University Presidents Climate Commitment, Seattle University adopted a Climate Action Plan (CAP) in 2009 stating the university's intentions to more comprehensively address climate change and advance sustainability. A main goal of the plan is to reduce greenhouse gas emissions produced by university operations (by at least 12 percent by 2020 and at least 51 percent by 2035 from buildings, solid waste, university-owned vehicles, air travel, and commuters to campus).

To reach this goal, the university has implemented a series of facilities improvement measures; improved the efficiency of campus vehicles and equipment; increased waste reduction, reuse, recycling, and composting activities; and has provided commuter incentives for car/van pools, car sharing, transit, walking and biking.

The measures are paying off. Through investments in new campus infrastructure, energy conservation, and increased composting, SU has thus far reduced its greenhouse gas emissions by 31 percent since 2009.

President Sundborg, in his letter, also highlighted the 300 sustainability-related courses that SU's faculty have developed and the multitude of eco-friendly initiatives and activities in which the university's students participate.

Looking to the future, Sundborg, concluded by writing, "Seattle University is committed to going further with our sustainability efforts, and we will use this initial STARS report as a means of identifying areas of improvement for the coming years."

More information about SU's rating can be found at STARS. To learn more about the university's sustainability-related efforts, visit CEJS.