The next few weeks provide several opportunities for faculty and staff to learn more about a key moment in history of the Jesuits and to explore the Jesuits' significance in world history.

Suppression and Restoration of the Jesuit Order: A Two-Part Series

This year marks the 200th anniversary of the restoration of the Society of Jesus, following a 41-year period in which the Jesuits were suppressed by the pope. 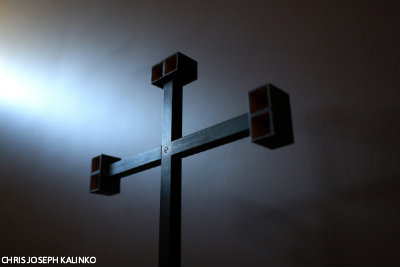 Tom Lucas, S.J., professor of Fine Arts and rector of the Arrupe Jesuit Community will speak on "Jesuit Suppression and Restoration: Cultural Contexts and Challenges, 1773-1814" at 3:30 p.m. on Thursday, Jan. 16 at Wyckoff Auditorium. The series continues with Gerald McKevitt, S.J., professor at Santa Clara University, who will give a talk on "Restoration and Relapse: Jesuit Education in the U.S., 1814-1900" at 3:30 p.m. on Thursday, Feb. 20, again at Wyckoff.

"A significant part of the history of Jesuits has been the relationships between the papacy and the Society of Jesus," says Peter Ely, S.J., vice president for Mission and Ministry. "That relationship has never been better-having a Jesuit pope helps. It has often been worse, as these lectures will make clear. But it's not only about Jesuit relations with the pope. The causes of Suppression and Restoration are complex and fascinating.

"We are privileged to have two Jesuit historians speak to us on these very significant moments in the history of the Jesuits."

Jesuits in World History: A Symposium and Teacher's Workshop

The Society of Jesus was, as one historian has noted, "The most important organization in the early modern world."

The Department of History is hosting a two-day gathering on the historical significance of the Jesuits. On Friday Jan. 31, scholars from England, Canada and the United States will explore emerging scholarship on the critical role that the Jesuits played in shaping world history.

The second day, Feb. 1, is a workshop geared to teachers and focuses on innovative ways to integrate key resources in Jesuit history into world history classes.

"The symposium speakers are designing their talks to be useful for scholars who are familiar with some aspects of Jesuit history and accessible for general audiences who want to have a better appreciation for the role that the Jesuits have played in world history," said Tom Taylor, chair of the history department. He added that there will be plenty of time for questions and discussion.