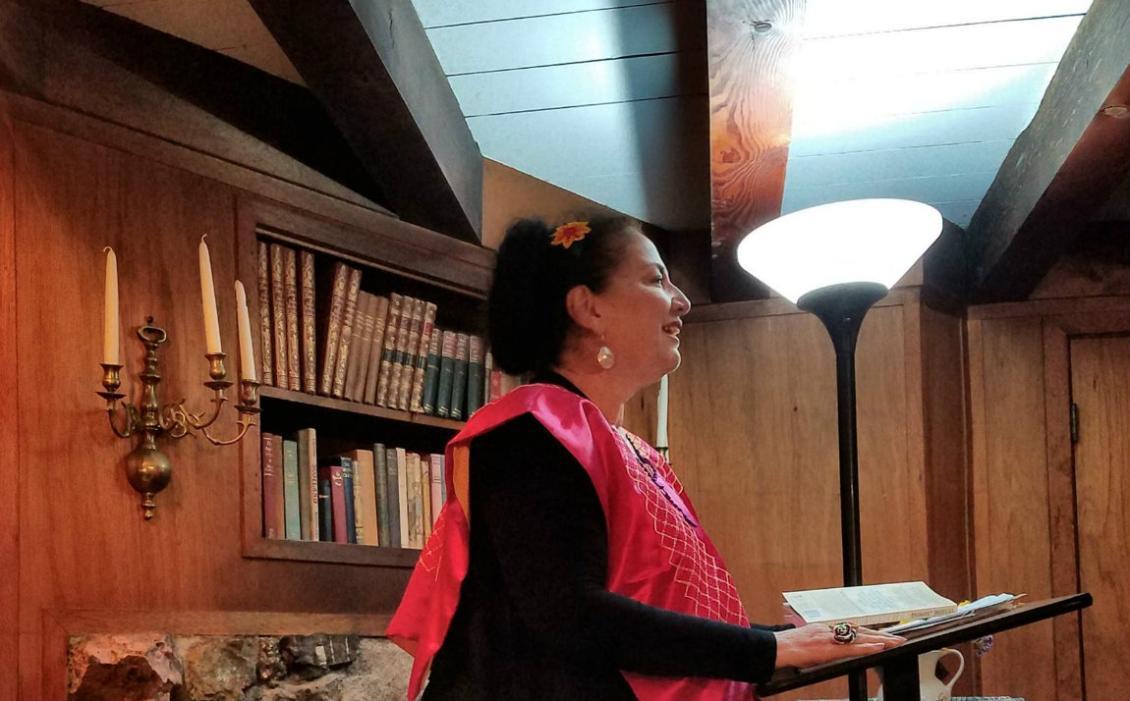 Gabriella Gutiérrez y Muhs, the Pigott McCone Endowed Chair in the Humanities, has criss-crossed the nation in the past few months, giving talks alongside prominent antiracist speakers, poets and scholars on various campuses and at other venues.

At California State University, Monterey Bay, Gutiérrez y Muhs, joined other renowned authors featured in Ink Knows No Borders, for a poetry reading. This week she hosted the book’s co-editor, Patrice Vecchione, for two campus events sponsored by the Pigott McCone Chair, including a presentation and reading as well as a writing workshop.

Gutiérrez y Muhs also gave presentations at Arizona State University, CSUMB, Santa Clara University as well as Tor House and Hawk Tower in Carmel, Calif. (pictured above). At the National Dialogue on Race and Racism in Florida, which examined race-based health disparities, Gutiérrez y Muhs served on a panel with noted anti-racist speakers Jacqueline Battalora, Tim Wise (with whom she is pictured below) and Ernest Grant, the first male (and first African American male) to be president of the American Nursing Association. 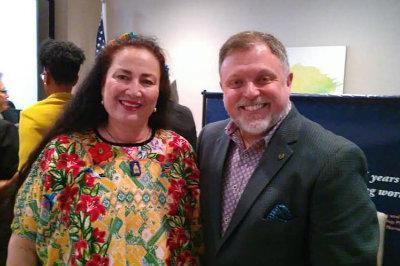 Gutiérrez y Muhs also attended the sole presentation of “Their Dogs Came With Them,” at the Perryville Prison, near Phoenix, Ariz. Staged and fully presented by women prisoners, the precedent-setting play is based on the work of Helena Maria Viramontes, the director of the Creative Writing Program at Cornell and an author about whom Gutiérrez y Muhs has written criticism for many years and edited an entire collection of essays, published by University of Arizona Press: Rebozos de Palabras: An Helena Maria Viramontes Reader.

In May, Gutierrez y Muhs will present at the Gloria Anzaldúa Conference: Translating B/borders University of Paris VIII, Paris, France, and at The Spanish Association for Dialogue with the Hispanic Cultures of North America International Conference in Alicante Spain at the  Universidad Miguel Hernández de Elche, where she will be a featured poet and presenter.