The Jesuit Soul of SU's Future 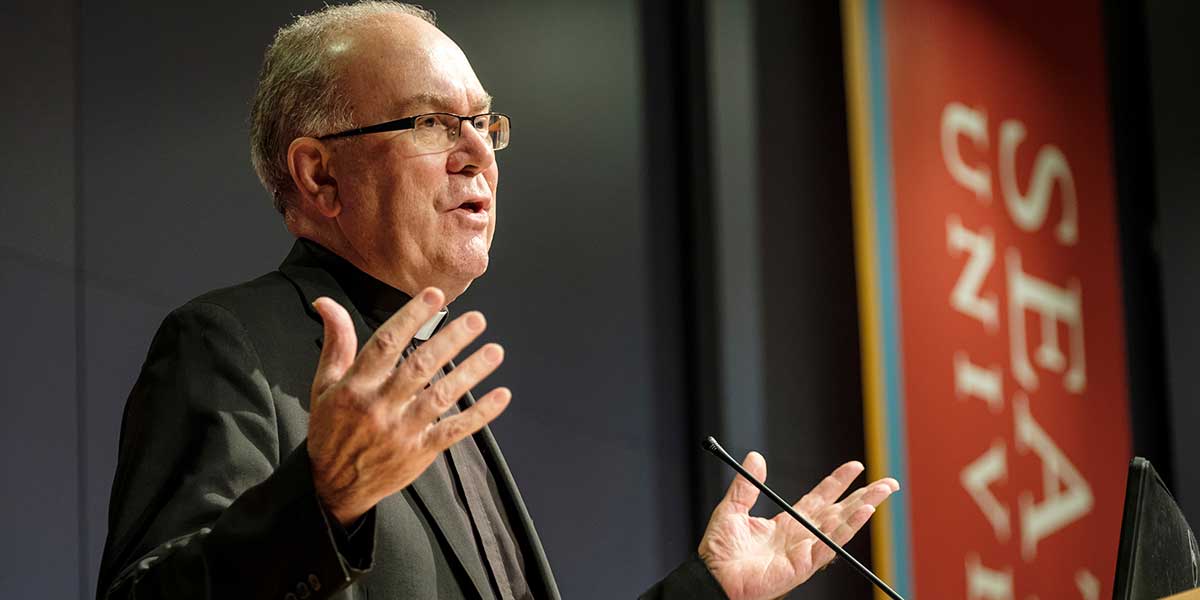 In the company of trustees, regents and other leaders and friends of the university on Sept. 12, SU President Stephen Sundborg, S.J., delivered a State of the University address on “The Jesuit Soul of Seattle University’s Future.”

“I have long held, frequently articulated, and firmly believe that while Seattle University has many characteristics, it has a single character and that is its Jesuit character or soul,” said Father Sundborg. “Being Jesuit makes us to be the kind of university we are and gives us through our alumni the impact we have…We enjoy a prominent place among Jesuit universities in this country and beyond because of how comprehensively and confidently we are Jesuit.”

The president went on to outline four components of SU’s Jesuit soul that he sees as necessary for guiding its future endeavors. The university, he said, must:

These dimensions, Father Sundborg said, will be critical to the five-year strategic plan that will soon be formulated as well as the successful completion of the capital campaign now underway.

“If we follow these four Jesuit ways of acting from the soul of who we are, Seattle University will indeed plan and enact a very promising and distinctive future worthy of our past, our present, our students, our alumni and ourselves,” the president concluded.

Read the full text of Father Sundborg’s 2018 State of the University address here.