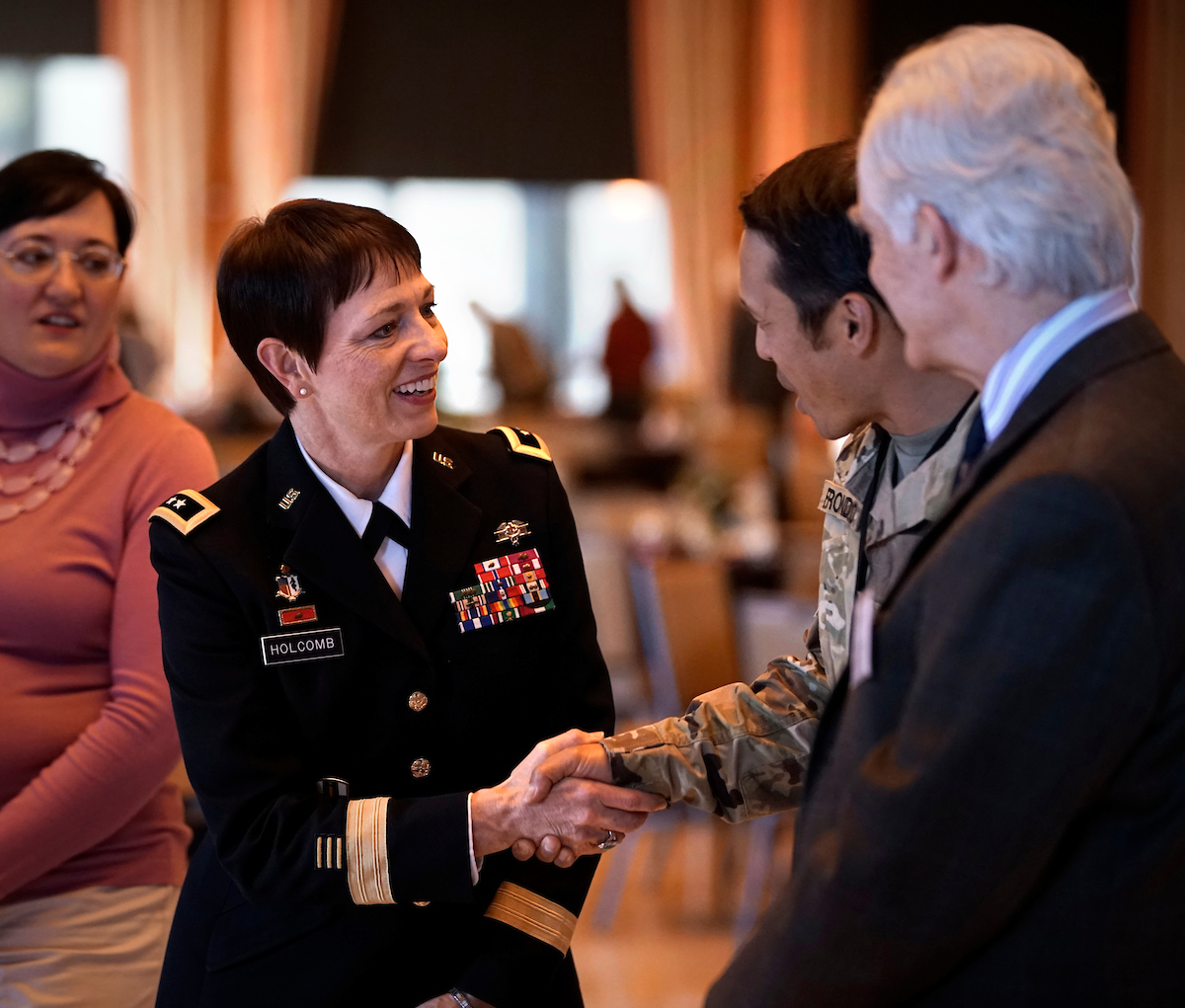 Holcomb is commanding general of the U.S. Army Medical Research and Materiel Command (MRMC) and Fort Detrick, Md., and chief of the U.S. Army Nurse Corps. She is the first nurse to serve as commander of MRMC and Ft. Detrick.

As a cadet in ROTC, she was denied the role of battalion commander because the cadre said that a nurse would never be a commander. Major General Holcomb proved them wrong when she became commander as a captain and subsequently commanded at every rank thereafter, including as the first nurse to command Landstuhl Regional Medical Center.

Major General Holcomb was deployed to Desert Shield/Desert Storm, Macedonia and Kosovo. In 2010 she took her dream job as commander of a Combat Support Hospital in Iraq in support of Operation Iraqi Freedom and New Dawn. She has been highly awarded and decorated throughout her extraordinary career.

“The College of Nursing faculty, staff and students are so proud to see one of our graduates holding ultimate responsibility for the health of those who have served our country and the well-being of their care providers,” says Kristen Swanson, dean of the College of Nursing.

Major General Holcomb was the recipient of the 2018 Professional Achievement Award. “Seattle University provided me with a sense of gratitude and service, of being part of something bigger than myself,” she says.