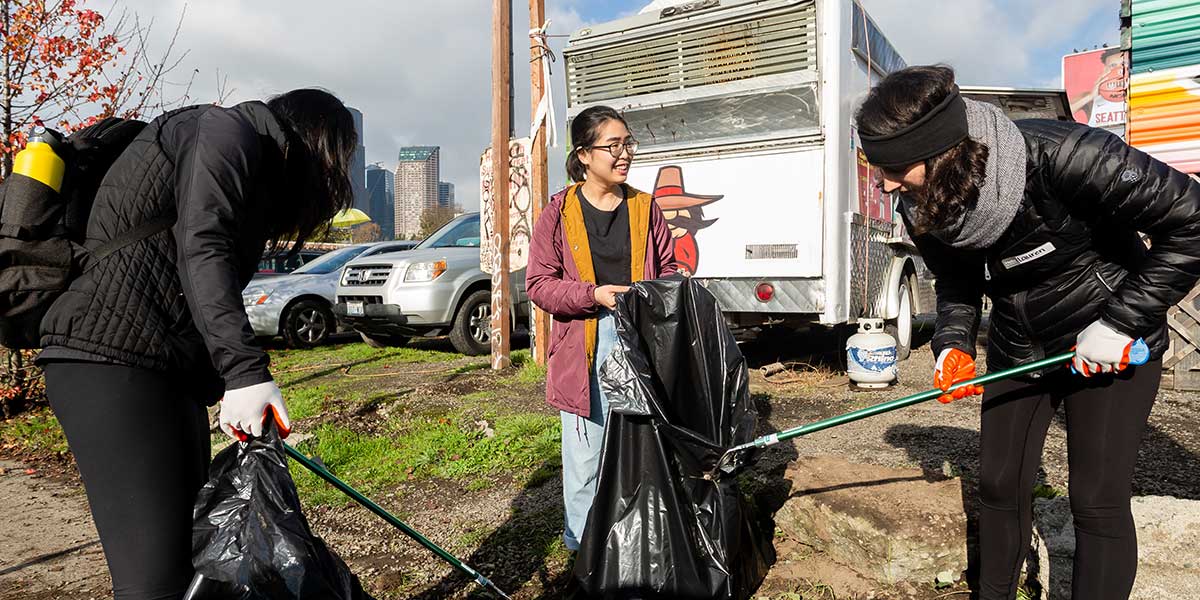 The former deputy attorney general praised the "extraordinarily principled" and "public-spirited" employees of the U.S. Department of Justice during his visit to the School of Law.

Rosenstein visited the law school for an hour-long discussion, after announcing a new $500,000 reward for information in the unsolved 2001 Seattle slaying of federal prosecutor Thomas C. Wales. (The Justice Department had already offered a $1 million reward.)

His visit came less than a week after Rosenstein announced the indictment of 13 Russian nationals and three Russian companies accused of spreading misinformation in an attempt to interfere with the 2016 presidential election. Rosenstein directly supervises special counsel Robert Mueller, who is investigating Russian interference in the election and possible ties between Russians and President Donald Trump's campaign.

"This is a challenge your generation will have to face, how you filter out the truth from the barrage of real and fake information that you're being constantly fed," he told law students.

Professor McKay asked why Rosenstein announced the indictments last week, rather than Mueller. "Bob Mueller is a very quiet man," he joked, then explained that Mueller is a special counsel, rather than an independent counsel, and Rosenstein reviews his work. "I am accountable for what he does."

Rosenstein serves under Attorney General Jeff Sessions, who recused himself from the Russia investigation due to his involvement in the Trump campaign, then as a senator from Alabama.

Rosenstein has become a political lightning rod ever since he authored a memo cited by President Trump as his basis for firing FBI Director James Comey last spring. In recent months, he's been attacked by the Tea Party and Trump loyalists for his role in the Mueller investigation.

"Deputy attorney general is typically a low-profile job," he joked, adding that when he took the job he told his teenage daughter that she wouldn't ever see his picture in the newspaper.

Before taking office at the U.S. Department of Justice, Rosenstein served as the U.S. Attorney for the District of Maryland, where he oversaw federal criminal and civil litigation and developed and implemented federal law enforcement strategies in the state.