The home of our main campus and known to many as "Pill Hill," it is also the site of several hospitals, many of them nationally recognized. The area earned its name because it was one of the first established neighborhoods in Seattle. To secure housing in this area, drive around to spot "room for rent" signs and apartments in the charming homes built on the hill.

Seattle meets San Francisco. Just north of First Hill and the main campus, this is one of Seattle's most lively and diverse neighborhoods. Houses, apartments and mansions surround the popular Broadway shopping area where you can find vintage clothing, book boutiques and several cafes. The Asian Art Museum is tucked away in Volunteer Park, a large community hub offering a dog park and a Conservatory.

Beacon Hill is primarily residential but is not very far from First Hill. With a Light Rail stop in the middle of the neighborhood, there are many shops and restaurants located on 15th Avenue. Jefferson Park and its 18 hole golf course are located at the top of the Hill. El Centro de la Raza helps give the neighborhood its soul. El Centro since has created vital programs used by thousands of Latinos and other minorities. Its food bank serves several hundred local families a week. Its day-care center offers a bilingual education to preschool children.  The neighborhood's ethnicity is remarkable, even for Seattle. 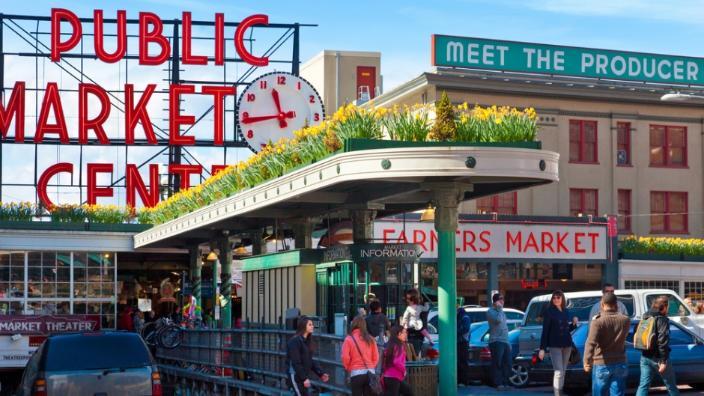 This artsy neighborhood known as "Funky Fremont" is filled with great shops and 50's and 60's kitsch (check out the statue of Lenin and the Fremont Rocket). This wonderful spot has not yet been discovered by tourists and is truly a Seattle community. The Sunday Fremont Market is well known in the area. Finding an apartment in Fremont can be a challenge. Average rent is much the same as Green Lake and Wallingford.

Definitely more geared to the "yuppie" community, it is the location of one of Seattleites favorite spots. The lake itself takes over most of the community leaving only a few square miles for its inhabitants. For the fitness buff, there is a 3-mile paved trail around the lake for walking, running and rollerblading. It is where people go to see and be seen.

This is a vibrant inner-city neighborhood, where vegetable markets spill out onto the sidewalks and barbecued ducks hang in shop windows next to strips of crispy pork. Herbal medicine shops promising restored health vie for space and attention with florists, gift shops, noodle joints and a jumble of Korean, Vietnamese, Chinese and Japanese restaurants. As an older generation of merchants slowly retire or die, new immigrant families, many from Southeast Asia, come to the International District. They come for the inexpensive housing and the chance to start a business, as the first wave of Japanese, Chinese and Filipino did decades earlier.

To the south of the Central district and First Hill overlooking Lake Washington, the Mount Baker neighborhood combines charming older homes with sweeping views of Mount Rainier and Lake Washington. This politically active community of 3,500 residents, in the heart of Rainier Valley, is one of Seattle's most economically and racially diverse neighborhoods.

456 ft above sea level, Queen Anne is home to one of Seattle's most fashionable neighborhoods. Named after the Queen Anne style homes built by early residents, the hill borders the Seattle Center built for the 1962 World's Fair. Great restaurants, shops and theaters are just a few of the benefits here. Room for rent signs and postings at the local markets are great ways to find a place to share.

Aside from its wonderful waterfront, Microsoft mansions and 1950s brick ramblers, Seward Park's eclectic personality is subtly influenced by its Jewish residents. Where else in Seattle can you share the sidewalk with dozens of traditionally dressed Orthodox Jews on their way each Saturday to synagogue or a big family meal? Not many other places as about 90 percent of Seattle's Orthodox Jews live within a mile of the three synagogues located here. Seward Park is also racially diverse. Asians and African Americans comprise roughly 50 percent of residents.

Known to us locals as the "U-District", it is the home of the University of Washington. For the most part, the neighborhood is composed of students who rent houses, apartments and mother-in-law flats in the area. The U-District is filled with activity as students fill its coffee shops and bookstores.

Centrally located to recreation and points of interest, this residential community offers the feeling of being a little town. Located on the other side of I-5 from the University District, it is also home to many students. Apartments are snugly located between houses and condominiums. 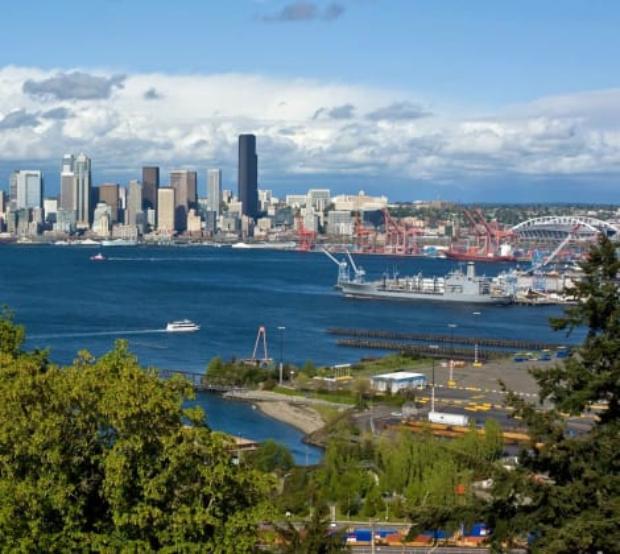