Salvage Rituals is an endurance-based performance that centers queer bodies dancing exhaustedly on a hexagon-shaped platform of piezoelectric tiles—their bodies and motion actively charging and powering the stage lights. Salvage Rituals weaves together poetic text, live electronic music, trance-like choreography, and large-scale intricately sandblasted glass panels. As our society moves toward an increasingly unstable future, this work constructs a meaningful communal ritual investigating what it takes to sustain our light; literally and spiritually.

**This residency is made possible by the Pigott Endowment for the Arts, Seattle University SUVAIR Program and the 2018-2019 Artist-in-Residence Program at On the Boards. Salvage Rituals will be presented at On the Boards in the 2019-2020 season. 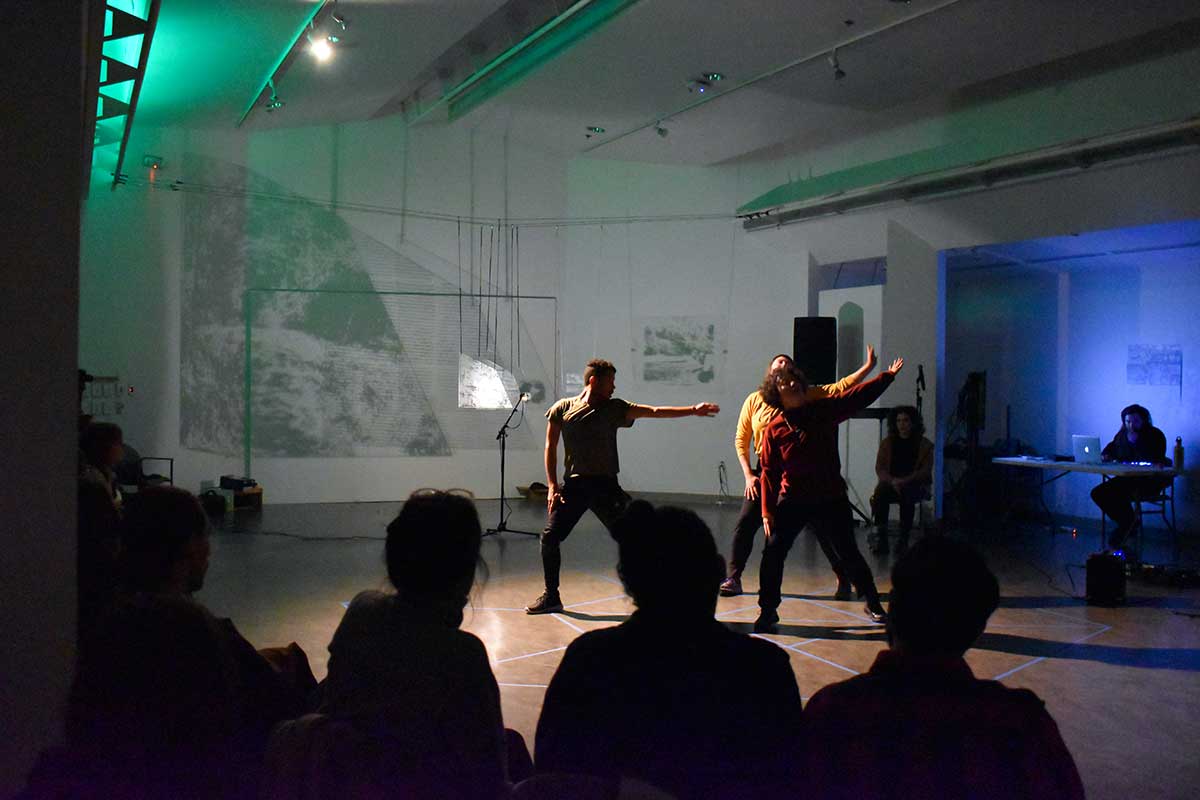 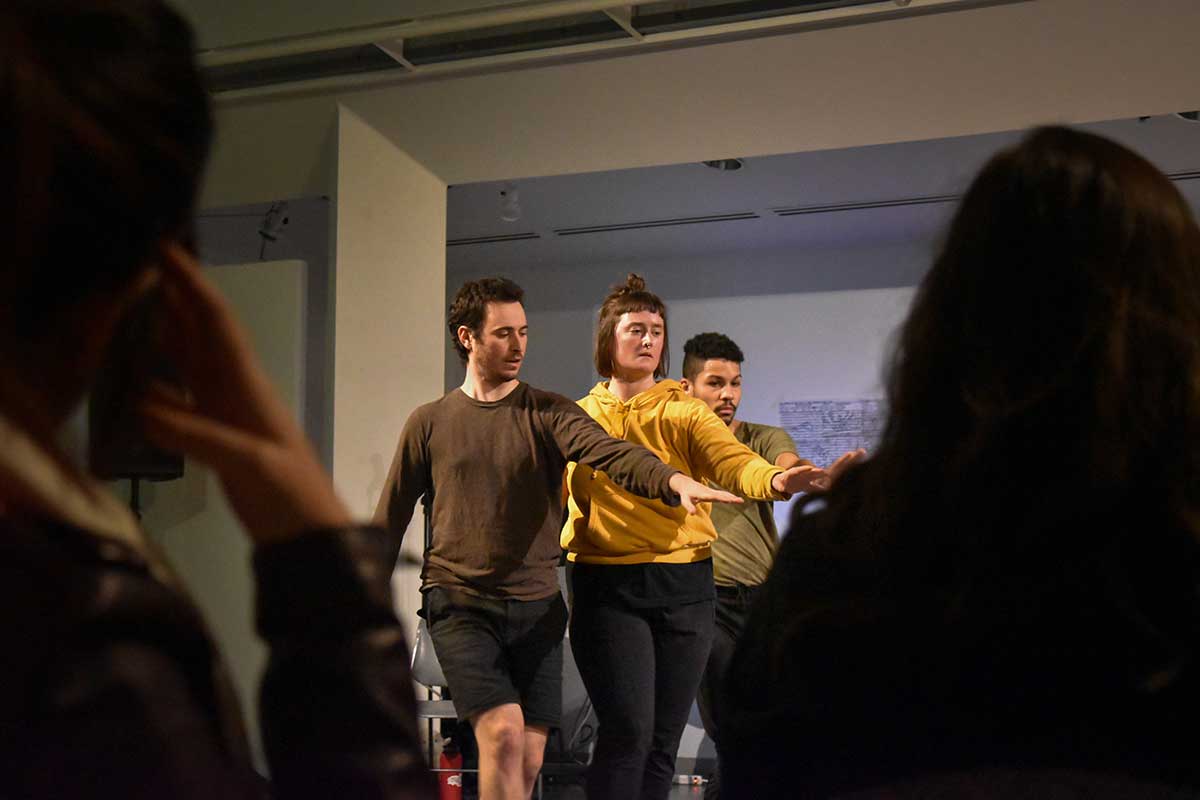 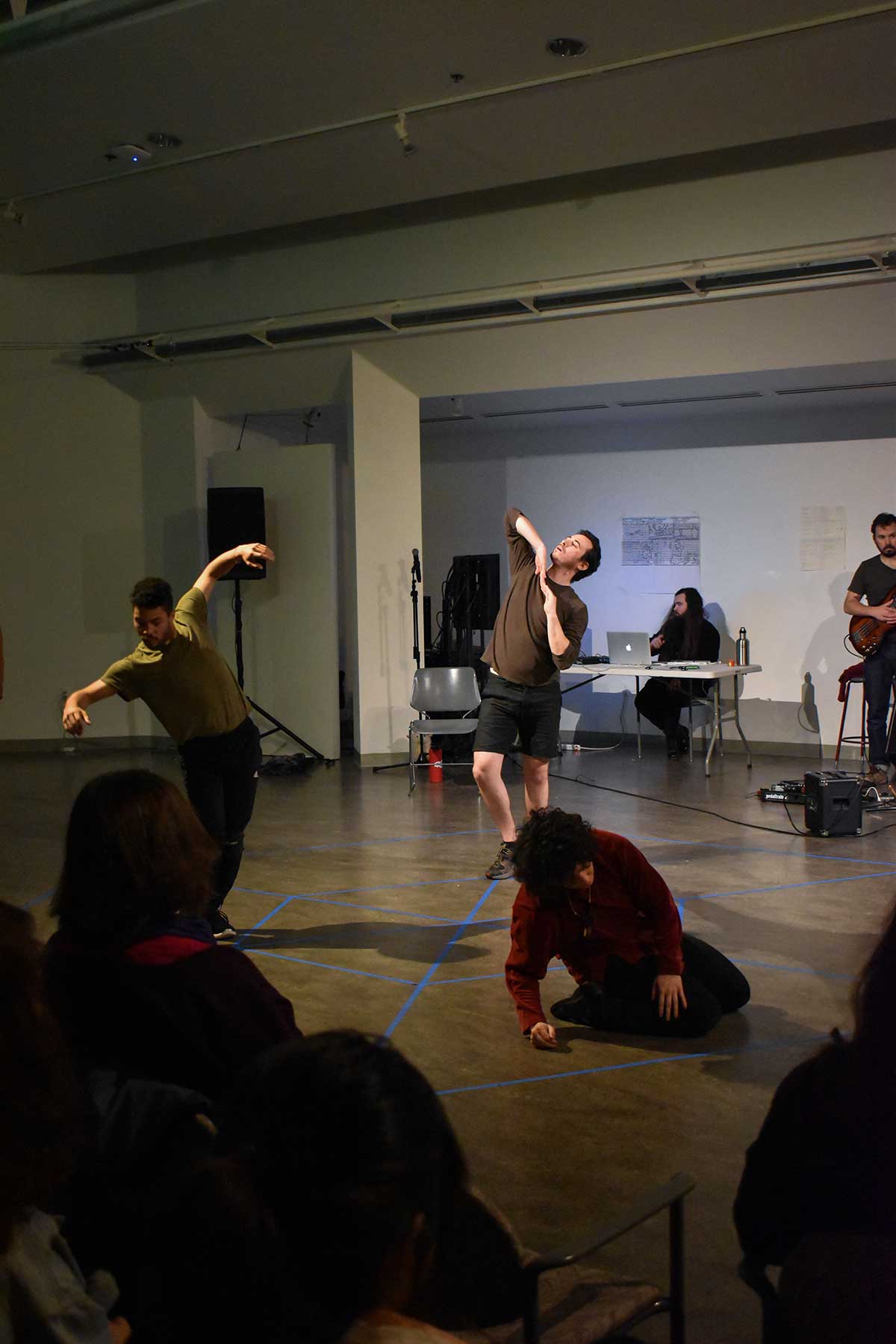 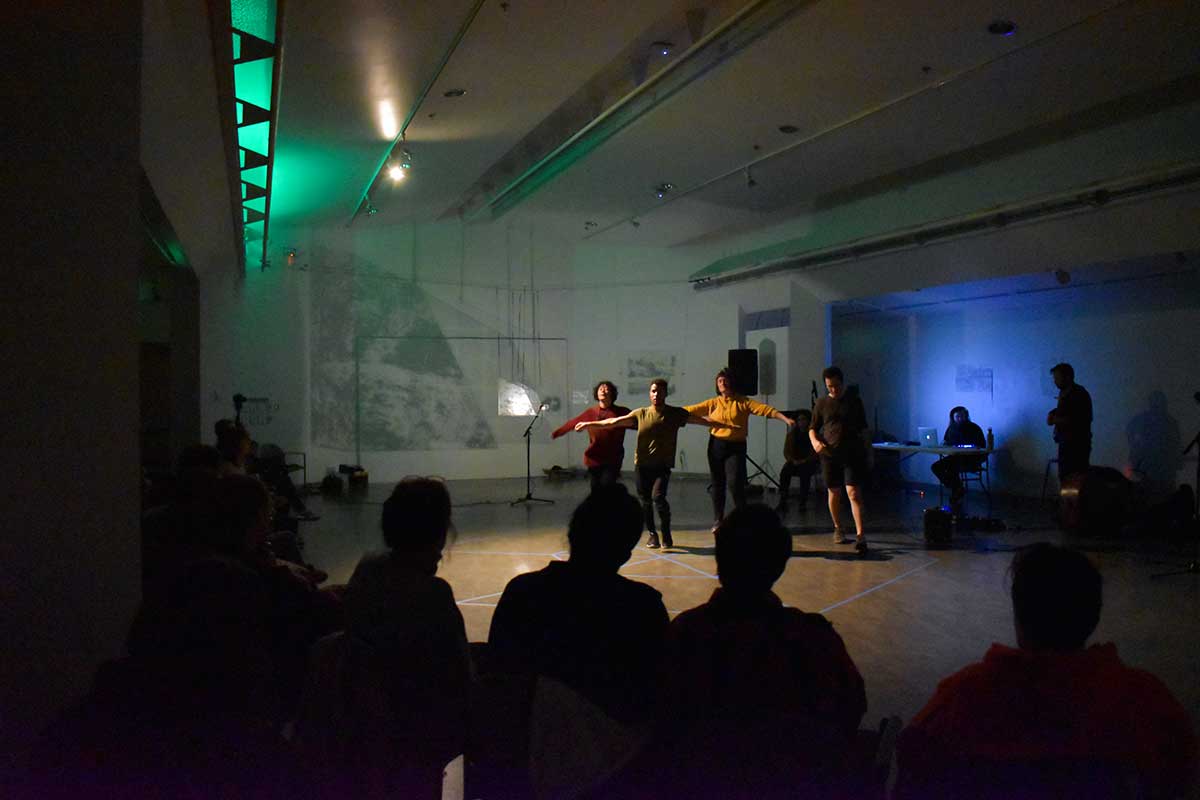 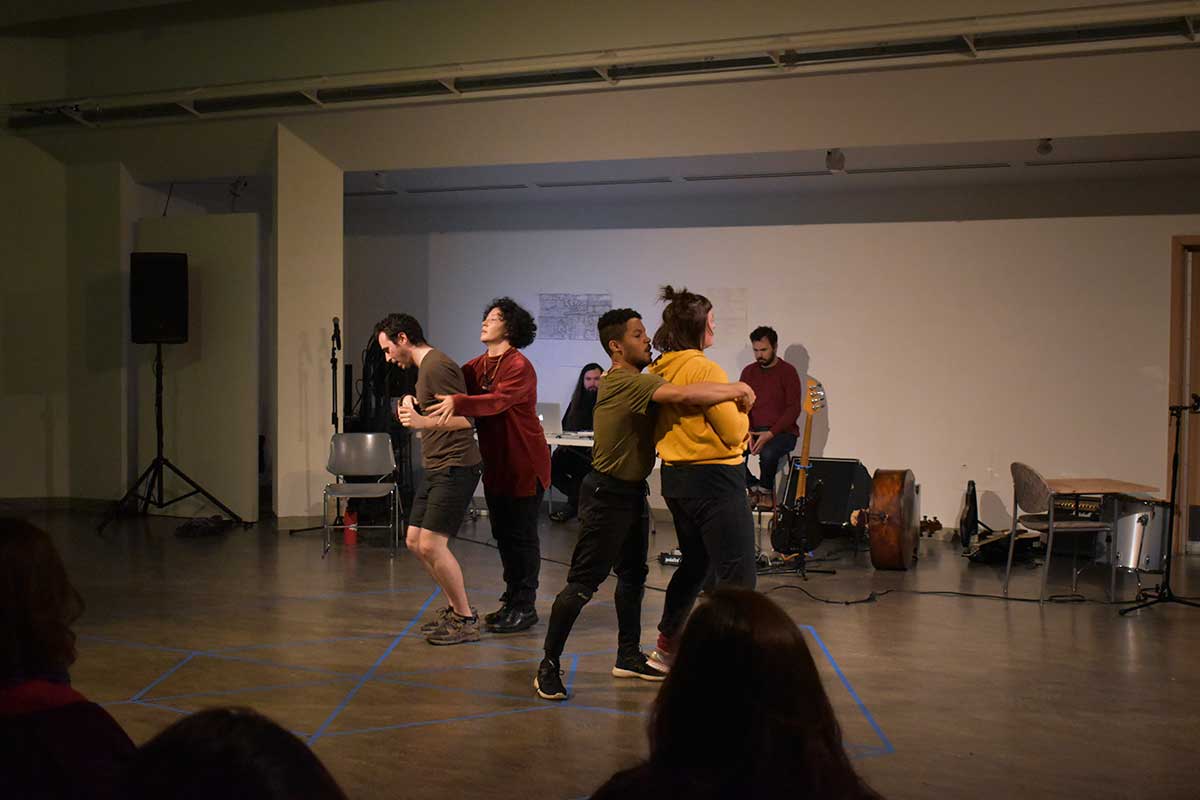 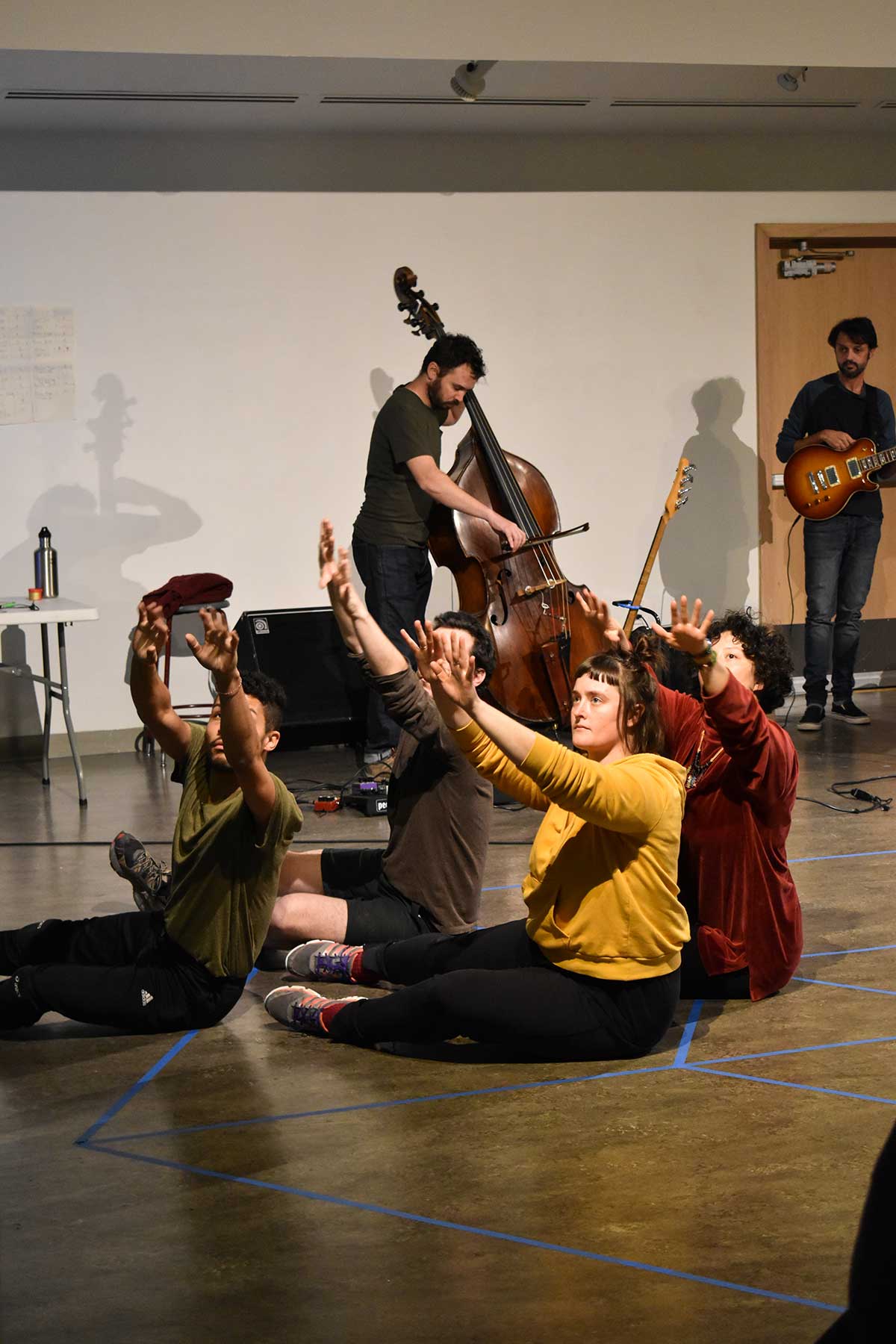 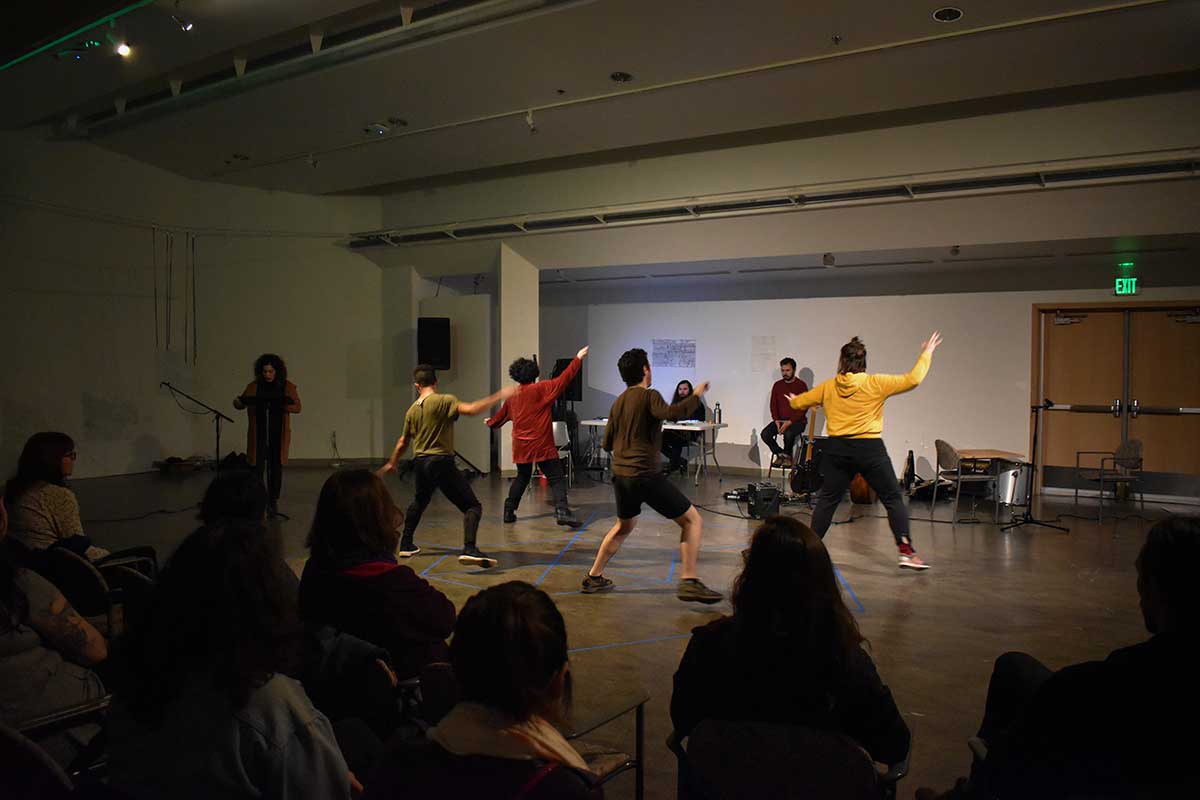 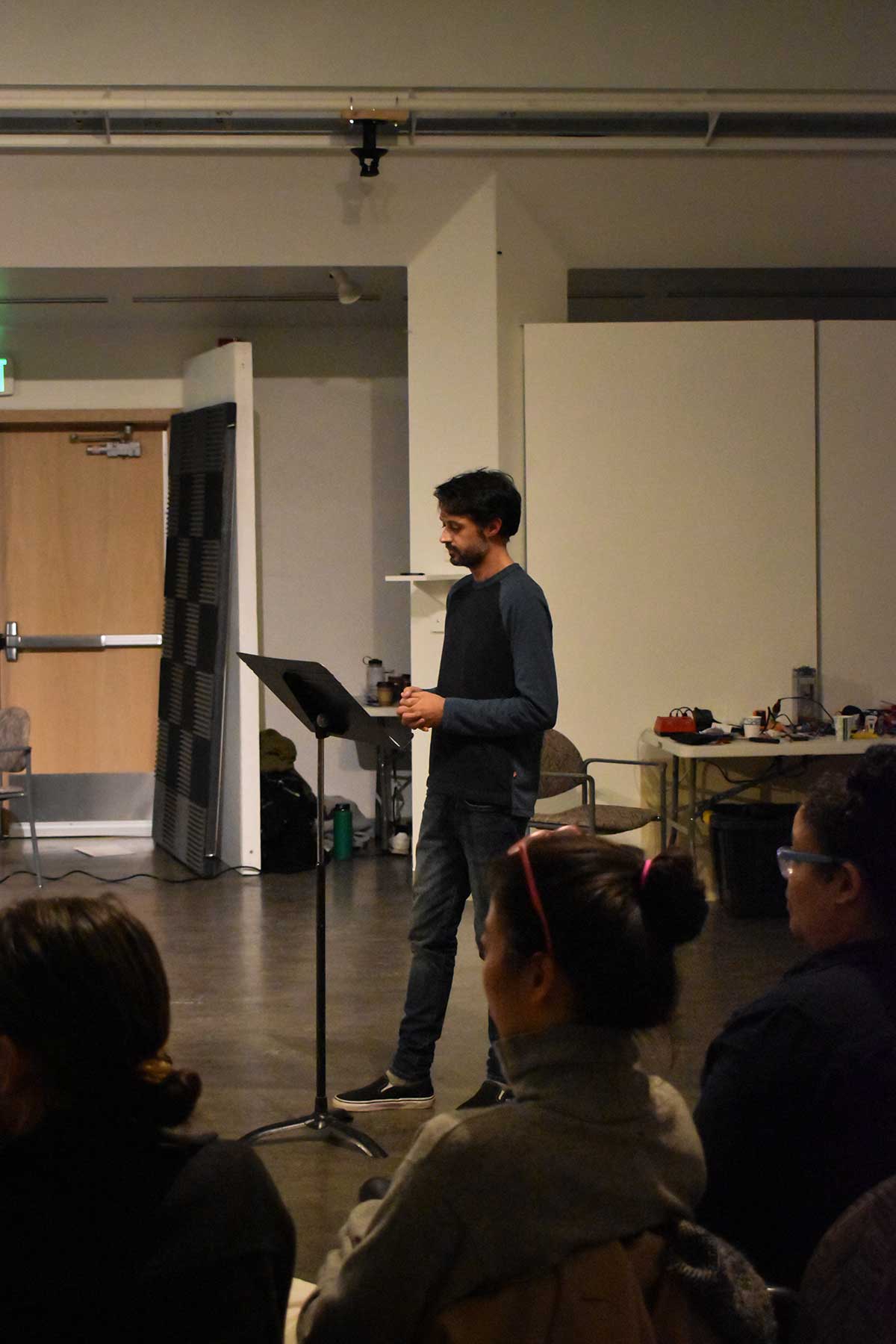 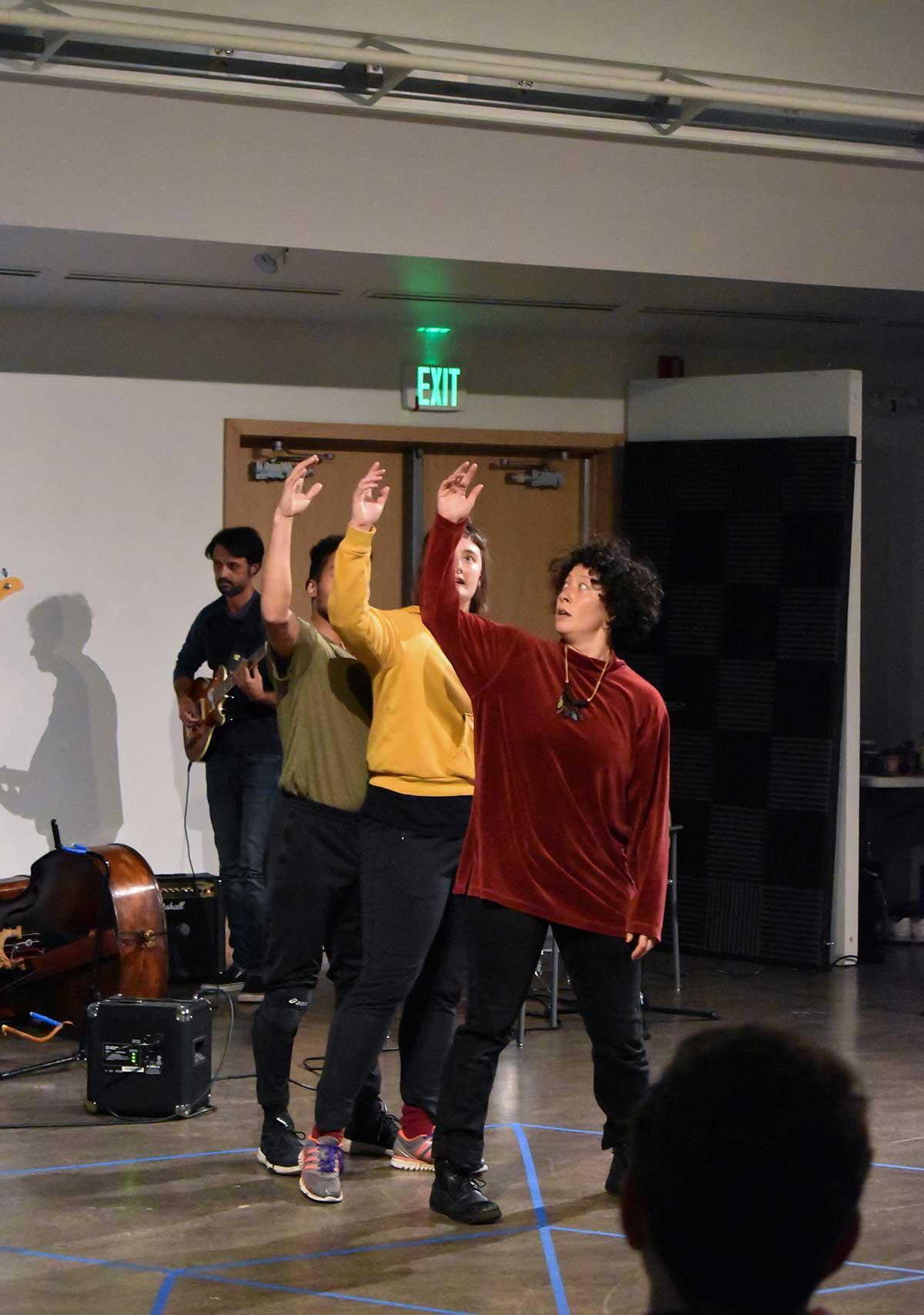 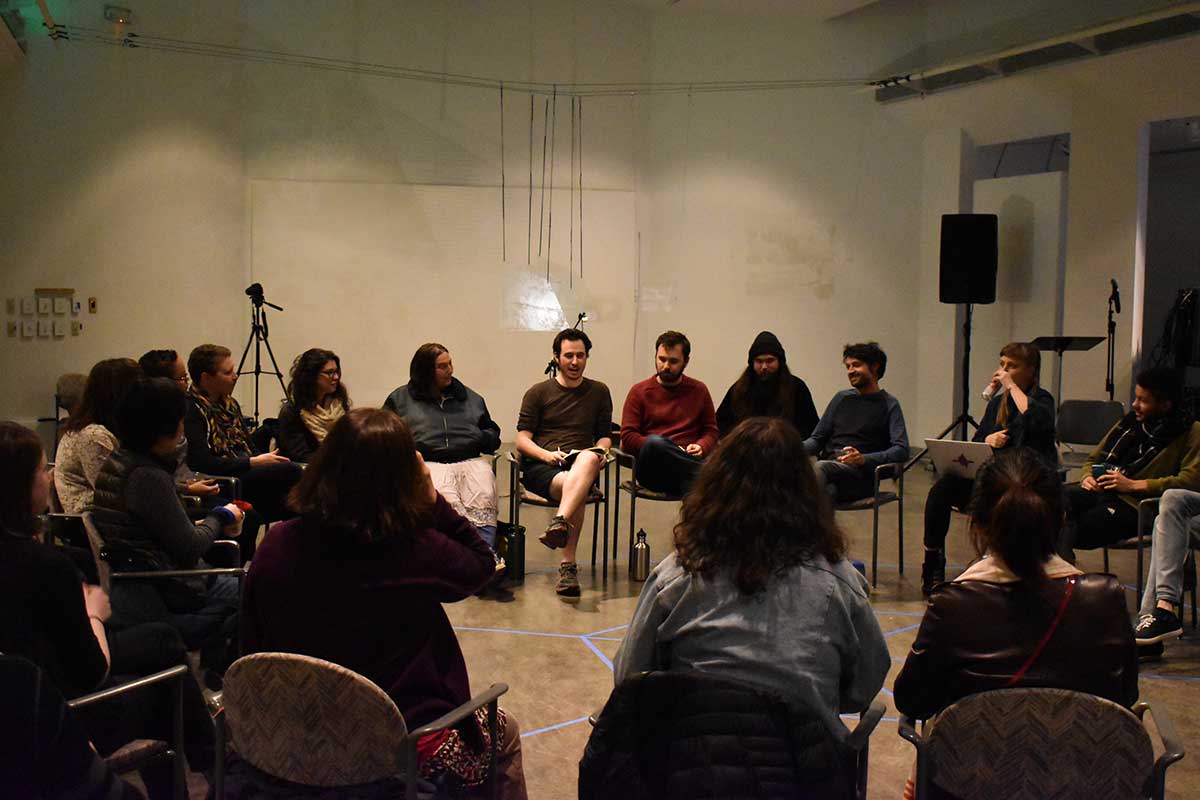 Talkback session after performance of work-in-progress

Tim Smith-Stewart | Jeffrey Azevedo is a Seattle-based artist duo creating contemporary art at the intersection of performance and installation. They are currently Artist-in-Residence at On the Boards where they are developing their latest project Salvage Rituals. Tim was recently a resident artist in the spring 2018 PICA Creative Exchange Lab cohort.

Tim and Jeffrey premiered Awaiting Oblivion—Temporary Solutions for surviving the dystopian future we find ourselves within at present at On the Boards in February 2017 and The Perpetual Insurrection of Claude Cahun at the Henry Art Gallery in October 2017. Awaiting Oblivion… was recently presented at the TBA (Time Based Art) Festival in Portland in September 2018.

From 2011-2013 Tim & Jeffrey co-created The Eternal Glow Project—a four-part performance/installation which premiered work at The Seattle Center Next50 (The Eternal Glow of Electric Hearts), On the Boards Northwest New Works Festival 2013 (Ω<1), and Lofi Arts Festival at Smoke Farm 2013 (Less than red, more than violet).