Oscillations damps according to a characteristic time. This demonstration is geared to demonstrating that damping using lasers (which tend to make demos more exciting at their mere inclusion). The system at rest looks like: 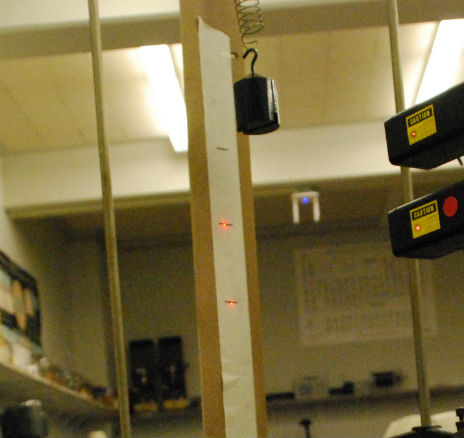 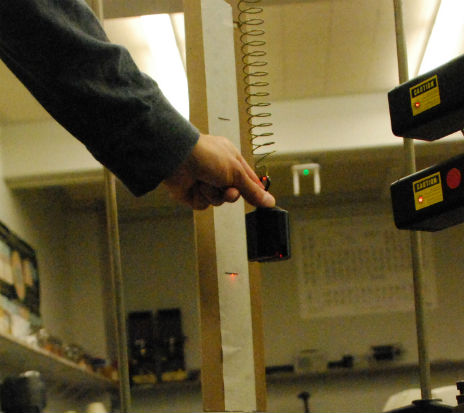 Release and let it go! The lasers make it very clear when the oscillations have decayed to half their original amplitude. 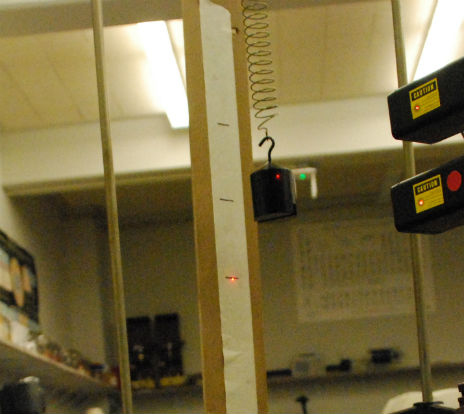 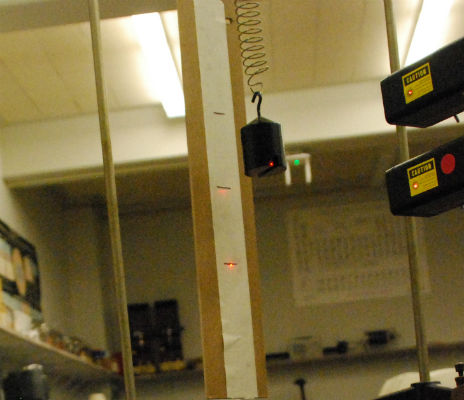 When it goes past, the mass ceases to eclipse the top laser. 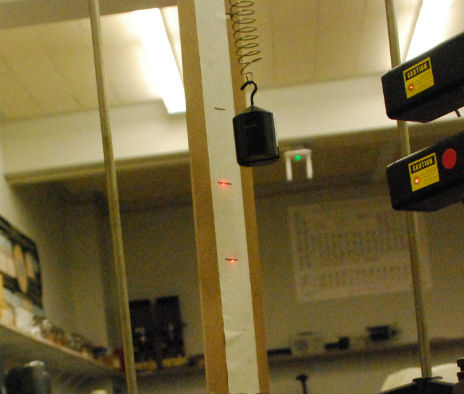 For reference, this is the full set up: 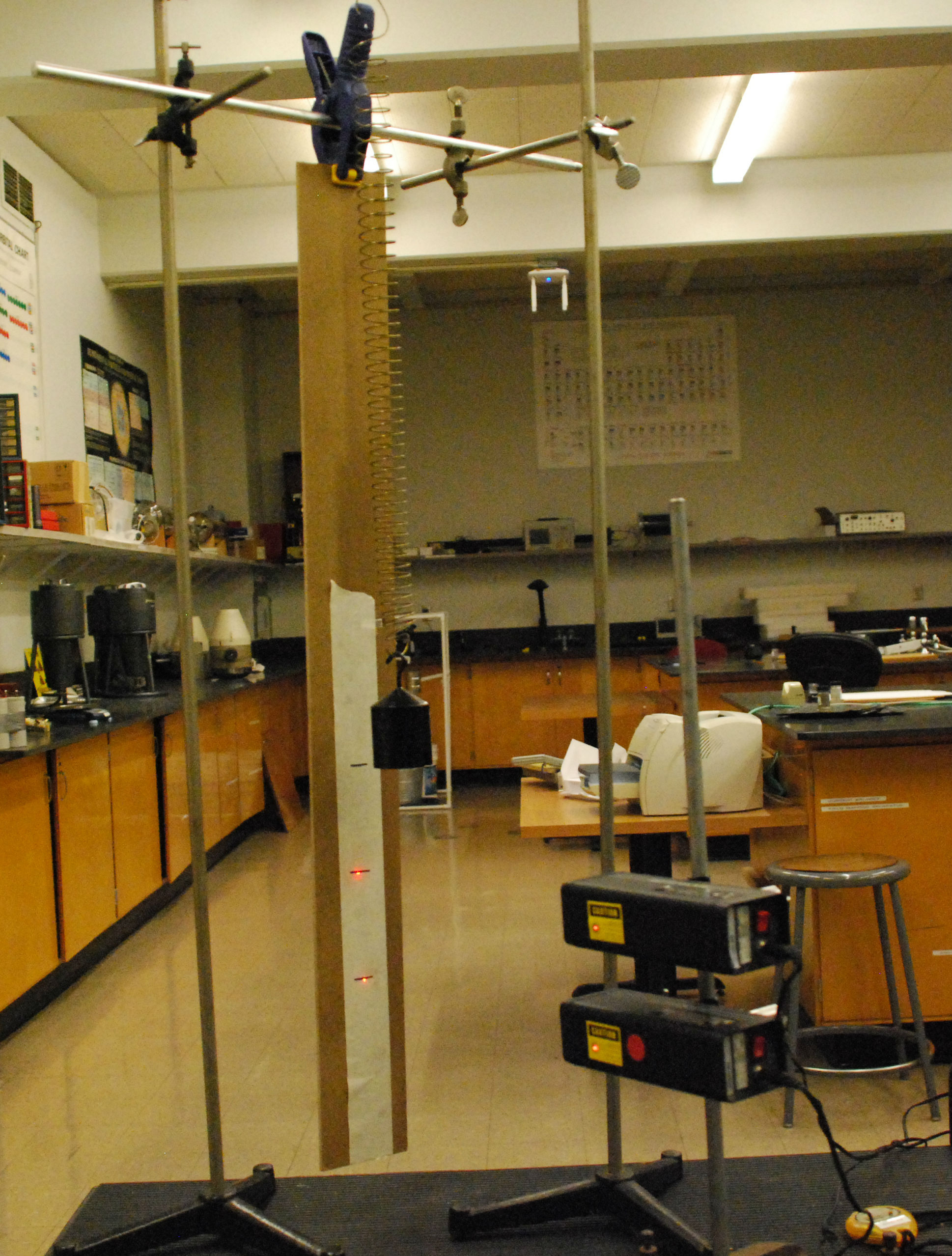