Two Paper Cups and a String

Most people should be able to recognize this toy from their own childhood. This is actually an excellent demonstration of acoustical physics and wave propagation. When used properly, sound can travel down the string virtually without losses. 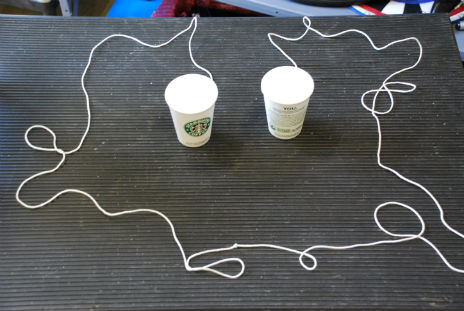