The laser refraction tank consists of a laser (I suppose that part should be obvious) and a tank (which I suppose should also be at least as obvious). The tank has angle markings, as shown, and a hole on top so that it may be partially filled with a liquid. 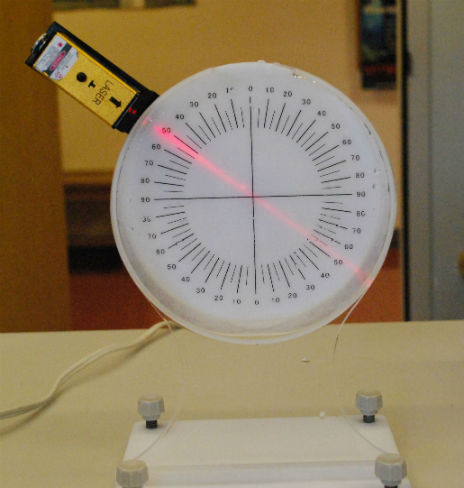 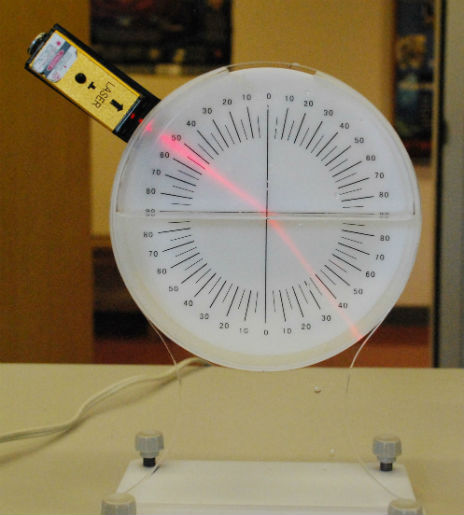 From beneath, the light bends away from the normal. 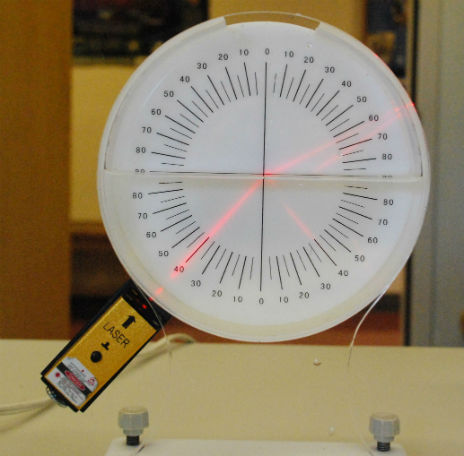 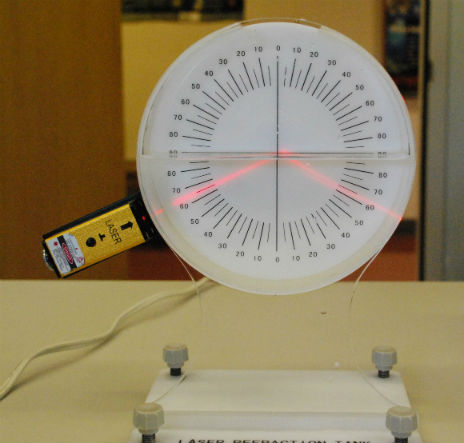