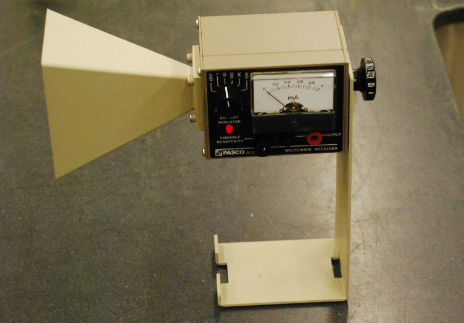 Now, we turn on the microwave lamp...I swear it's on, even if you can't see the microwaves. The detector appears to have something.

The detector sees microwave light, even if you don't. This reading shows that it is safe to insert a Hot Pocket. 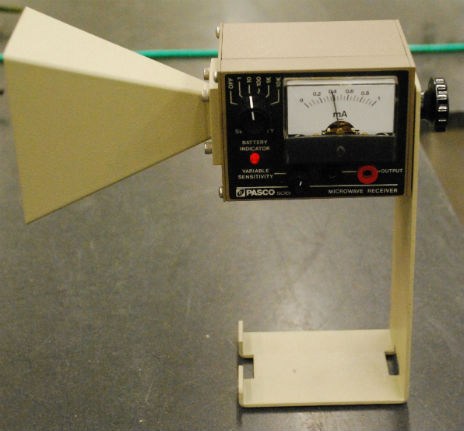 These little guys can also be used to demonstrate polarization. The emitter emits polarized light and the detector only detects a polarization that matches its own. If one is tilted with respect to the other, the detector will not read any signal. Similarly, a polarizer put between them can have a similar effect.