The slitfilm is a versatile sheet with various single-, double-, and multiple-slit configurations for investigating one dimensional interference patterns. The image below shows the arrangement of slits in the slitfilm. The left column is single slits of decreasing width. The second column is a double slit that continuously widens then abruptly switches to a single slit which continuously becomes thinner. The middle column is multiple-slit, or grating, configurations of varying slit spacing. The fourth column consists of identical slits with identical spacing but increasing numbers of slits. The final column contains double slits of increasing spacing (note that the first slit in this column has zero spacing and thus is simply a single slit and is identical to the thinnest single slit in the first column). 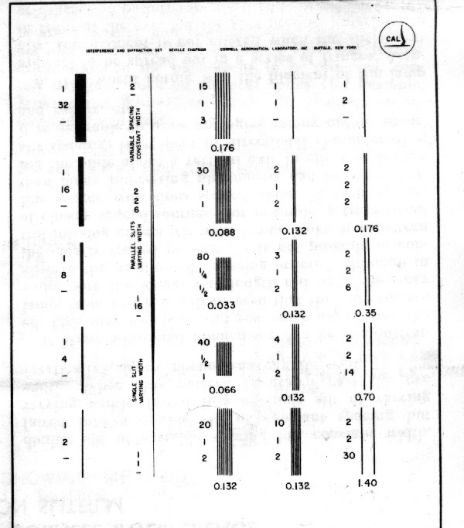 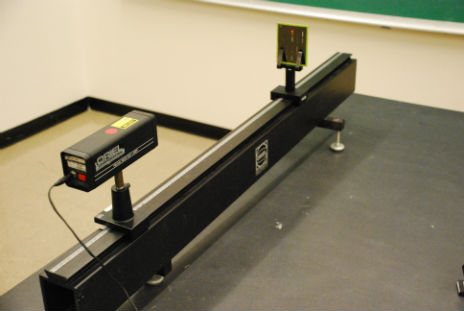 Zooming in on the last image (.704 mm slit spacing) to show the fine interference pattern:

The fact that these are so similar, especially the latter two, is further proof that physics is witchcraft.