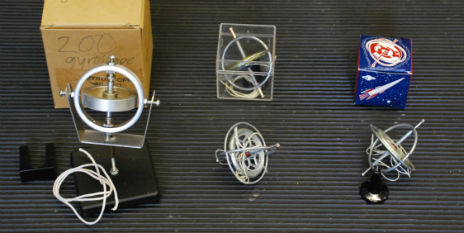 Our assortment of gyroscopes are excellent for demonstrating precession as conservation of angular momentum. Use the strings to wind them up to high enough angular velocity.