We have at our disposal a number of electroscopes. 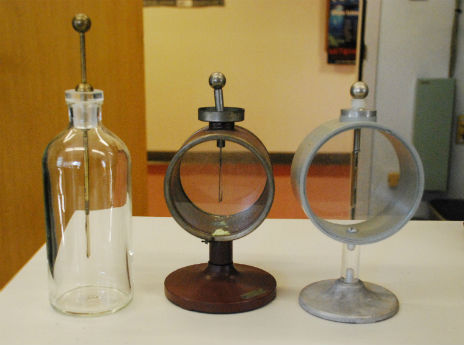 These are great for demonstrating basic electrostatics. The nub sticking out the top is connected to the stuff in the middle. The stuff in the middle comprises of the continuation of the solid conducting rod and a strip of foil. Normally, they sit in contact, but if they are given a charge they will repel. An electroscope can be charged using glass or rubber rods rubbed with silk or wool. The equipment required for a set of experiments involving an electroscope:

This is actually one of the most fail-safe electrostatics experiments I have ever seen. The photos included on this page were taken on a hot, humid day (which usually spells death for electrostatic experiments). If your results seem rather weak and unimpressive, rub the rods more vigorously and for more time and it should work. 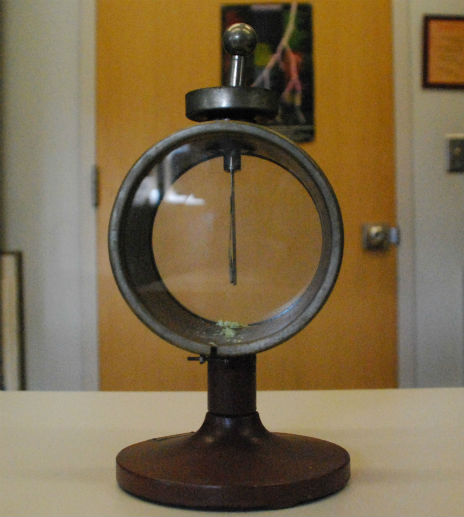 The foil is on the left side of the conducting rod. There is no net charge on this electroscope. This is a content, but boring, electroscope. Let's mix things up a little. We rub our rubber rod, making it negative, bring it close, and... 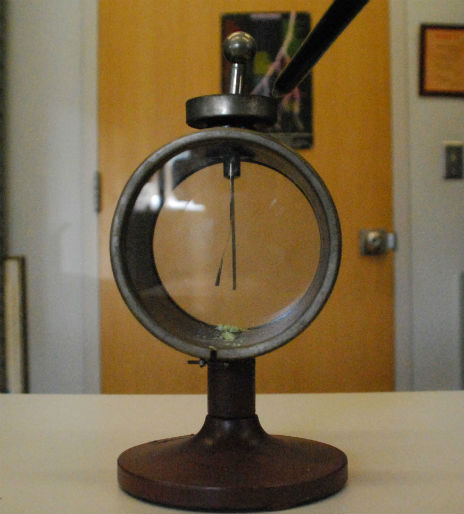 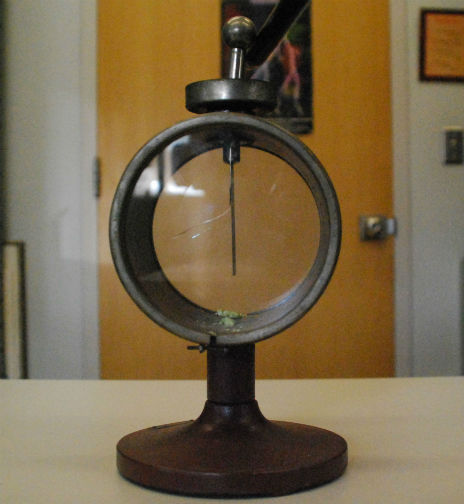 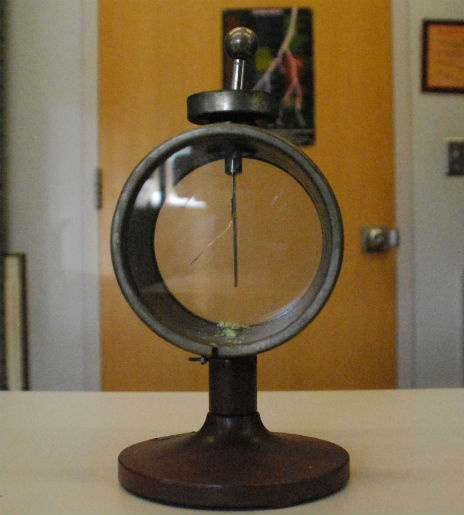 Bring back the negatively-charged rod and even more electrons get shoved down into the electroscope. 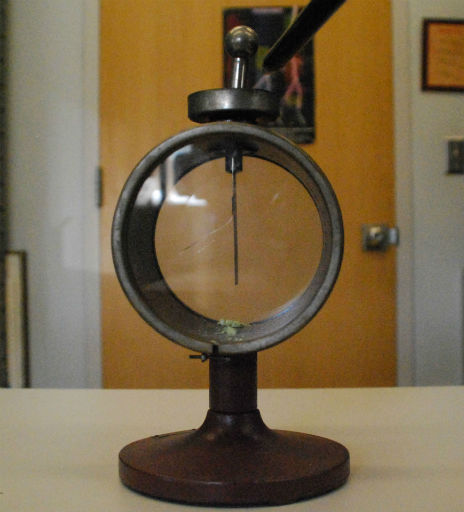 Charge up a glass rod with silk (giving it a positive charge) and bring it close and the surplus of electrons concentrates more heavily toward the top, neutralizing the lower part a bit. 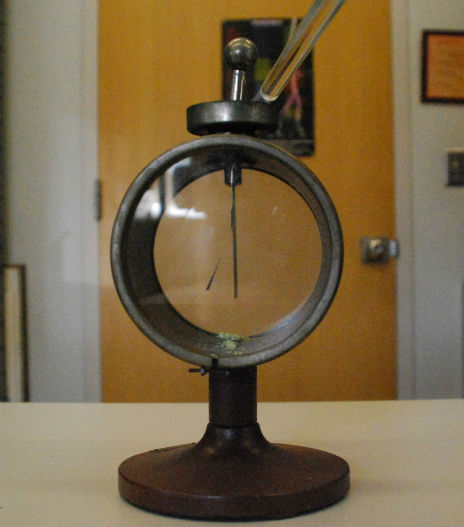 And of course I can ground the electroscope simply by touching it and stealing all those excess electrons. 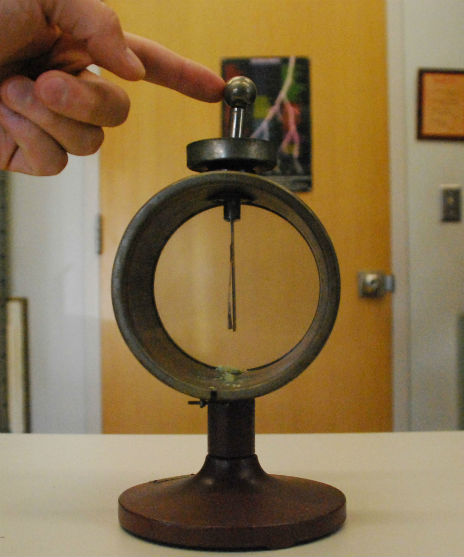 Now the electroscope is neutral again. There is no net charge to it. 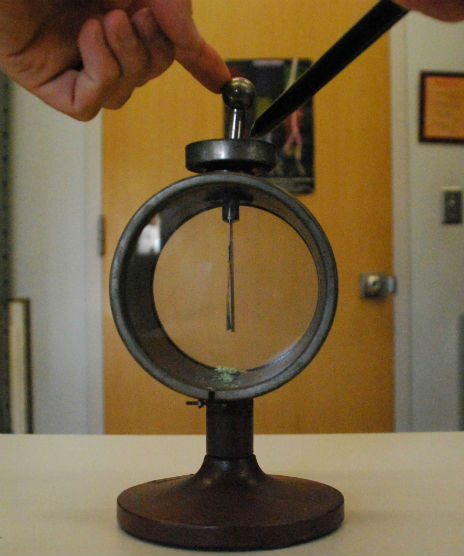 No charge is shown, which is understandable because the electroscope is grounded. I will hold off on the description of the physics for a couple pictures to make it more dramatic. For now, let's just go through the procedure. I take my finger away so that it is no longer grounded, and... 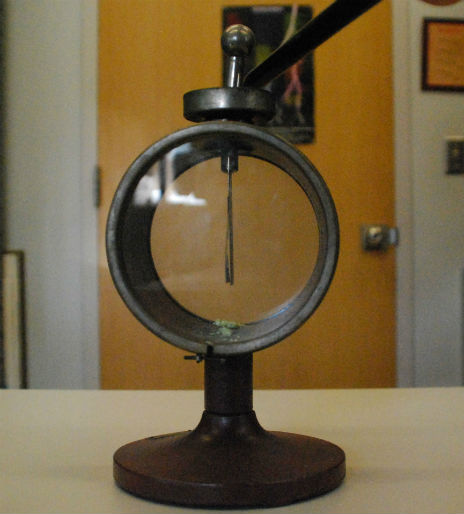 ...nothing. Even with the negatively-charged rod next to it, we still don't see any charge down below. What might that mean about the net charge on the electroscope? Let's hurry onto the next step before you get ahead of me and correctly answer that: let's take the rubber rod away. 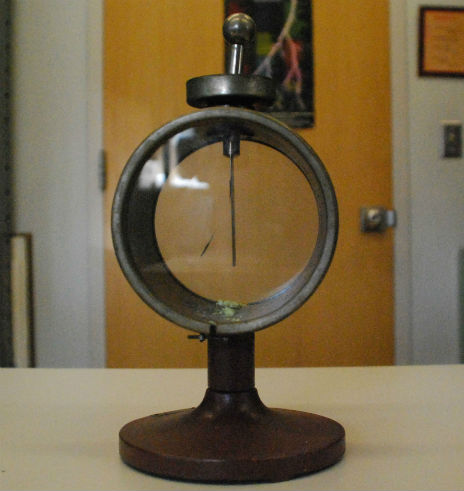 It is charged now! Excellent. So, obviously, since we used the negatively-charged rod to charge it, the foil should go even higher if we bring it close again, just like we saw in the previous exercise of charging by contact, right? 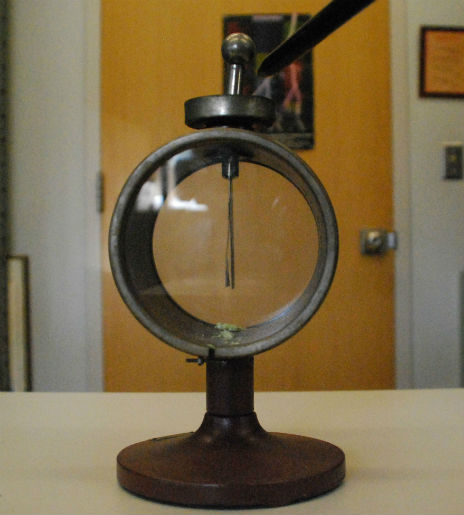 To confirm this, we bring the positively-charged glass rod close to see that the foil does in fact gain a stronger positive charge. 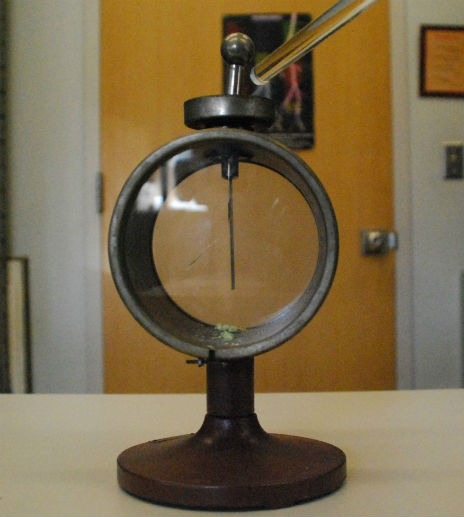 The last thing left to do is to ground the electroscope. This time, let's do it with fire, because everything is more fun and interesting with fire*! 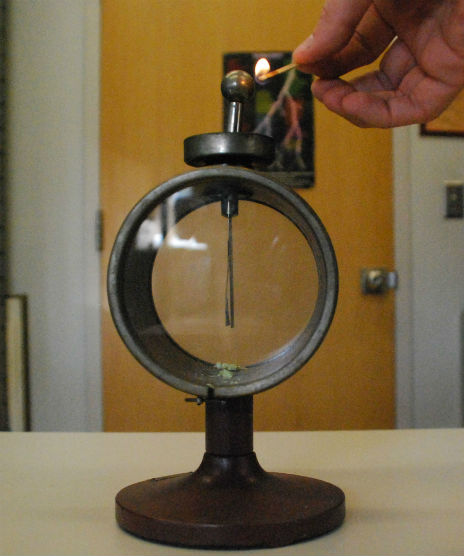 Fire ionizes the air around it, separating positive and negative charges. If this ionized cloud is brought near something charged, it will help neutralize it. In this case, the free electrons are attracted to the positively-charged electroscope. They meet up, hit it off, and live happily ever after.

*Our colleagues in the Chemistry department have repeatedly informed me that they do not share this opinion. This is why physics is and always will be superior.