Theatre
College of Arts and Sciences

Being a theatre major at Seattle University is continuously exciting and stimulating because there are countless hands-on opportunities that allow for a diverse and enriching experience that creates passionate and inspired students ready to tackle the real world. As work for our mainstage production You on the Moors Now continues, we thought we would take aside two students working on the show, gaining hands-on, real-world experience in two different areas of the theatrical world.You on The Moors Now, written by Jaclyn Backhaus and directed by Erin Murray, is a contemporary reimagining of the heroine’s journey, taking a spin on iconic 19th-century works from Jane Austen, Louisa May Alcott, and the Brontë sisters. We talked to actress Kimberly Le, who is taking on the iconic role of Cathy from Emily Brontë’s Wuthering Heights, and to the scenic designer of the show, student Adrian Alonzo Padilla. 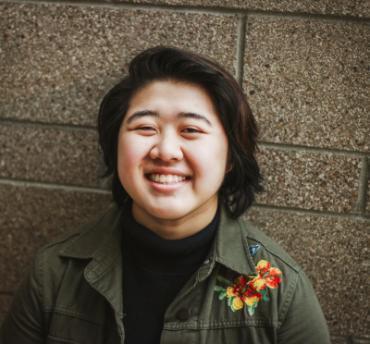 Kimberly Le (’22) is a first-year student currently working on her second mainstage production. In the fall, she acted in our mainstage production, The Conduct of Life, a play by M. Irene Fornes, an intense one-act play with a cast of only five actors. This quarter, she is playing the character Cathy from Emily Brontë’s Wuthering Heights in the play You on the Moors Now.

Determining how to play a character from a beloved and iconic 19th century novel can be quite daunting, and Kimberly has experienced the ups and downs of finding out how to bring the part to life. On the character, Kimberly notes that she has enjoyed “figuring out the ‘voice’ or personality” of Cathy and exploring her mannerisms.

“She’s very spirited and resilient,” Kimberly said, “but can be a bit impulsive and hotheaded.”

Kimberly found the initial introduction to this character the most challenging. “I was unfamiliar with her story,” she said, “but it’s been an amazing journey so far, and I learn something new about her every day.”

Working in such a large cast has been the highlight of this production, for Kimberly. She values the opportunity to work with this group of people whom she said are, “incredibly talented and dedicated.”

“Simply being able to be a part of this play is already an honor,” said Kimberly, “but I am extremely grateful for the connections and friendships I’ve made along the way.”

In reflecting on her time so far in the department and since working on the fall production, Kimberly says she sees the growth she has made in only a short time. Being able to work on a drama in the fall, and now a comedy this quarter, has allowed for her to learn and change. Kimberly hopes to continue acting at Seattle University in her remaining years, as this was a major factor in her decision to major in theatre.

“However,” she said, “if there is one domain, I would love to pursue, it is definitely directing.”

She hopes to assistant-direct or direct a show before her time comes to a finish at Seattle U. Kimberly has a passion for mystery and detective novels and would love to work on a piece of writing by Agatha Christie at some point in her life.

“Something about it is captivating” she said, “and playing with the idea of constant uncertainty is a realm I’m interested in.”

We’re certainly captivated to see what happens next for Kimberly! 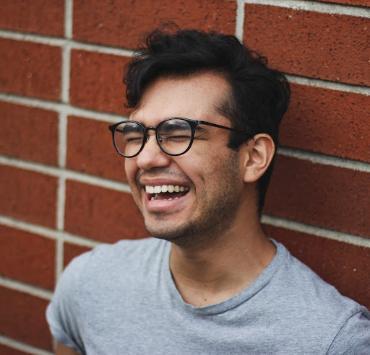 Adrian Alonzo Padilla (’19), now finishing his last year at Seattle University, has spent his time in the Performing Arts department as both an artist and an actor. Currently, he has had the opportunity to be the scenic designer for You On The Moors Now. On talking of his experience designing this show, he expressed how the process had been quite tedious, especially to begin, as he had to go through multiple ideas before compromises and decisions were made.

“But that’s the point” he said, “that’s the process of design. Some ideas fail, and some ideas go on to live a full life in the run of a show. That being said, seeing a string of ideas come into fruition by way of a set is incredibly satisfying to watch.”

But with failure comes success, and Adrian has experienced the support that comes from working with our faculty during this process.

“Working on Moors specifically” he said, “has been wonderful because of how many opportunities I’ve had to learn throughout the process. Every conversation with the director, fellow designers, my mentor, has led to another lesson about the work. That, and working with Isabella Rivera on the paint has been fantastic.” Bella Rivera is a third-year theatre and psychology double major who works as a scenic painter in our scenic shop and also has acted in many productions during her time here.

Coming to Seattle University, Adrian had no intention of continuing theatre after high school. It was the work and encouragement from Rosa Joshi, our department chair, who inspired his return to the stage. Now, as he finishes his last year, he hopes to continue theatrical design in the future, as well as exploring other areas of the theatrical world.

Upon reflection on his time at Seattle University and in the Performing Arts department, Adrian advises:

“Don’t become attached to your ideas. You’ll have a million ideas, let some of them move on to greener pastures.”

We will definitely take this advice, and we can’t wait to see what Adrian does next!

The Proposal by John O’Keefe
Performed by Casey Fern (‘10)

A Living History: The Life of Juana
written and performed by Megan Libby (‘10)