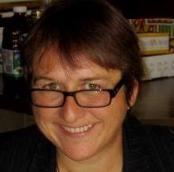 Dr. Thompson’s research spans from animation and color studies to New Zealand and Pacific film and visual culture. During her time at Victoria University, Dr. Thompson launched Victoria Visual Culture, an organization made up of 50 faculty members from different disciplines across campus who came together to discuss how visual culture interacts with their own work. Together, they ran three conferences, where faculty members and students alike were given an open forum to present research, papers, plays, and visual art. Dr. Thompson has already started forming a similar Visual Culture organization here in Seattle. It is her hope that this group will encourage people across Seattle University to start a dialogue with each other on the impact visual culture has on their own studies and research.

There are big and exciting changes coming to the Film Studies Department in the next few years. For the coming academic year, Dr. Thompson is introducing two new classes to the curriculum. These classes include History of Crime Film, which will study topics such as serial killers, couples on the run, and psychos, and Classic American Cel Animation, which will focus on older animation, such as Bugs Bunny and classic Disney films. She also plans to start a new film festival series, and wants to invite Pacific filmmakers Tusi Tamasese and Paul Wolffram to discuss their films with the students.

Dr. Thompson’s longer term plan includes a new curriculum, with a larger focus on production and specialized classes, such as sound design. She hopes to collaborate with the Theater Department for acting and production classes. In addition to these developments, Dr. Thompson also plans to partner with the Seattle Film Festival and the Northwest Film Forum.